All links are provided in the post. I will bold them. 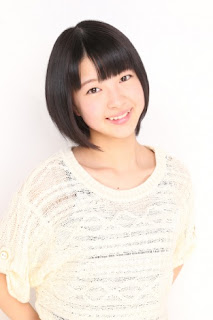 Today on July 5th, 2013, it was announced via the Hello! Project Official website that Otsuka Aina of Juice=Juice and Hello! Pro Kenshuusei would resign from the group. The decision is due to contract issues with her family.

An English translation of the announcement has been provided:


We sincerely thank you for always supporting Juice=Juice.

In line with Otsuka Aina's own wishes, along with some overlap of contractual issues with her family, we were unfortunately unable to reach an agreement with the terms of the contract, and with respect to her family's non acceptance of the contract terms, from July 5th Otsuka Aina will no longer be part of Juice=Juice or the Hello!Pro Kenshuusei. From now on Juice=Juice will continue on with only 5 members.
We beg the understanding of the fans on this matter, and hope that you will continue to support them.

I did not expect this. At. All... I don't think that it helps that this announcement has been made the same week Sea☆A announce their disbandment, either... wow. What next? Bump.y are gonna go? Wait, no... KNOCK ON WOOD!!!! Bump.y are staying!!!!!

That out of my system... no, I did not expect this... and I still don't know what to do. I'm actually gobsmacked by this news. It's still processing, I think... well, I don't know what to think. All I know is, though, that I can't imagine Juice=Juice without Otsuka Aina.

There is no way Aina is my favourite member, in fact I pegged her as the girl I least liked because her voice annoys me... in fact, I would have rather had the girl in MM, but to know that she won't be in Juice=Juice is a bit, well... it's weird. I don't know what to do with this information... she's just gone.

... Holy fuck, we had more notice with Ogawa Saki's departure, and that was bloody short notice, to say the least! This... I don't think we've been given the time to process the information that Otsuka Aina will no longer be a part of H!P.

So many fans waited for her debut!!! Holy crap, what the hell?

... Oh Christ, I think I am on the verge of a nervous breakdown... she isn't even my Oshi!!! Holy crap... seriously, what the heck!? I am going with some of the other Western fans on this one, I'm gonna dislike the parents right now because they are the only people I can dislike... arrrrgh, what the Hell!?

This post is going to get stupid if I don;t shut up, but really... what the heck? I don't want to even imagine a five-nin Juice=Juice! Okay, I love all the girls and all, but Aina was a massive part of the group, she was co-lead for crying out loud!!!! WHAT THE...

... Yeah, it's happened. Even a non-fan of Aina is feeling how utterly terrible this all is. I just freakin' pray the girls continue to go on strong without Aina, that or add Rikako in. Who knows? I have no bloody clue, all I know is that, right now, I need to stop typing and go cool my head.

... I need Cranberry juice. Hopefully they will add a Cranberry girl in next, and never graduate her.