"I've stopped calling myself an Idol" - Yoneko Transitions From Idol To Artist in Her New Song, 'SET FIRE TO NOW'

With the new year and a new decade already set in motion, self-produced soloist and former Bellring Shoujo Heart / Migma Shelter member, Yoneko, is set to make her mark this 2020 as she takes a step forward in her career by rebranding herself from 'Idol' to 'Artist'. 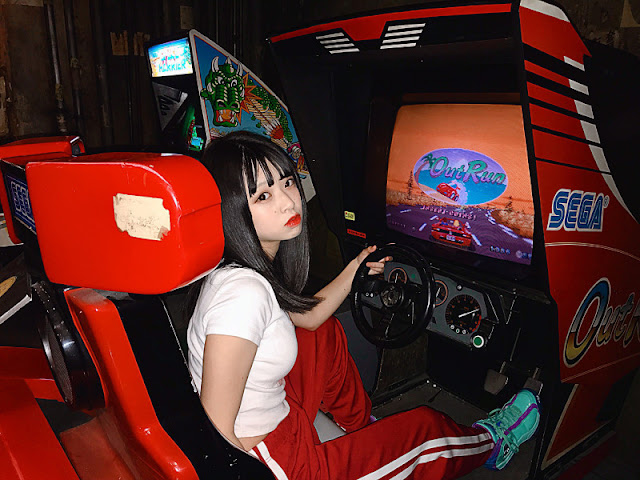 "I've stopped calling myself an idol. There's nothing there for me anymore. There is nothing I feel like doing as an idol."

With 2020 marking the fifth anniversary since Yoneko's performance debut, it only feels right that this would be the same year that the singer-songwriter drops the Idol tag completely. Now at a pivotal point in her career, Yoneko is entering the year with the release of a new song and music video that defines her freedom as an artist.

Acting as her first solo release in over 9 months, SET FIRE TO NOW is a statement piece that not only reflects who Yoneko is as a person, but also expresses the raw power and emotion that she has as a singer, lyricist and composer in both a visual and audial manner. Undeniably passionate from beginning to end, SET FIRE TO NOW is Yoneko's brilliant transition from an industry filled with restraints, to one that has no barrier that holds her back.

In sound this is a mesmerising piece, one that is inexplicably freeing thanks to its almost ethereal sound mixed with the textured beauty of the post-rock genre. Though it may seem like a more soothing song from the start, SET FIRE TO NOW progresses in a striking way, and will undoubtedly surprise and impress even Yoneko's most dedicated listeners.

There is a raw, deeply moving vulnerability to this piece that can only be experienced by listening to the song, as well as by watching the music video that accompanies it. Though an artistic visionary already, Yoneko has stepped up her game with the quality of her music video for SET FIRE TO NOW, which captures the artists passion, vulnerability and freedom beautifully.

Visually this is a stunning MV, one that you will not be able to tear your eyes away from thanks to the passion and honesty that exudes from the video itself. It's intense, with visuals that are textured and complex, often transcending the reality we experience. But this is Yoneko's unfiltered worldview, a peek into the complex mind of an artist who wants to share the vision only she can see, and it is through this very video that we as the viewers can experience and hear her freedom. It is not until the end, however, that we catch a glimpse of Yoneko's true freedom, and it is this very moment of the music video that I want other viewers to experience the most: Yoneko, content and at one with herself.

SET FIRE TO NOW is nothing like the music that Yoneko has released up until now, because what we have here is something that goes beyond 'music'. This is an experience, as well as sound that you will find yourself emotionally invested in. Stimulating, raw and powerful, SET FIRE TO NOW is Yoneko's passionate display that will see her transcend from the world of Idols to the world of artists, and I, for one, look forward to all that she brings after this.

Set for release on January 22nd at 21:00 JST, SET FIRE TO NOW will be available for online distribution only, with no plans to release the single in a physical format at this time.

If you enjoy Yoneko's music or recently became a fan of hers, you can find all of Yoneko's solo and collaborative physical releases, as well as all her other merchandise, at Idol Underworld.

*I would like to extend my thanks to both Yoneko and Derek Vasconi for providing me with this press release, and look forward to sharing the video and song in full on January 22nd, 2020.
Posted by Chiima at 19:44