"I want this to be a group that doesn't lose to anyone!" - An Interview with LONDON BLUE

Earlier this month, I was contacted by LONDON BLUE asking if I would like to interview the members. With the up-coming debut of newly appointed member, NOA, I knew that I had some questions I wanted to ask the two girls who make up the cool & cute group inspired by Pop, rock and the iconic London landmark.

This interview will mark my 4th time talking with the group, but the first time interviewing both AILI and NOA. Please enjoy the interview below. 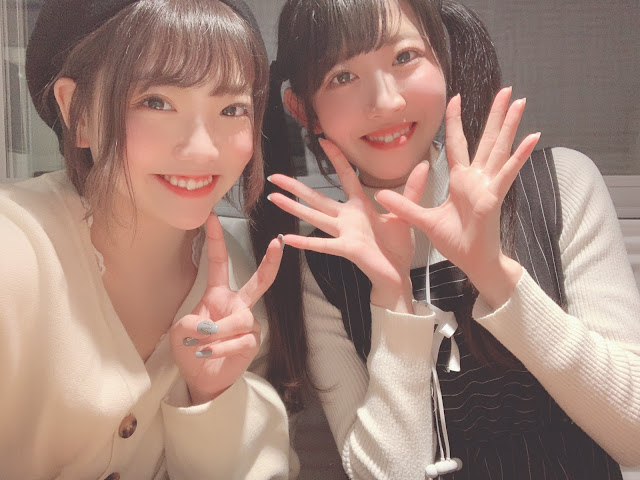 The following Interview was conducted via e-mail.

Active since September 2013, LONDON BLUE is a group with a COOL & CUTE image and a sound that will either charm you, or simply rock your socks off. A lot of the groups inspiration undeniably comes from Britain's capital, London, and more often than not you will find that influence infused into the groups sound style, as well as their fashion on-stage.

Similar to most other Idol groups, LONDON BLUE has had its fair share of old and new members, with NOA being the most recent addition this year. Debuting on January 31st, this will end LONDON BLUE's current one-member system, which AILI has dedicated herself to whilst also being active as a member within Ange Mignon.

Before AILI and NOA debut the latest chapter of LONDON BLUE on January 31st however, let's take a look at what the girls have to say in regards to their image of the group, their goals for the new year, and what inspired them to become Idols... 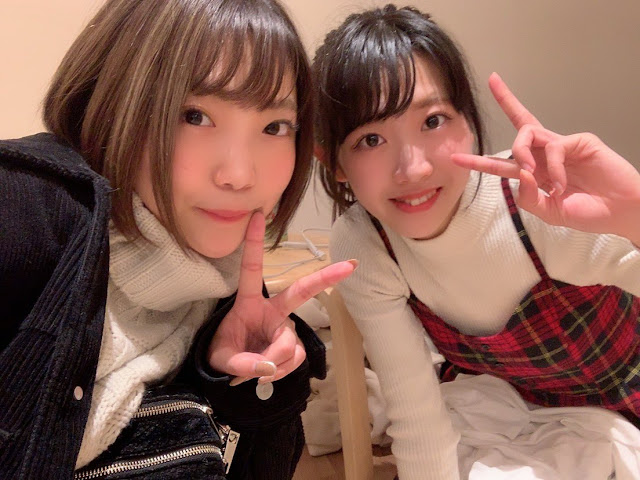 Welcome! Please introduce yourselves to the readers in a cute and cool way.

A: I am AILI, the fairy of lactic acid bacteria who also loves seals! Please call me Aipon.

N: Nice to meet you! I am LONDON BLUE's newest member, NOA!  \ (◡̈) / I am a 21 year old whose favourite food is omelette, and my hobby is watching baseball! Thank you very much.

LONDON BLUE will be reborn with 2 members on January 31st. What is the most exciting part about this new chapter for LONDON BLUE?

A: Because new songs have been created for us, I'm looking forward to singing and showcasing our chorus style.

AILI joined in September last year and was recently appointed leader. Congratulations! You have worked hard protecting LONDON BLUE's name and image for this long. Were there any difficulties you faced during this time?

A: I did struggle with the dancing and singing side of things, but I was also lonely because I was alone.

And congratulations to NOA who became LONDON BLUE's new member. Is there anything that you are excited or nervous about in regards to becoming a part of this group?

A: Congratulations on joining LONDON BLUE, NOA-chan! I look forward to singing and dancing a lot together in the future.

I am excited and overjoyed at finally being able to meet everyone! I have been waiting to return to everyone for a while now.

Airi-chan is really good at harmonising, so I am excited to debut! I think that we will do our best not to lose to anyone else!

Prior to the both of you joining LONDON BLUE, what sort of image did you have of the group? Has that image changed since then?

A: Before I joined, the image I had was that of a 'cool' group, but after joining that image changed a little, because I know that there are also cute songs as well.

N: That you can play instruments and sing! Now, even after joining LONDON BLUE, my image of the group hasn't changed that much, but I do think that Airi had a fluffy, cute, Idol-like image, unlike what you see in photos. 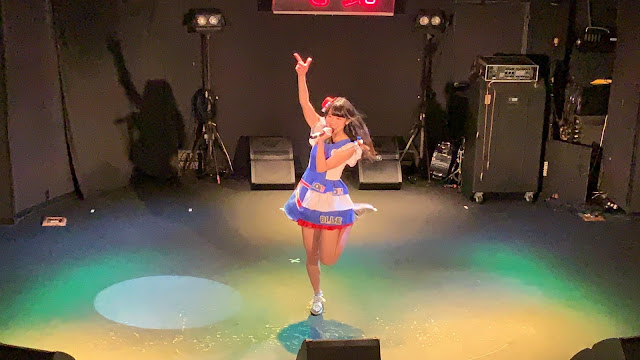 AILI performing as the sole member of LONDON BLUE

As you are both Idols and working hard towards your own dreams, can you share with us what kind of Idol you would like to be seen as?

A: I want to be the kind of idol who makes many people smile and feel happy after watching my live performance!

N: An idol who can do anything and make many people smile!

I love variety, so I want to be an idol who can also do variety as well, and I want to be the kind of idol that you look at and smile after seeing.

And what inspired you both to become Idols?

A: Japanese idol animation. I've always loved anime based on idols, and that made me want to become an idol, too.

N: At first I wanted to be a model and applied to become a part of an agency, but then the president recommended that it would be better if I joined an agency for idols, so I went down the idol path instead!

I was a member of Yan-chang Gakuen for three years, but I ultimately auditioned for LONDON BLUE because I wanted to be an idol again!

As LONDON BLUE is a group partially inspired by the British pop-rock movement, are there any British landmarks or locations you like the most?

A: I've never been there before, but it would be London. 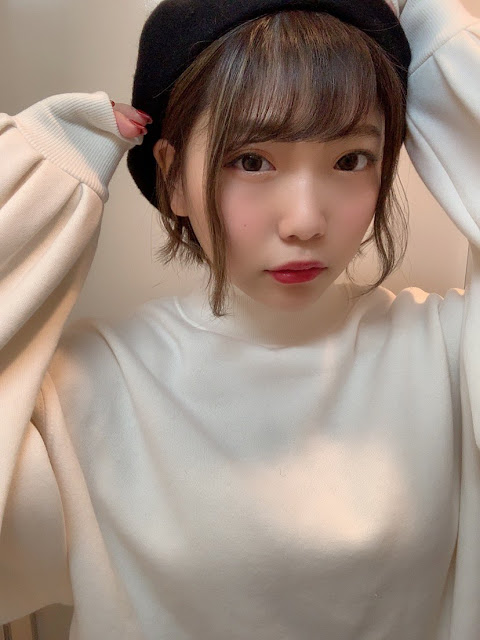 2020 is the mark of a new decade. What would you like to achieve in this year in both your personal life and as an Idol?

A: As an Idol, I want to win the Tokyo Candoll* tournament. In my personal life, I just want to graduate from University first... (laughs)

N: First of all, I would like the number of Twitter followers to increase, appear on TV and increase the number of people who support us, then we can achieve many things.

But the #1 thing is to hold a live at Budokan!

*Tokyo Candoll is an Idol contest in which Idols compete to be chosen to perform on the main stage at Japan Expo in France. Chosen performers are voted for by their fans, and each year around 90 Idol groups participate in the event.

If LONDON BLUE is given the opportunity to do a world tour one day, which countries would you like to see yourself perform in?

N: It has to be London, of course! There is a video of my seniors' live performance in London, but I want to stand on that stage as well.

Together you will create a new kind of LONDON BLUE. Please tell me in your own words what LONDON BLUE's strength is with AILI and NOA as its members.

A: Character, personality and singing.

N: It has to be Airi-chan's harmonisation and my singing. LONDON BLUE is really focused on singing, so I want you to experience that.

Is there anything that you would like the foreign fans to know about the both of you and LONDON BLUE?

A: LONDON BLUE's songs, as well as the two of us.

N: I really like baseball, so I want you to know that I love baseball!! I go and watch baseball games more than 15 times per year ✨

I would also like you to know everything you can about LONDON BLUE!!

Finally, please leave a message for your fans and the readers.

A: Thank you very much for supporting my solo activities for a short amount of time. We will do our best to provide a better performance than ever before, so please look forward to it!

N: Thank you for your support!! I hope that I can try a lot of things that I couldn't before now that I am in LONDON BLUE.

I am competitive and hate losing, so I want this to be a group that doesn't lose to anyone else!

Thank you for your continued support. I love everyone~♡ 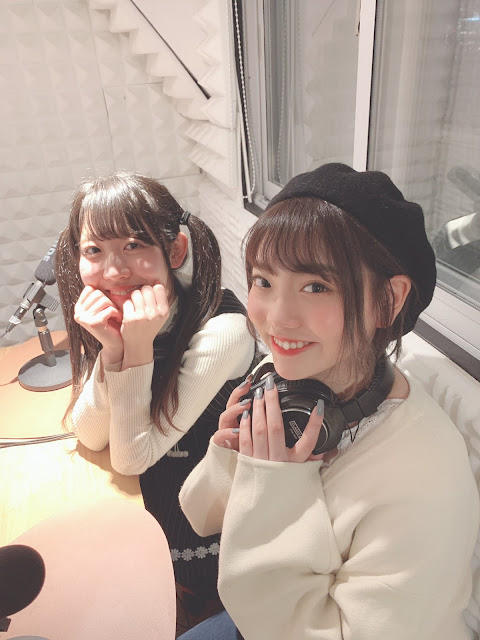 - Do you have a catchphrase?

- Which song do you like most at the moment?

N: The new song! It's a song that I have been working on since joining the group, so I'm really fond of it.

A: On stage they perform brilliantly and smoothly, making everyone happy, but I think that even in the shadows, a lot of effort is put into what an Idol does.

N: Someone who exists to make you smile, give you energy, courage and excitement just by looking at them.

- Who produces the costumes for LONDON BLUE?

A: Satou Sumire (formerly of AKB48 / SKE48) has produced our new costumes for the January 31st performance!

N: The newest outfit was made by Satou Sumire, formerly of AKB48! I really like it!

N: Hmm... It's often said that I seem cool upon first meeting me, but when I begin talking I have been told that I am completely different, so both (laughs).

Thank you very much to both AILI and NOA for being a part of this interview, and thank you to LONDON BLUE's staff for making this interview possible.

LONDON BLUE's newest formation will begin their activities on January 31st at Club Citta in Kawasaki, where the group will also debut their newest song(s) and costumes. The songs have been composed by Sudo Junta, one of the two composers for WaSuta's song, The Biggest Paradox (2017).

Please look forward to LONDON BLUE's newest formation, and watch out for any information on their newest songs and costumes!