Idol'ween: The Simulation of Death - Fall at The Mercy Of JyuJyu in 'Noroi Hajime' (PV Review)

With magic, mischief and malevolence on the horizon this Hallows Eve, let's celebrate the day of tricks, treats and dress up with our very own Idol'ween where I will review a selection of PV's themed around magic, nightmares, dress up and horror! Whether it's cute or spooky depends on the group in question, but with a collection of cute idols, fun themes and one or two spooky PV's thrown into the cauldron, there will be something for everyone to enjoy!

Tonight we enter a simulation of death, one that is difficult to escape. With a lot of persistence, a little bit of knowledge and some evasive skills, you might just manage to get out of your little predicament. But be careful, because no matter where you run, no matter how much you hide, the members of JyuJyu will try their best to find you!

It's time to tip toe our way through the house and use our skills as Horror Game masters to get through this hellish nightmare that is JyuJyu's horrific PV. Are you ready to fight for your life, dear readers...? 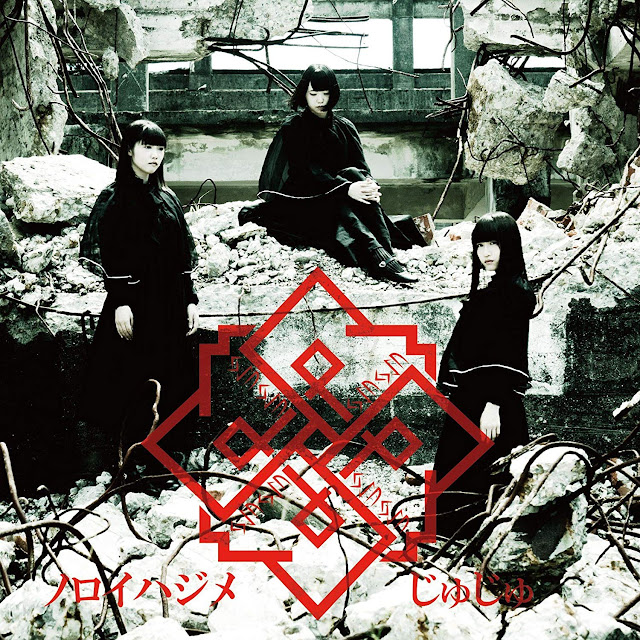 Formed in 2014 and currently active with four members - Neu, Miori, Yurane and Chiyun -, JyuJyu are an alt-idol unit who focus on the cursed, the darkness, the absurd and jealousy. Toting one of the earlier 'dark themed idol groups' gimmick ahead of a few other groups, I was initially intrigued by JyuJyu some time ago, but never continued this interest in pursuit of my stereotypical 'cute' idols. Of course I try to keep up with them, however life gets in the way of that. Therefore, I watch their music videos every now and again, often stumbling upon hidden gems.

And boy oh boy is this a hidden gem. Perfect for the season of horror and malice, JyuJyu's Noroi Hajime creates a wonderfully hostile environment that creates fear of ones surroundings, fear of the unknown and more. Viewer discretion must be advised, however: This PV is violent and dark, with depictions of death and blood throughout. So for your sake I am leaving a trigger warning before the pic spam begins for those of you who do not like seeing violence or horror themes in your media.

With a quick revelation to add, the PV for JyuJyu's Noroi Hajime was released on October 29th, 2016. Without even realising it, I procrastinated this review until its third anniversary. So, Happy 3rd Anniversary, Noroi Hajime!

Now, for those of you who will take on JyuJyu's challenge of survival however, I hope you are prepared for what's about to come your way. What will you do in your moment of danger, and will you find a solution to your problem? Or will you perish like many others have done before? It's time to find out in this game of cat and mouse, so get ready. 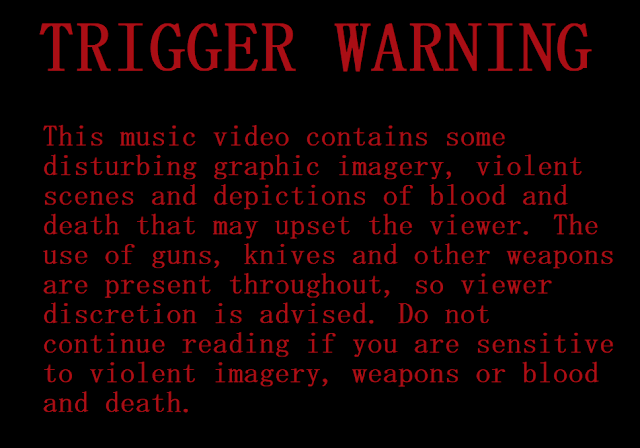 Do You Know What Happiness Means?

God damnit, my laptops playing up again! -smacks side of laptop repeatedly-

Well, this doesn't look promising. Where the fuck am I, and why is my frame of focus in fish-eye lens? 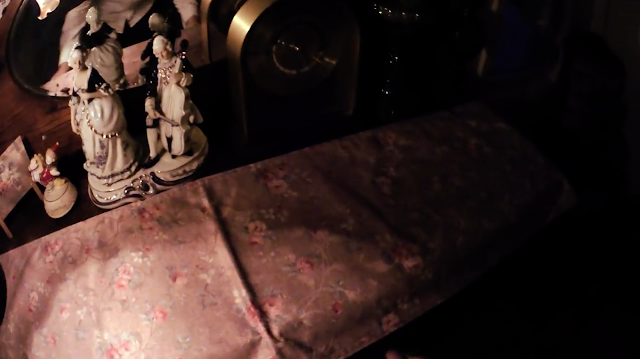 Aw, that's a cute table cloth, and look at those figurines! The same ones my mother used to have. How lovely.

Okay, stop messing around... gotta figure out where the feck I am with this poxy torch... 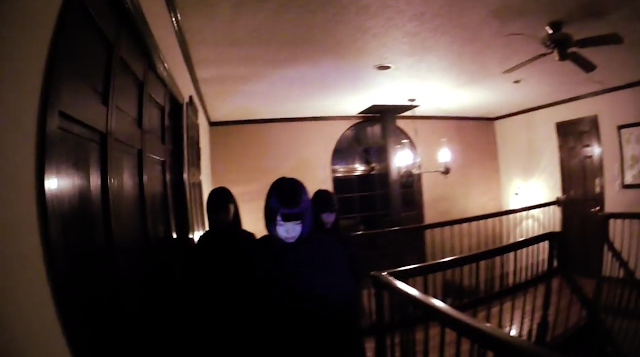 Erm, who the heck are you? This is my room, not yours. Please go back to your own sleeping quarters, ladies. 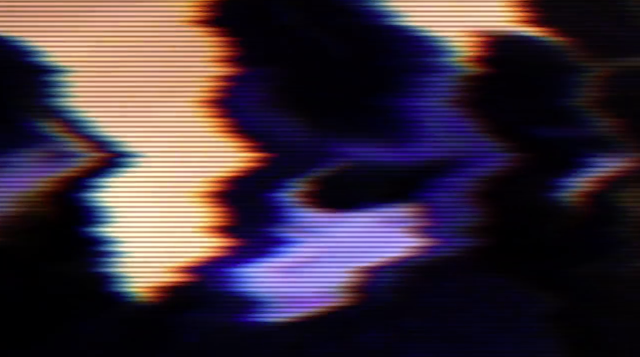 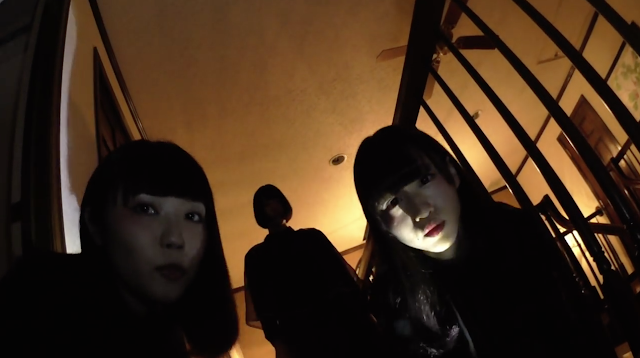 What the fuck do you want with me, you crazy bit--- 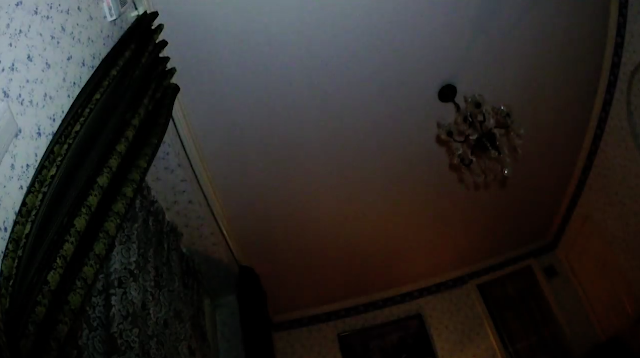 The fuck is this shit?

Welp, time to hop the fuck outta here. Is the window open? 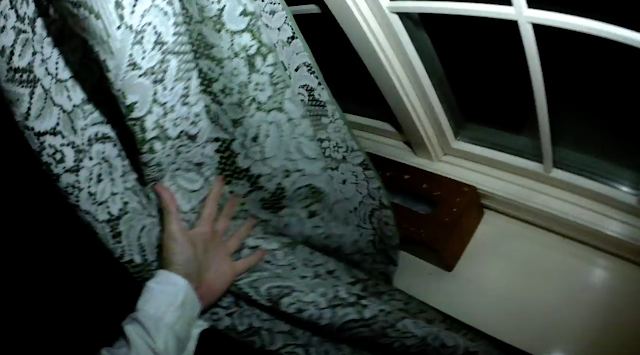 Nope. What a great fucking use this escape route is, aye? 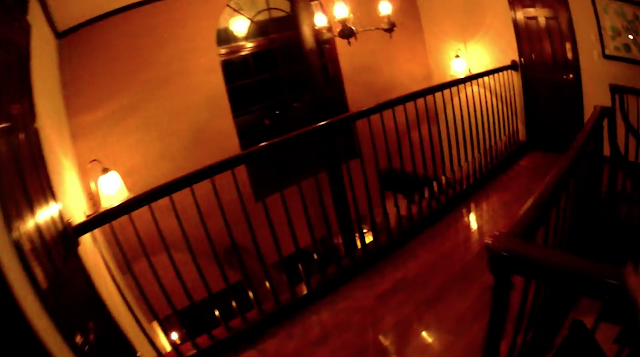 Nope. Back out here again, minus some creepy girls who want to straight up murder me for the hell of it. 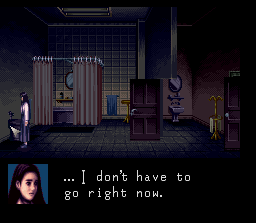 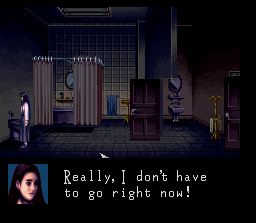 I finally understand how you feel, Jennifer! 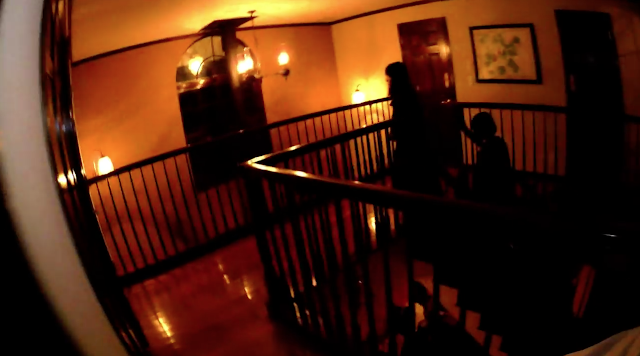 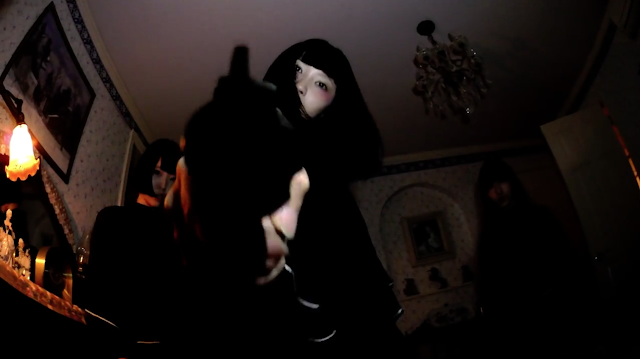 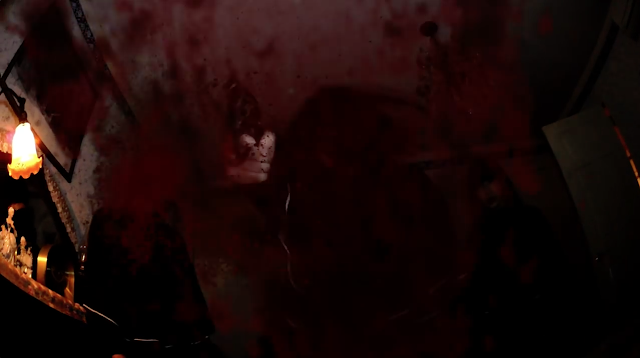 Wait, wrong time to think of that song. Kinda died.

Well, at least I know where the bloody torch is this time. Maybe I should take one of those statues, too, knock one of those girls over the head with it and all...

(And hey! The lighting brightened up in the room! Awareness increased!)

Okay, now Slender Girls in sight. Awesome. Just gotta make sure they don't spot me or hear my running down the staircase... 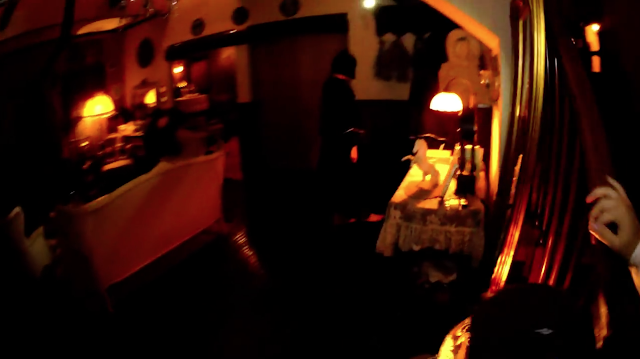 Yeah, that's right! Walk away and go somewhere else!

Oh, wow, look at all these wonderful kitchen items I could use to hit one of them with... 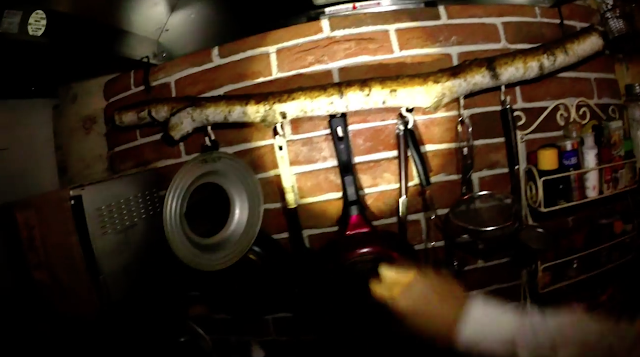 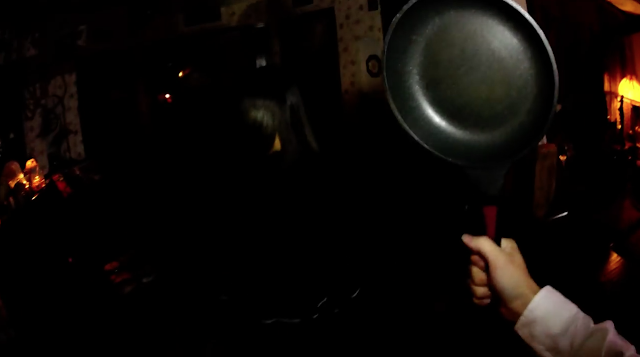 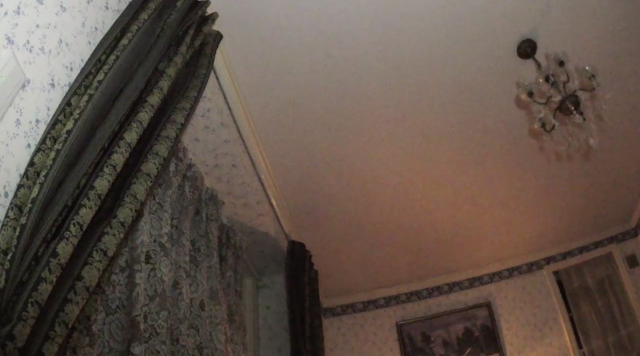 Okay, glad to see my room is getting brighter, but... FOR FUCKS SAKE, AGAIN?

This isn't Happy Death Day, you sadistic fucks! LET ME OUT OF HERE!!!!

h for fuck sake, we're back to killing me off the bat!? 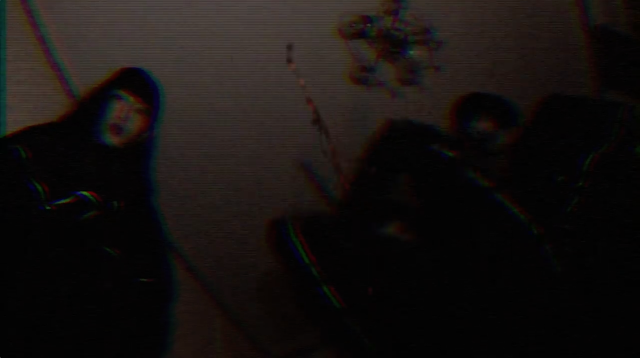 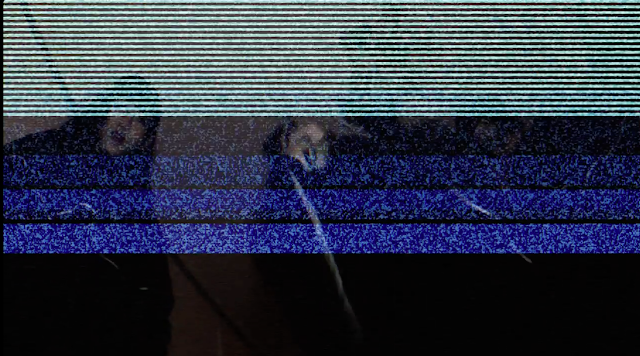 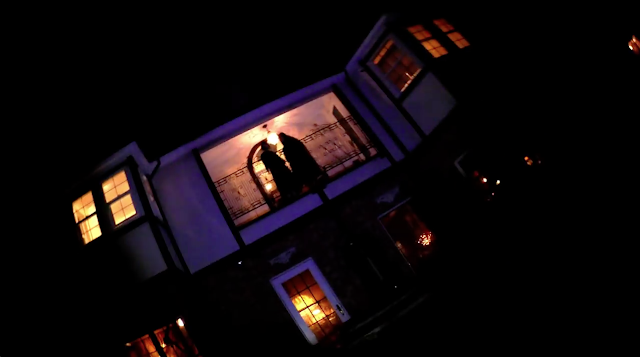 Death is imminent and all that shit, aye? I just wish it wouldn't continue in an endless freakin' loop! 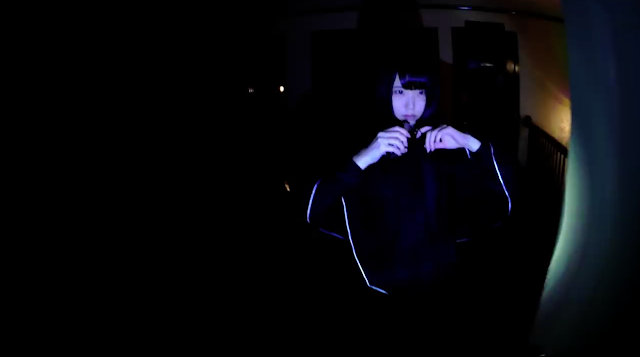 Stop looking so cute when you're trying to kill me! 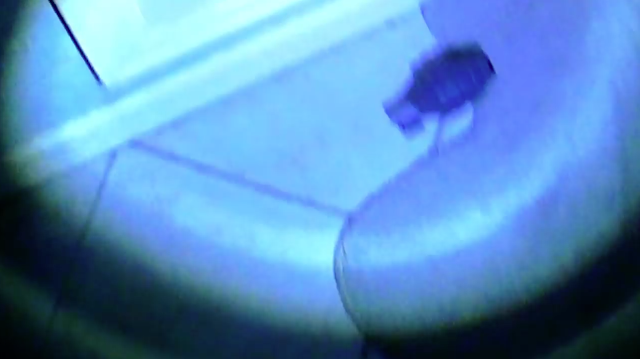 Is that a GRENADE?

At least I understand a cats pain now, given I seem to have multiple lives myself. Urgh/ 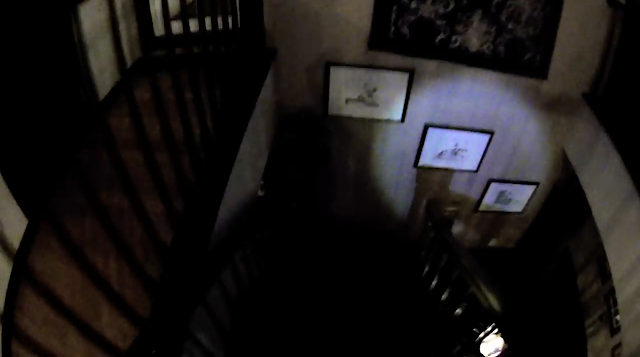 Fuck this shit lads, I'M OUT!

I will escape this nightmare, dead or alive, I swear!

The gate. THE GATE!

TELL THE FUCKIN' GUARDS TO OPEN UP... THE GAAATES!

Ahh, nothing like a little reminiscing about the past... 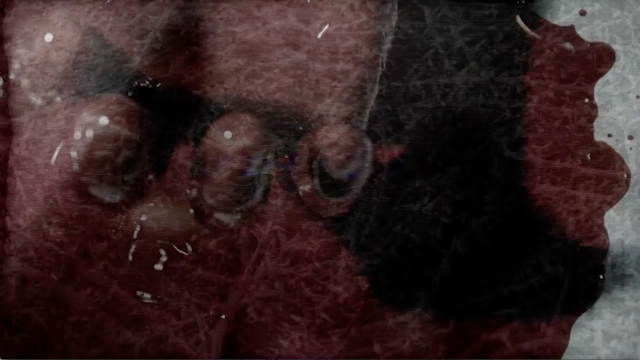 What a bloody nightmare this is, am I right? 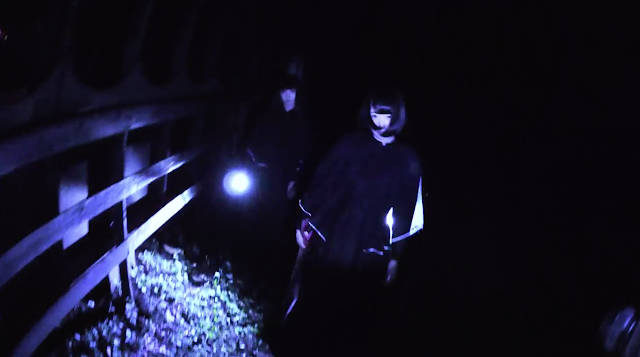 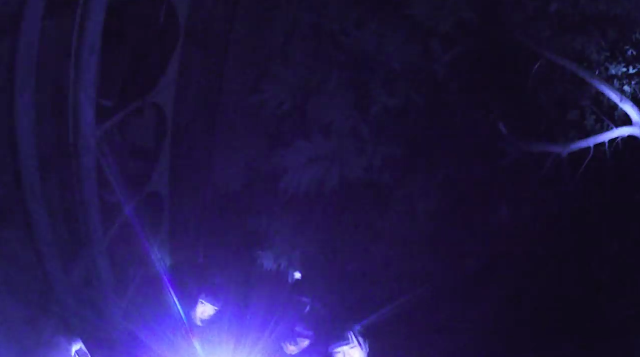 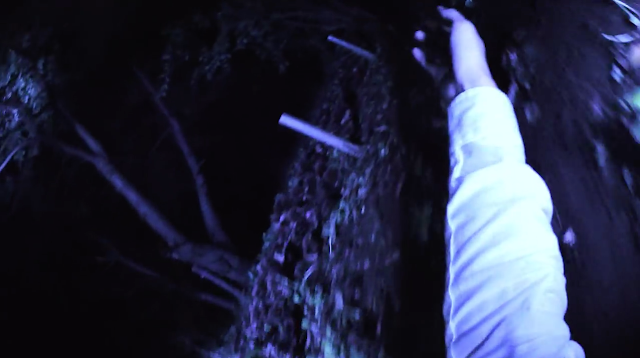 I give up. Just kill me already! 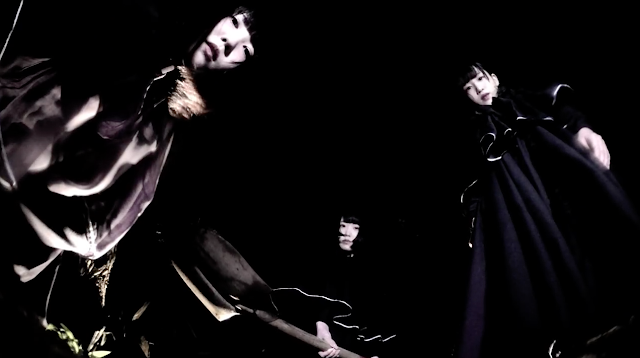 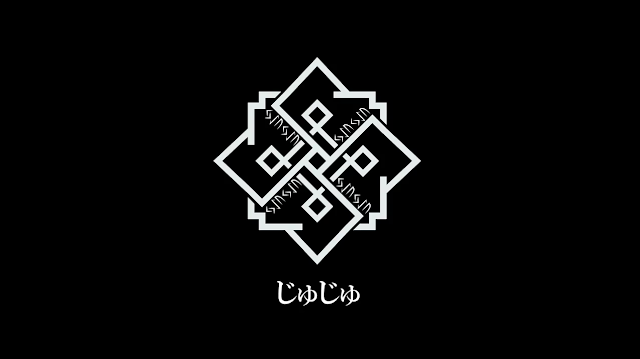 ... The End? Game Over? Have we finally finished this Hellish game?

Let's do it again then!

Do You Think This Will End?

Okay, so this was a little bit graphic for my usual Pic Spam fare, I admit that, but ever since viewing JyuJyu's Noroi Hajime I have been fascinated by its content, its plot and its general existence. Heart-racing, scary and downright panic-fuelled, this music video is everything I wanted from a horror themed PV, and it really didn't disappoint.

It also makes complete sense that the Queens of creep-factor themselves made a PV as freaky as this one, whilst still keeping you on your toes and forcing you to ask yourself 'what will happen next?' each time 'you' come back to life in this sick and twisted game of Death.

And that's literally what it is: A game of death, with each reset making you more and more aware of what needs to be done, and though it isn't exactly plot heavy, there is enough going on to create a consistent enough story that fans and viewers can enjoy. It reads like a simulation game, often reminding me of Slender Man in parts and a few other point-and-click horror games, and the aim is simple: Escape and try not to get killed. It is your basic Horror Survival game, one where you are trying your darndest to hide from the enemy and find a way out of this loop-like nightmare.

Sadly enough it seems that no matter what, you will never it escape.

The concept itself is a lot of fun, especially as 'you' become more aware each time your life resets in this twisted game of tig. It's pretty fun witnessing how you will die next as well, and seeing the weapons that each member of JyuJyu will wield each time. However the get you, the girls manage to bring something different with each death that occurs, allowing the video (and the simulation aspect) to be creative and feel as if there different ways to 'end' your game play.

Noroi Hajime is brutal but fun, and it is pretty damn perfect for the group who are performing in this messed up video. It's also perfect for horror fanatics alike, because this video doesn't shirk out on the violence at all - it's grim, and though the blood aspects of the video are very much computer generated, fake and comical at best, it still adds an element of fear and gore that some groups might shy away from in fear of scaring away their fan base.

Other aspects I enjoy about this video is the use of a fish eye lens, the handheld camera movements, the use of the static imagery (a la Slender Man), the pacing and the way the scenes continuously brighten or darken after each simulation. The brighter scenes alone allow you to understand that the character you act as is becoming more and more aware of their situation, the things they need to do in order to escape, and how to work their way around the house so as not to be seen. Yes, these attempts almost always fail, but at least the character is learning and trying.

Noroi Hajime is a unique PV, one that creates a hostile environment for the viewer and puts them into the perspective of some poor soul who is never going to escape this death-like nightmare, and I feel like JyuJyu truly perfected this style and created something that no other group has. It's different, it stands out and it feels relevant to the current trend of watching others play video games. It may be 3 years old, however Noroi Hajime still feels relevant three years on.

The music video is effect, even if it might seem cheap, and the editing is great. The use of a hand camera, grainy footage, lighting that changes, a torch and first-person perspective with a camera lens truly lends to the scare-factor of this video. It has atmosphere, it creates fear and it creates hostility, too. I love everything about this video, and when I first watched it I was so shocked and impressed that I knew - one day - I would review it here. It is a great music video, a great song as well, and it's stuck with me for a long time.

It's not creepy-cute, it's Hellish and scary. Noroi Hajimei puts me on edge and has me biting my nails in anticipation for what will happen next, and I just hope that one day they create a sequel PV for this. And if they already have, please link it below. I must watch it!

Horror simulations are great, but Horror simulation PV's? Even better! Let's just hope that one day, when technology is advanced enough, we can actually play a music video similar to a game, and I bet JyuJyu would be the first on that badnwagon. Lord, I hope that happens.

Were you petrified by the thought of what might happen next, or were you bored beyond belief by this cheap trick? Whatever feeling you mustered, I hope JyuJyu impressed you even a small amount with Noroi Hajime. I know not everyone is as easily impressed as myself - I am a simple being, you know - but I hope that JyuJyu are now on your radar and that this song gets stuck in your head, similar to how that knife got stuck in the character's abdomen...

Until next time though folks, thanks for reading and getting through this picture and gif heavy post! You're amazing, and don't you forget it!

Take care and try not to get caught up in your horror games this Halloween...
Chiima~
Posted by Chiima at 23:30