For a lot of people, turning 21 means a turning point in their life. It means becoming an adult, perhaps settling down, or maybe finally figuring things out. For some it is just another day, but for KYOKA of LONDON BLUE it is both a celebration of her age and the day of her graduation.

Today on September 30th 2019, KYOKA stood on the stage as a member of LONDON BLUE for the last time to celebrate with her fans, and though her time with the group was shorter than former member KANA's, KYOKA has made her own impact within the group thanks to her energetic presence and kind persona.

Now she joins the other LONDON BLUE Alumni, but this does not mark the end for KYOKA. Like every graduation, there is a new beginning just around the corner. Whether her new pursuit is acting, singing, dancing or becoming a tarento, KYOKA is sure to continue her journey with an abundance of energy and positivity.

Before I say my goodbye to an Idol who created joy on stage, let's take a moment to appreciate KYOKA for all she has done. Sure, she was with the group for just a year and 3~4 months, but in such a short time she created so many members. So let's appreciate her together one more time as she leaves LONDON BLUE and the sparkling idol stage... 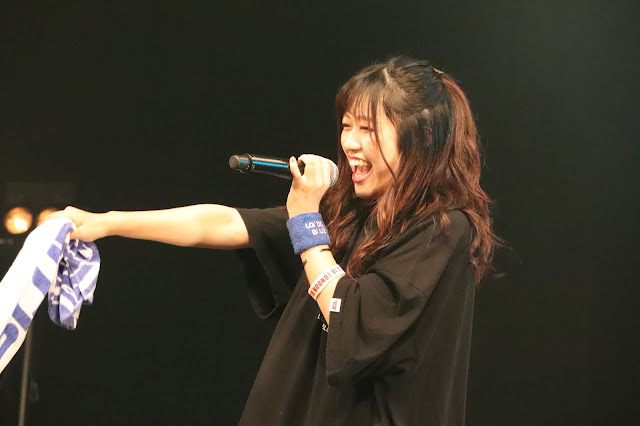 If you want an idol who is full of energy and delight, then look no further - that is KYOKA. The embodiment of joy and cuteness, KYOKA was initially one of the youngest and smallest members of LONDON BLUE back in June of 2018 when she debuted with the group, however she quickly came to be a prominent and treasured member of the group after the sudden graduations of her gen-mates, RINA and RINKA.

Yet still she persevered in showcasing a bright, energetic and bubbly personality to the fans and giving it her all on and off the stage. Whether she was singing and dancing, calling to the crowd or acting on another stage, KYOKA would always give 100% in everything she did. For someone who has a serious work ethic, it is pretty incredibly how easily KYOKA could put on a smile and create such a warm, fun environment for those who witnessed her performance.

She is a great Idol, and I am going to miss the KYOKA that I came to know. 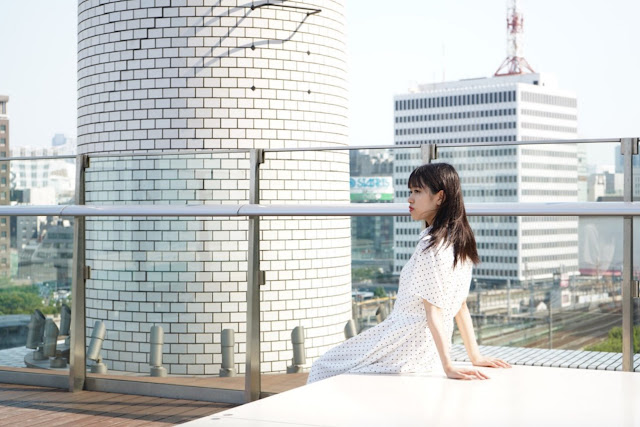 Much like KANA, I was lucky enough to meet KYOKA and learn of her energetic, fun nature first-hand. I was able to experience that same energy and enthusiasm on stage that others have witnessed hundreds of times in Japan, and I was lucky enough to speak to KYOKA and take cheki with her, and to interview her as a part of LONDON BLUE.

It was during the interview that I saw KYOKA's extreme burst of energy, but also her seriousness. It's something i can't forget - KYOKA seeing me and screaming suddenly, recognising me from the cheki event that had happened 10 or so minutes before. Her running down the stairs and grabbing my hands as the others followed, chattering with excitement. KYOKA jumping up and down with me and speaking fast, laughing, smiling and shouting things. She was the first member to fully approach me, to make me feel comfortable for the interview and to showcase her vibrant personality.

To say that KYOKA is someone who creates energy and vibrance in a group is an understatement, but I want people to know that she is someone who makes you feel welcome and acknowledged. This is an idol who is suited for the role - she creates happiness and makes you smile, and she overwhelms you with her energy, her stage presence and her winning personality.

And her smile is pretty great, too. 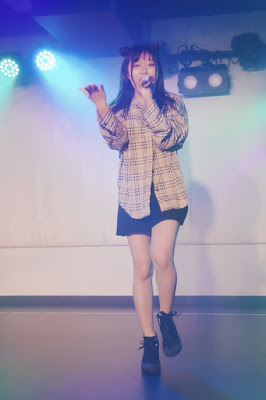 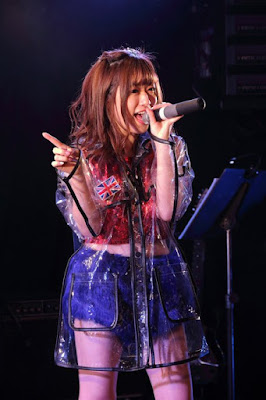 But it's KYOKA's seriousness that stunned me when I first met her. For the self-proclaimed most energetic member of LONDON BLUE, KYOKA was also someone who took her role within the group seriously. During the interview she would think seriously about her answers, the expression on her face would not be the energetic, sparkling feature you were used to seeing, and when she sang and danced on stage she would do everything seriously, but she would still showcase a smile and a bounce that the other members didn't have.

In everything she did, KYOKA was energetic and serious. She worked hard, created an image for herself and continued to showcase that same energy for well over a year as both an idol and an actress. Thanks to this persona of hers, KYOKA was able to create an approachable, friendly image that people could be drawn towards.

Evidently I was drawn towards her. Though she was not my initial favourite within LONDON BLUE, KYOKA became the girl I was immediately drawn to after KAYANO's departure from the group. I feel that's because of the happy memories I hold from meeting her in-person. She created a lasting memory for me, something I will always cherish, and even though a year has passed by she has become an Idol that I admire for a variety of reasons. Whether it's her charisma, her cuteness, the ability she holds to make every performance entertaining and fun, or even her undying energy, there is so much about KYOKA that I like.

So naturally I was shocked and put out when I learned that she was graduating. 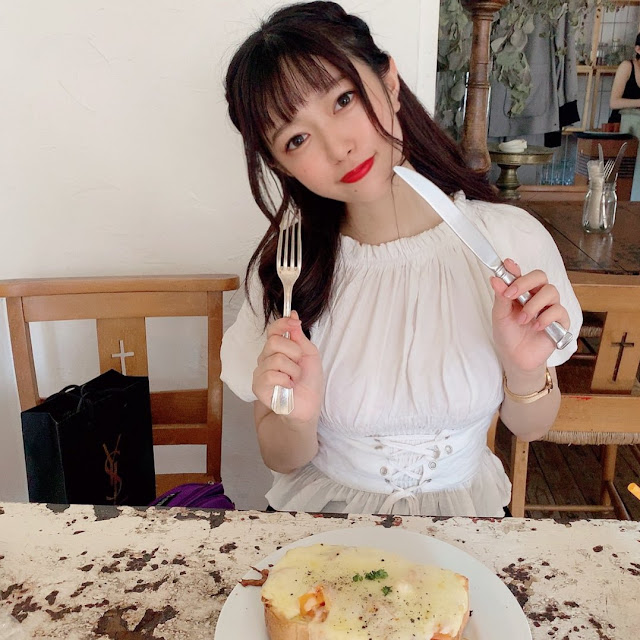 As I have said in a previous post, the graduation of an idol is inevitable - no idol is a permanent fixture within a group, no matter how well they fit the mould or how perfectly content they seem. There will always be something that pulls an idol away eventually, whether it is the desire to lead a normal life, or perhaps the decision to create a new path for themselves. Whatever it is, an idol will eventually graduate and leave the stage they had worked hard to perform on, and we will celebrate alongside them in a final song and dance. It's just the way it is.

For KYOKA it definitely feels like another chapter is waiting to be written. For someone who has been in the industry for a while now - she started out as an actress, after all - this isn't a new beginning for KYOKA, but a continuation of what she was already doing before debuting with LONDON BLUE. So instead of feeling sad about her graduation, I actually feel a lot more hopeful.

Instead I felt happy. It truly feels like this is the right path for KYOKA to take as an entertainer and actress, and with her recent return to acting it feels like KYOKA has found a path she wants to earnestly pursue. 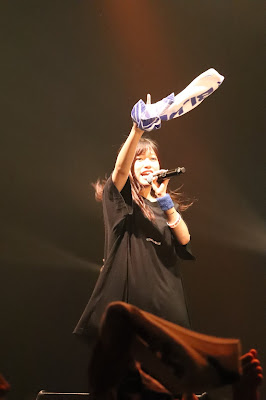 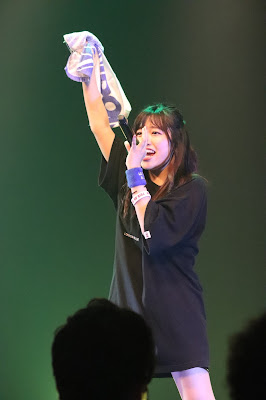 I hope that KYOKA continues going down the acting path, because whilst I believe that she's a great idol who can do amazing things, I also believe that acting is her calling. It's what she started out in before joining LONDON BLUE, and it's what she has continued to pursue even during her time in the group. It's something she is serious about, so I want her to dedicate her time to it and support her from the sidelines.

Sure, I'll miss her energy on stage and the life she brings to LONDON BLUE's songs, but I can't help but feel excited for what KYOKA will bring to her future activities within the industry. Whether she stays in acting or not, it doesn't matter - I have faith in KYOKA and her abilities, and I know that she will bring her all into whatever she does both on and off stage.

This girl is incredible, an Idol I will never forget. KYOKA is a bright spark who made LONDON BLUE an exciting and memorable group, and even when it became a group made up of herself and KANA, she still persevered in promoting the group, its music and their image. For the short time that she was a member, KYOKA became a part of LONDON BLUE's six year history and truly showcased just how dedicated she is.

Forever and always, KYOKA will be seen as one of LONDON BLUE's beloved and trusted alumni. 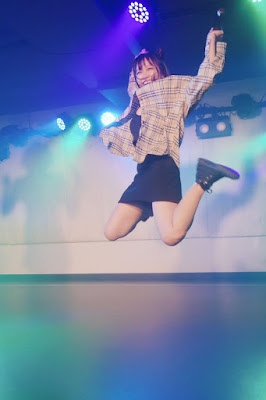 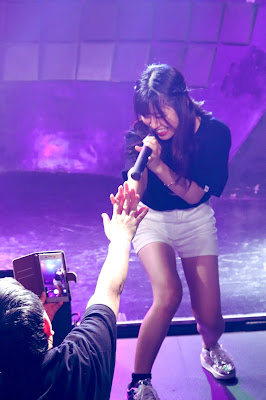 Hardworking, bright, serious, vibrant: This is KYOKA. She may not have been in the biggest group out there, but she made her mark and made an impact on the history of LONDON BLUE. She is someone that I can't help but admire and adore, and though her graduation might feel sudden it also feels right.

KYOKA has done an amazing job as an idol for a year and 3 months now, and I can't help but feel elated to see how much she has grown as a person and a performer. Yes, she still embodies that same energy and cuteness that she held when I first witnessed her performing last year, but there is something about her that has changed. I think that, with the member departures in LONDON BLUE both this year and last, KYOKA has matured and become more of an ambassador for the group than she was before. It feels like she became more serious and hardworking, especially when the group fell to two members.

And now she has graduated, leaving the history of LONDON BLUE on the shoulders of a new member. I hope that despite pursuing a new path KYOKA will continue to support LONDON BLUE from the sidelines and watch her juniors flourish. I hope that one day she stands on that stage again with other LONDON BLUE alumni, and I hope that she pursues her new career with as much energy and dedication as she did with LONDON BLUE.

I hope for a lot, but above all I wish that KYOKA is happy. That is all I really want as a fan. 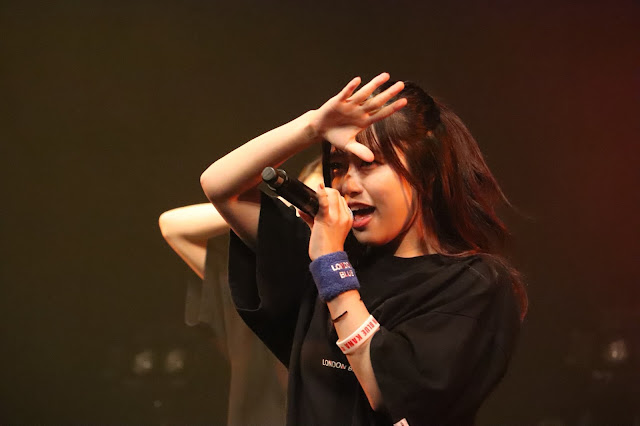 It has been a short but fun run, KYOKA, and I thank you for your hard work within LONDON BLUE. Yes, I will miss you, and yeah I do wish I had seen you act as the groups Leader (even if it was for just a short while) but I am happy that you know what you want to do, and I look forward to the path you will take now that you are pursuing the things you earnestly want to pursue.

Before I end this post, thank you for everything. KYOKA is a brilliant idol, one who has dazzled me and made me her fan. I have beautiful, fond memories of meeting her, I have performances I can watch online that showcase just how endearing she is, and I have the words and pictures from her time in LONDON BLUE that will allow me to look back and remember just how precious she is as an idol.

KYOKA is great, and yes I will miss her, but the future is still unfolding, and I look forward to everything she will do from here on out. I can't wait to watch her grow, and I can't wait to see what KYOKA will do next. 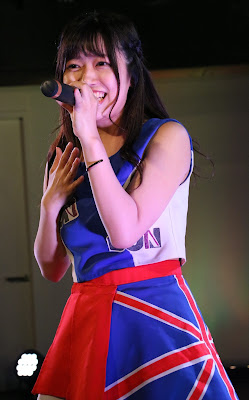 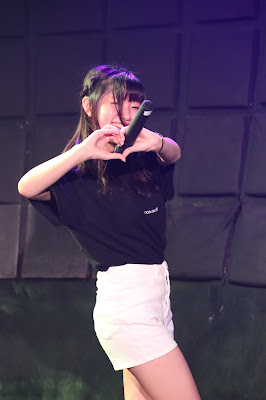 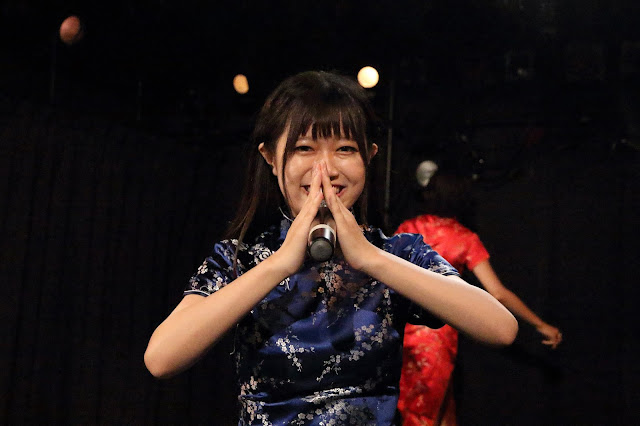 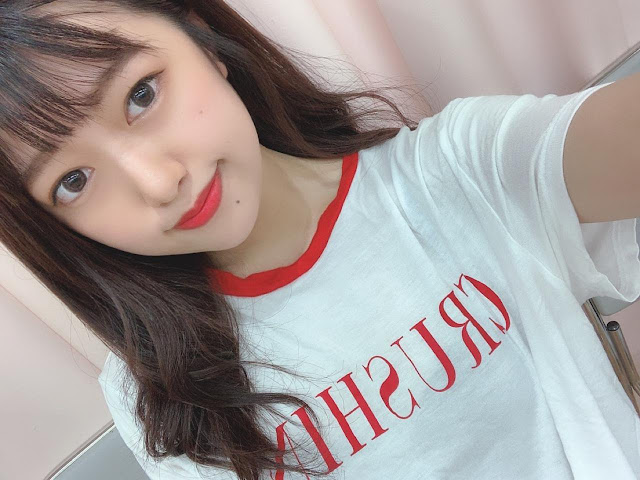 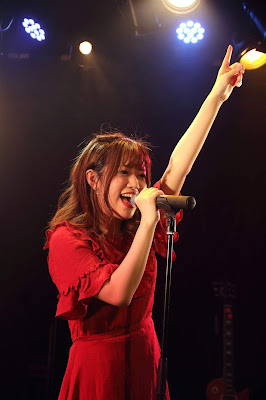 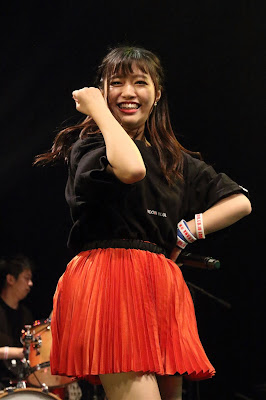 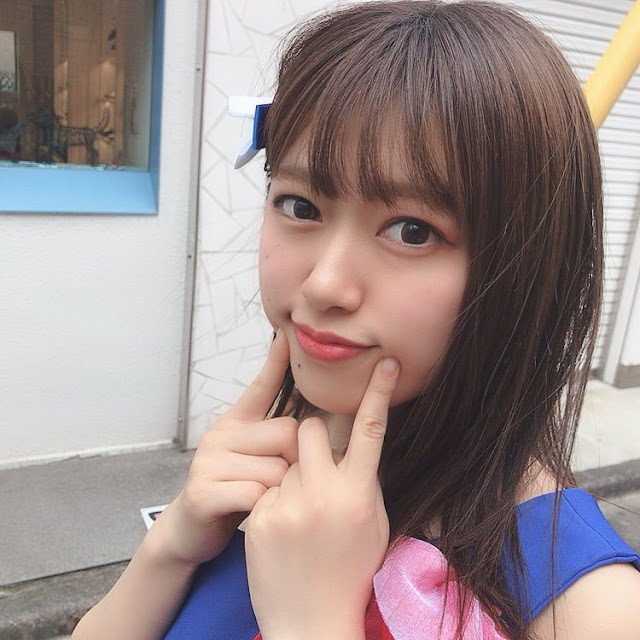 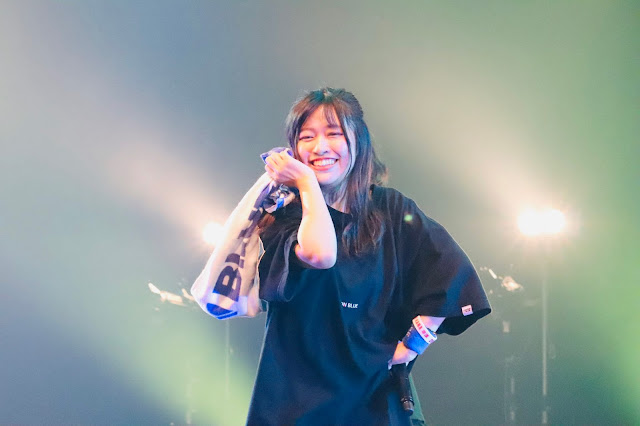 お誕生日おめでとうございます！卒業おめでとう！Thank you for being LONDON BLUE's bright spark!

I am lucky to have met her, and I'm lucky to have been able to watch her perform and create a sparkling, fun performance. Yes, I will miss her greatly in LONDON BLUE, but now I look forward to what the future brings.

Thank you for being our Idol.