The following Interview was a part of Group Interview made up of Press from Selective Hearing, NerdOD, Bunkazilla and an independent Journalist, Erin.

On behalf of Selective Hearing, I would like to thank Derek, Ricky and the members of NECRONOMIDOL for giving us their time and answering our questions. I would also like to extend my thanks to the representatives for NerdOD and Bunkazilla, as well as Erin, for sharing their questions and allowing me to include them in this interview. Without their contributions, you would only see two questions on this page.

Finally, I would like to thank the team behind Hyper Japan who made the event itself happen, and I would also like to express my thanks towards Mischa for allowing these interviews to take place. Without her this interview would not have been a reality. Thank you.

Celebrating its 10th Anniversary, Hyper Japan kicked off their first event of the year with their Summer Festival on Friday the 12th of July 2019. Held over the course of three days at the Kensington Olympia Exhibition Centre in London, England, Hyper Japan currently stands as the biggest Japanese Culture convention within the UK.


With two floors to fill, Hyper japan goes above and beyond when it comes to dedicating itself to showcasing the joys of Japanese culture. From anime, manga, plushies, snacks, films, tourism and travel booths, alcohol, art and music - as well as a dedicated food area - Japanese paraphernalia line the stalls for all to see. Attendees can also attend a maid cafe, take part in various workshops, watch showcases and even listen to and watch live music performances from Japanese groups and singers on the Hyper Live Stage, or listen to and watch performers and coverists on the Hyper Street Live.

This year, Hyper Japan's Live stage turned black with the appearance of NECRONOMIDOL. With performances held on the Friday and Sunday of Hyper Japan weekend, the group certainly made an intriguing entrance thanks to their chilling aura and Gothic attire, all tied together perfectly by the billow of smoke that encompassed the sides of the stage.

Made up of five members - Kakizaki Risaki, Imaizumi Rei, Tsukishiro Himari, Kenbishi Kunogi and Michelle - NECRONOMIDOL seem sombre upon first appearance, but soon erupt into an enigmatic and upbeat performance once the music begins. With an elaborate story to tell, NECRONOMIDOL create an almost theatrical, undeniably moving performance thanks to their emotive choreography and haunting vocals.

From the ground floor to the balcony above, NECRONOMIDOL lead their listeners into a chorus of chaotic energy song after song, before finally taking time out of their busy schedule to hold a meet and greet. Met with a rather impressive outcome, old and new fans alike came to meet the members of NECRONOMIDOL for a few brief moments before deciding whether or not they would partake in the cheki (Polaroid) shoot with the girls.

On Hyper japan's final day, Selective Hearing - as well as NERDOD, Bunkazilla and a student, Erin - were able to sit down and chat with NECRONOMIDOL before the groups final appearance on the Hyper Japan Live Stage. From their image to performing abroad and more, let's take a deeper look into the minds of those who make up NECRONOMIDOL.

*This Interview has been cross-posted from Selective Hearing. 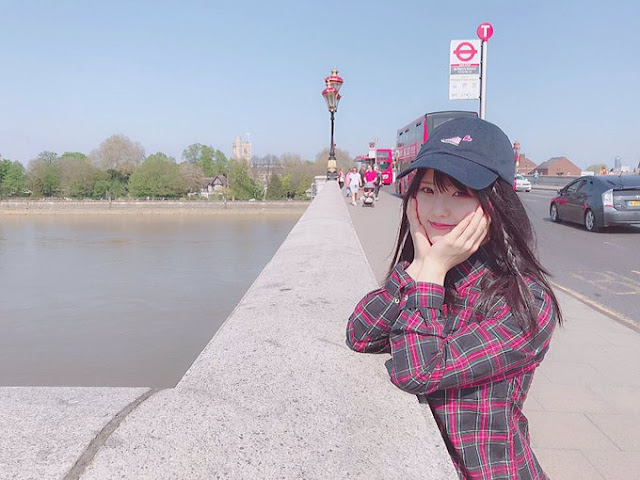 Back in April of 2019, 2&'s (DOUBLE AND) own Chitose Saki made her way back to the UK for a second round of performances after her previous stint in June of 2018 where she acted as a supporting act for NECRONOMIDOL. This time however, Saki stood centre stage as the headliner act and performed alongside fellow underground idols GARUDA and 14th Generation Toilet Hanako-san.

Since speaking with Saki for the first time back in 2018, 2& has undergone a few small yet significant changes, including Saki's recent change of her moniker from Saki to her full name, Chitose Saki, as well as the announcement that 2& has been signed under the label REDMusic. She has also been learning English since her first stint in the UK.

Now, more than a year after our first interview with talented and greatly adored Chika (underground) solo idol, Selective Hearing have reached out to talk with Saki once more about the April 2019 UK tour, 2&'s latest album released for the UK tour, and a little more.

All answers were written in English by Saki, with help from her English teacher. Thank you Saki for your time, and for answering everything in English!