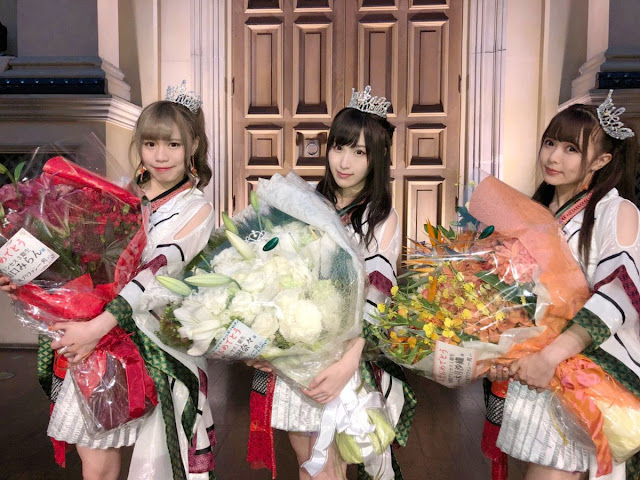 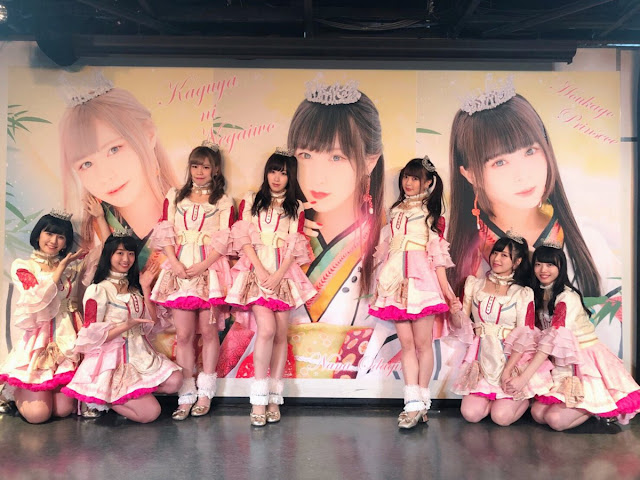 I've honestly not been looking forward to typing this post up, but I'm also dreading the members' respective Appreciation posts, too. It's all come so fast, and despite there being a dramatic change in the lineup, the graduation of these three girls feels pretty swift, too. It doesn't feel real at this point, but after looking at Twitter and seeing the recent lineup photo... it finally feels real. It feels unreal, but it feels real as well. I can't exactly put it into words just how I feel regarding this change.

A little bit of shock. Some relief. Hope, maybe uncertainty too. I can't express it fully, but all I know is... wow. It's finally happened.

it's the end of a Houkago Princess era. A second chapter will finally begin. 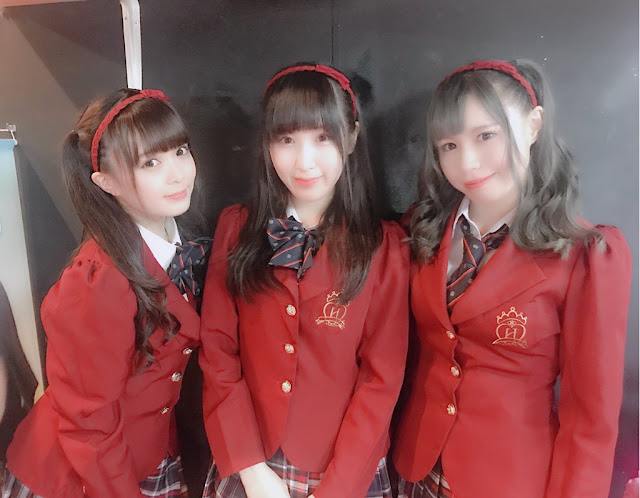 The Top Three are no more, and though it feels strange to say it... this is the end of the Houkago Princess I knew. The sole fragment of that time has finally torn away, ready to start anew.

The Houkago Princess I recall has well and truly transformed.

This is not a bad thing, however. This change has actually renewed my hope for the group and its future, and though some might think it shaky, I believe that the future for the group is bright. With a new leader, new members and a fresh perspective, I can only say with honesty that I look forward to what Houkago Princess delivers now that we have had such a big lineup change. Of course I only hope for the best for Nana, Miran and Saori, too, but I also think that they have made a decision that will not only allow them their freedom to pursue their own goals, but a decision that will also benefit Houkago Princess and its new members for the future releases and performances we will hopefully get to see.

For all their hard work these past 6-7 years though, I thank them. I thank Nana, Miran and Saori from the bottom of my heart. 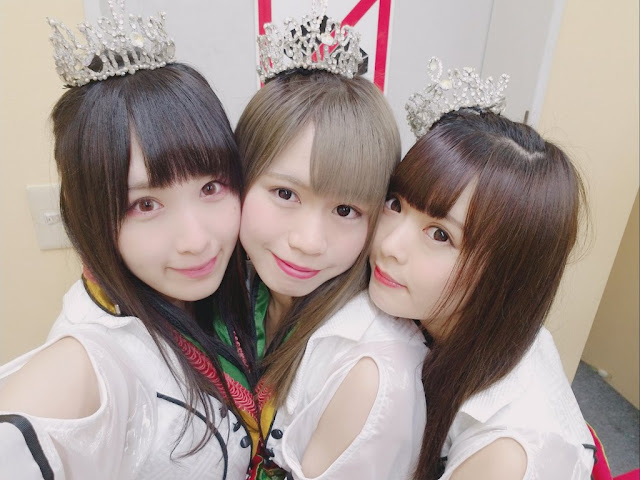 Through all the changes this group has been through, the good times and the bad, the indies and the major, the lineup changes and more, these three have been the one constant that we could rely on. From the groups inception, Nana has been a leader and a presence we could never get rid of, and from 2012 onwards Miran and Saori made their presence known with their skills in dance and cute antics. Through everything, the thick and the thin, these three have watched Houkago Princess grow and become what is today. I have no doubt that they will continue to watch Houkago Princess grow and change, but this time it will be further away. Now they will watch on from the crowd, cheering silently and praying for their success.

But they won't be forgotten. It's hard to forget three members who are integral to the history of the group, no matter how much we liked or disliked them. Regardless of our feelings, all three of these girls are important and have made Houkago Princess the group that it is today. They have worked hard both on stage and off it, given their all and showcased love towards their fans and fellow members, staff and more. They have been doing what they can for the group to promote it, showcase HouPri's strengths and to also showcase their own individual talents and charms. For a long time they have worked hard together, but now it's time to go their separate ways.

Today they begin their lives as 'normal' girls. Idols who became Princesses, Princesses who became Idols... Idols who returned to the life of a normal girl. Much like Kaguya-hime, Odagiri Nana, Yamaguchi Miran and Kizuki Saori have returned to a life they knew before entering the world of idols, it's just that in this story they won't forget the life they lead or the happiness they felt. This time they will keep their cherished memories of the idol world and all it held for them.

They will always remember their first chapter. Now, they will read the second, but they won't experience it. Regardless, they still helped to shape it. 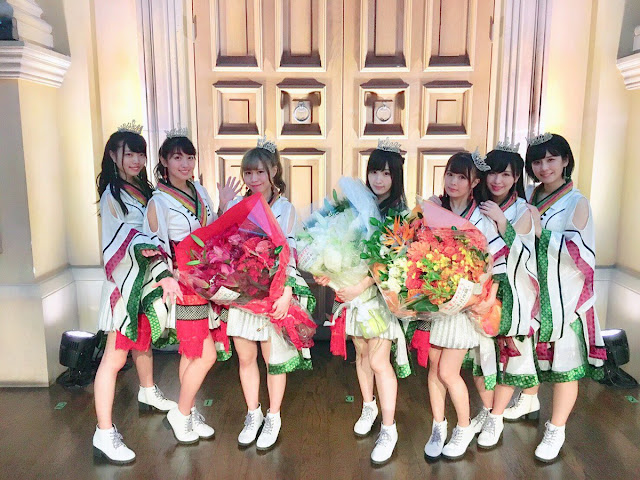 It's the end of an era, everyone, and whilst it is sad to realise that I will never see these girls with Houkago Princess again I can only hope that they live fulfilling, happy lives. I hope that they support HouPri and watch over them with love and care, and that they visit the new generations and their former members for future performances, events and more. I hope that despite leaving this world of idols, they never leave the world of Houkago Princess. 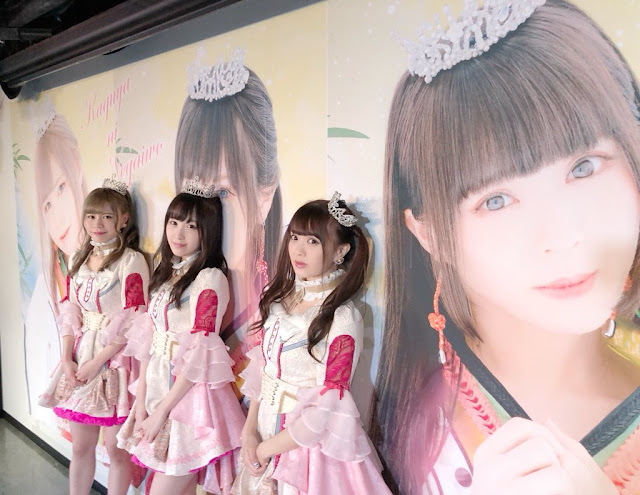 Odagiri Nana, Yamaguchi Miran and Kizuki Saori. Thank you for everything these past 6-7 years as idols. I hope that you leave with few regrets and that you work hard towards a new future for yourselves.

Thank you for being a part of this story. Now it's your turn to write your own chapter. I hope it's a beautiful story. We look forward to seeing you somewhere, somehow, in the future. Good luck.