Way back when on August 17th, Iikubo Haruna announced that she would be graduating Morning Musume '18 and Hello! Project at the end of the groups Fall tour in December. With this decision, Haruna has cited that her reasons to graduate include the desire to pursue acting, radio, as well as focus on manga and fashion a little more.

With the groups 20th Anniversary being celebrated this year and last, Haruna began to think more about the future of the group, as well as her own future. Currently, Haruna acts as a sub-leader within the group beside Ikuta Erina, and is also the oldest member at 23. With her 24th birthday approaching, Haruna feels like it is time to step down from her position within the group and try new things in order to further her career within the entertainment industry whilst also challenging herself further.

Originally debuting in 2007 as a talent, Iikubo Haruna started out in acting and modelling for Love Berry before graduating in 2011 to pursue a career as a member of Morning Musume. Since then Haruna has performed live and in studio, acted on stage and for tV, participated in variety programs, MC'ed for live performances, released two solo photobooks, had a brief voice acting stint, appeared on radio as well as participated in commercials. Haruna has also been a member of the short-lived SATOYAMA sub-unit DIY♡, and is known for her fashion, speaking voice and complimentary nature. As of 2013, Iikubo Haruna is the longest serving sub-leader in Morning Musume's history at 5 years and 4 months (thus far). 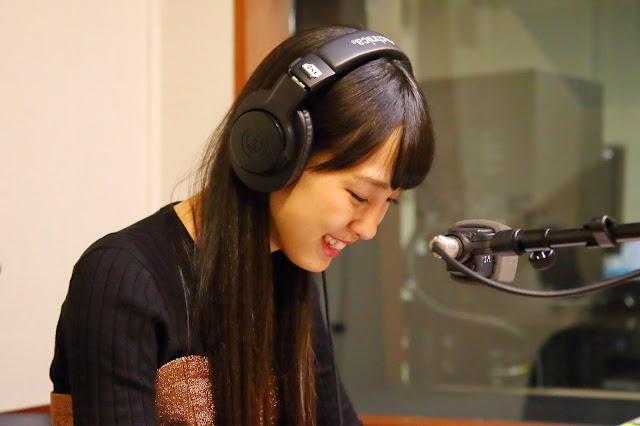 It's been almost a month - almost - since the announcement was made, and so far I have made no move to comment on Haruna's decision to graduate. I did plan to talk about it as soon as I could, however after the announcement that three members of Houkago Princess would graduate from the group this October I knew that that specific post would take priority. The only other post that would top HouPri's graduation announcements would be Eripon's decision to graduate, and thank goodness we've not hit that time just yet.

Regarding Haruna's graduation though, I can't say I'm too surprised. I wasn't thrown for a loop like I was with Wada, and it's certainly not shocking in my mind, but that's probably because I'm at a point in my fandom with H!P where I just expect everyone to go at any point unless it's, say, Ogata Haruna or Duu. You know, the members you really don't expect to leave because of their age or shorter tenure. With Iikubo though, it makes a little to a lot more sense that she'd eventually go. I mean, she said it best herself: This year she turns 24, and she wants to challenge herself by going solo and pursuing other things within the entertainment industry.

I don't blame Harunan one bit for making this decision, and I am honestly delighted that she's decided to leave the group to better herself. 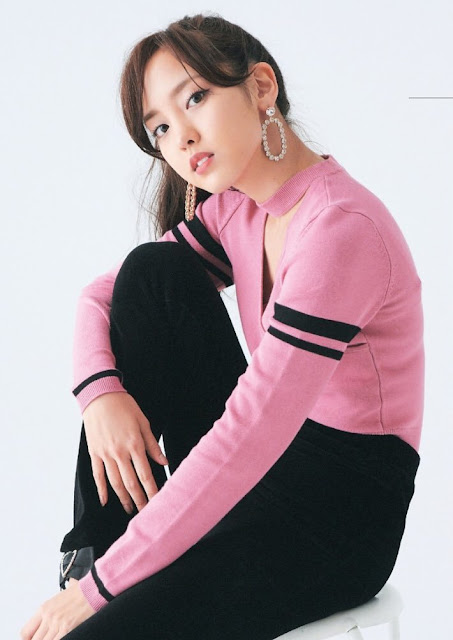 There are a lot of Harunan fans out there who are going to be incredibly saddened by her departure, and whilst I'm aware that I'll find it weird not to have her in music videos or any other form of media in the near-future, I think that this will be a positive twist to her career. Though a wonderful idol - she can speak well, she seems quite able in performances nowadays and is also the fashionista of her group and does well with radio and TV - Harunan isn't given credit for everything she does. If anything, she's bashed by fans constantly (mostly Western fans, because I don't always follow Japanese gossip sites) and isn't appreciated as much by those who don't value or like her. On the up-Front side of things, it's not that she's not appreciated... it's more that her talents are limited to what they give her to do. I mean, Up-Front is not the best in regards to promotion, and though Harunan could probably promote a potato sack, Up-Front haven't made use of her skills in talking the talk and have therefore wasted yet another promising idol since she debuted.

I know, I know. She goes on radio. She has had these anime and manga segments on TV before. Haruna has been on variety shows and acted, and when promoting singles she speaks, but it's not as much as she could be given, so Harunan deciding to graduate this year is her blessing in disguise. She can now spread her wings and show off the talents she does have, the talents that haters refuse to acknowledge. Talents that are wasted in Hello! Project because they refuse to promote their talent well, or because they promote the wrong talent well.

So... in short, I must admit that it feels like I'm happy that Haruna is graduating, but not because I dislike her. I love Haruna and think she's one of the most promising members in terms of her variety, radio and acting skills. No, I am happy because she will finally be able to pursue things that suit her type of talent and will probably be promoted so much better than she was in Morning Musume. 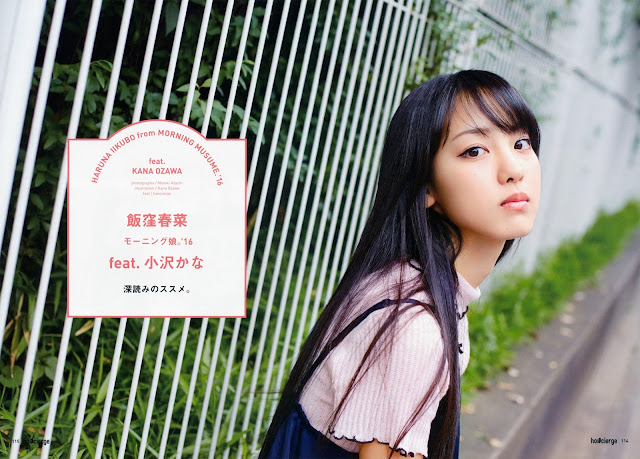 Similar to Dawa, this is one graduation I feel more excited about than sad. This is a chance for Haruna to pave a brighter future for herself and a better lifestyle, too. For many it might feel too sudden - 5 years isn't that long, after all - but for me it feels like the timing is right. Harunan, from how she acts to the message she delivered regarding her graduation, seems confident and sure in her decision. There is no apologetic nature because of her regrets or frustrations regarding how she can't keep up, it's simply 'this is my time to go because I need to challenge myself and pursue new things', and I love that.

I admire Haruna for her honesty, hard work and maturity at this time. Though I am aware she will cry when it comes to her graduation day, I doubt that they will be tears of longing or regret. I just hope that through all her tears she will smile, because it is her smile that I will certainly miss the most when I don't see her in up-coming releases. 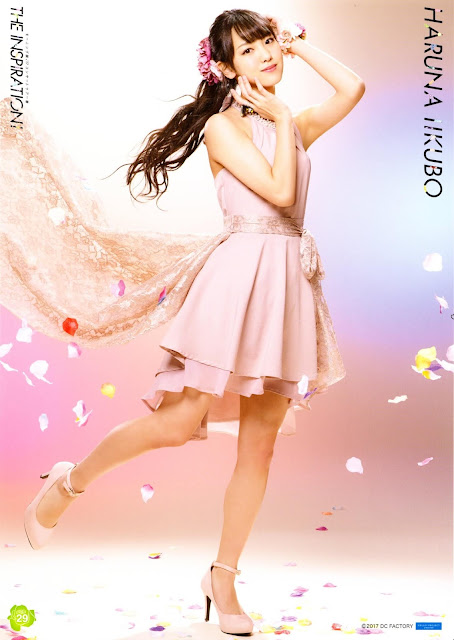 I think that Iikubo Haruna is a wonderful idol, an idol from Hello! Project we seldom see these days. Someone who came from small, humble beginnings who worked hard to get where she is, someone who had very little talent in singing and dancing but slowly improved over time (even if the results were not amazing). Though not the best, she's not the worst and is certainly someone to admire. It is her work ethic, the improvement and her love for being an idol that wins people over, and soon it will be her love for anime, manga, fashion, variety that will win others over in the future.

It is this future of hers I look forward to seeing develop.

Iikubo Haruna's graduation announcement feels right. There will be no regrets and there will be no looking back and wishing for more time on my side. Though 5 years can feel too short to some, 5 years of Harunan feels just right. She came, she improved, she won us over. Now she's going to better herself and leave behind a career that lacks the promotion a girl like Haruna needs.

Three months until time comes to a close for Iikubo Haruna of Morning Musume '18. Once that clock stops a new one will begin: Iikubo Haruna, tarento, radio host, actress, fashionista. I look forward to everything she brings.