Fulfilling the Idol Dream: An Interview with Aidoru Sozai

I would like to thank the members of Aidoru Sozai for taking part in this e-mail based interview with me, and for allowing me to publish their answers on this blog. Though the group is still fresh, they are raring to go and show us what they are made of, and to allow us to understand the group and its members more through this interview.

Formed in the early months of 2018, Aidoru Sozai is a 7-member self-produced idol group based in the Philippines who are currently undergoing their indies phase. Made up of former MNL48 candidates, this personality-filled lineup have already held their first successful mini-live on April 28th at Ozine Fest 2018.

Currently, the group are working towards a debut single, but have successfully introduced their own overture that will accompany future live performances. Despite being so new to the idol scene however, fans have taken to Aidoru Sozai - LoveSo for short - and are excited for the beginnings of this groups bright and inspiring journey.

In early March this year, I sent LoveSo a request to conduct an e-mail interview with the members to get to know the girls, discuss what they are all about, and delve a little deeper into the dynamics of the Philippine's based idol group, Aidoru Sozai...

Born to be Idols: An Introduction to Aidoru Sozai

There is something about indie idol groups that is inspiring and joyful in my eyes. Though I can't support them all - sometimes there is never enough information, or I simply do not know they exist - I have felt that the drive and hope indie idols bring is dazzling, especially when they can shine on a stage in front of even the smallest number of fans. They're infectious and spirited, and despite how little people know of them, these idols persevere to fulfil their own dream, as well as to create hope and happiness for their fans and listeners.

But indie idols are not just born in Japan, and for one of the few brief moments in my blog's history, I would like to take a moment to introduce and appreciate a group that has been born outside of Japan, crafted from the dream of becoming the idols they have watched on stage for so long. 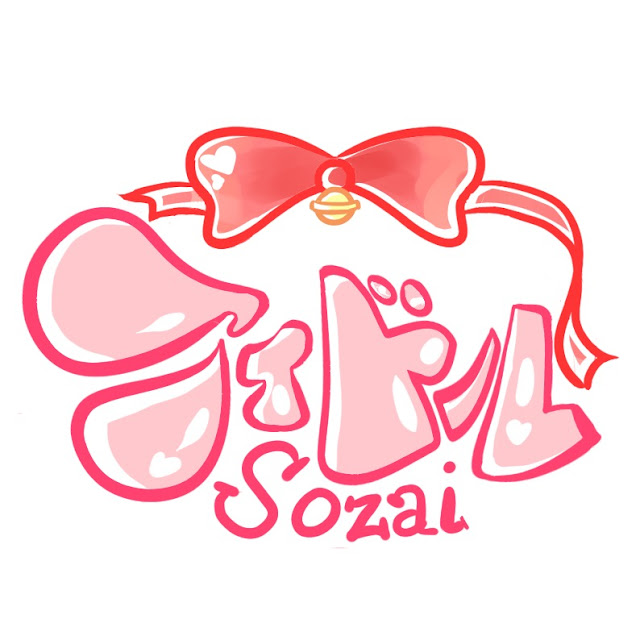 With the rise of Idols both online and off, it shouldn't come as a surprise to see a few indie brand idol groups popping up every now and again. It may be even less surprising to know that these groups rarely gain recognition outside of their own fanbase, yet with the recent auditions for MNL48 - the latest overseas escapade for the AKS corporation, which will be based in the Philippine's - there is one indie idol group who have risen from the background and greeted us with renewed hope, and maybe a little bit of glee as they ascend into the world of music, performance and joy.

Aidoru Sozai - LoveSo for short - is the delightful yet surprising new indie idol group based in the Philippine's to watch out for. Announced in January this year, the group finally announced the  full seven member lineup back in March, before finally announcing their live performance debut at Ozine Fest 2018 on April 28th. And despite being so fresh to the idol scene, the group is already causing a stir online and off, especially when you consider that LoveSo is made up of former MNL48 hopefuls. Despite this however, the girls of LoveSo have created something that is not only inspirational and dream-like, but a group that is polished and higher in standard than what even the most seasoned indie idol groups can offer. 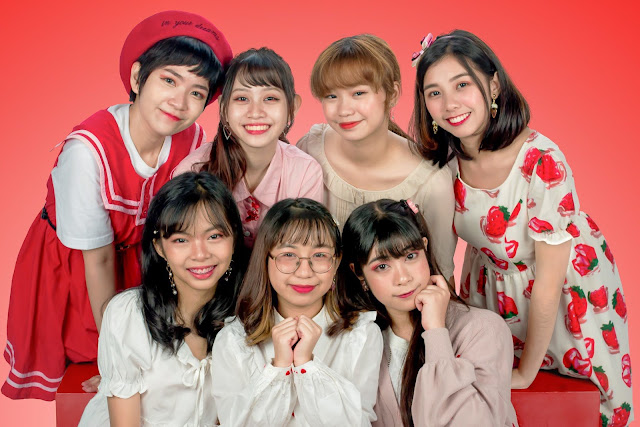 With a hoard of information readily available on Facebook, Stage48 and even a wikia page dedicated to these girls, there is no doubt why people like the idea of LoveSo, or why they want to support them. Not only are they refreshing, but the members themselves seem too idol-like to be true, and the effort they are putting into not only their image, but their logo's, profiles, performances and videos, allows us to realise just how serious they are about becoming real idols in the Philippine's.

Already these girls embody the characteristics of the idols we adore from afar: they are cute, hard-working, and they have a goal that they want to reach. Whether they can sing or dance right now is not really a factor, in my eyes - as long as each girl strives to create a dream for their fans or hopes to stand on stage in order to inspire others, then they are embodying the image of an idol properly, and despite only having one performance under their belt thus far, LoveSo are already showing us that they are more than prepared to take on that idol persona and stand on the stage for all to see.

Whether they are based in Japan or outside of it, I find it inspiring that the members of LoveSo have made their dream come true and created new goals for the group we see now. Regardless of the setbacks they may have faced up until this point, they have been warmly welcomed into the idol community and will continue to grow with the adoration of their fans and supporters, no matter how far apart everyone may be. And as one of the few seas-apart fans, I would like to continue my support for the group and promote them with all my might.

And with that in mind, I would like to take the time to introduce you all to the new indie idol group, LoveSo! Even if they aren't idols from the country of the rising sun, they are still idols born with the desire to create happiness, music and dreams. So, without further ado, let's take a look at who makes up this cute and joyful unit and what each member has to offer us.

Over the course of my Hibernation Period I had a lot of thoughts and ideas running around my head regarding Okay! Musume Time and its future. It took a while to figure out a clear direction for myself, and I have a few plans and ideas for this space, but it's uncertain if all of them will ever be implemented in the future. As of right now, I am simply testing the waters, but I wanted to make you all aware of anything that will change here.

Like anything, not all of these practices will stick, and some may never be implemented in the long run. It's all a work in progress at this point, and nothing more. But like any other blog, themes and practices change over the course of time. Okay! Musume Time will never immune to this, and I am aware that over the course of 7 or more years, I have dropped and adopted ideas, created series and strayed from them in a certain amount of time. Some things are constant whilst others are temporary. In order to keep this blog tuned into my personal interests however, change is necessary.

Here I will list a few of the things that are going to change, ideas that will stick, and future plans I have that I hope to test out, but can't say for sure I will attempt just yet. There are some I have tried out already, and others that I'm in the process of attempting. Furthermore, there may be an increase or decrease in certain types of posts.

I'm rambling. So, without further ado, here is a list (and some explanation) on any changes and plans that will happen for the future of Okay! Musume Time. I hope I don't bore you.

Email ThisBlogThis!Share to TwitterShare to FacebookShare to Pinterest
Labels: Blog Update, Changes in Blogging, May 2018, Update, Update In Blogging

My recent posts have taken a more serious turn, so to bring back a little fun to the blog, it's high time I screen captioned and gif-ed the heck out of a really colourful, cute PV with some questionable choreography!

Yeah, y'all already know which one it is. Are you ready for a burst of flavour and juicy colours to brighten your day? 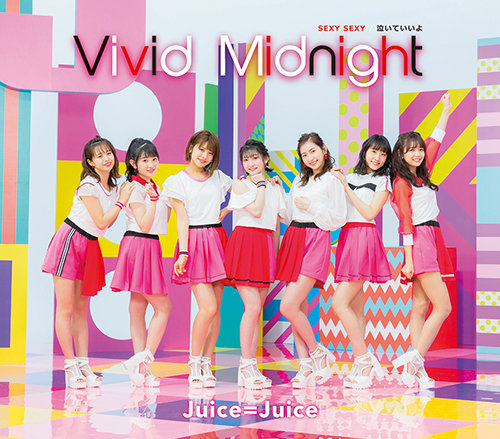 It's been a while since I did one of these, so naturally it feels refreshing to come back to my long-time love of screen capping and commentating for what is one of H!P's most colourful PV's in a while! It's such a blast of happiness and delight, I can't help but love it, and yeah, it actually makes sense that this would be the PV I returned to my screen-capping ways with... it's just so bright and fun, and I could gif and print screen so many scenes! I actually had to control myself, just so it didn't go over I don't how many... (haha).

Honestly, I think a lot of people love Juice=Juice's Vivid Midnight. With its K-pop twist, explosion of colour and bright sound, I can see why people are taken with this video. It's such a change in pace for Hello! Project and UP-FRONT, but it also allows us to see a new way of editing, techniques and style from the company, whilst also introducing us to new sounds and visuals from their groups. It's different, and it's unique to H!P, but it's a very welcome turn of events, in my opinion.

I had a lot of fun with this, as one would expect, and it makes me stupidly happy whenever I see it! I've even found a fondness for a certain member through this, someone who truly stood out in every way possible. Others, I felt a tad disappointed, but thankfully the video and its bright setting make up for any 10%-giving members.

... Okay, I'm rambling. Bad habits never die, y'all, but we'll stop chattering and get on with the commentary. This is Vivid Midnight, a damn cute and fun music video, and it's time to entertain ourselves a little to a lot more with it, because why not?

It's time to get groovy and enjoy a vivid, energetic midnight tryst! Are you ready? Let's get to

The Dog That Knows Freedom Barks The Loudest - A Look At Keyakizaka46's 'Glass wo Ware!' Music Video (Review) 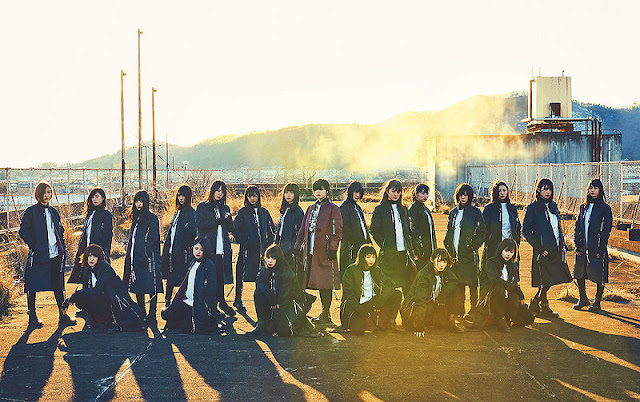 Having already reviewed this on YouTube, I realised pretty quickly that I wanted to continue my thoughts and feelings towards Keyakizaka46's Glass wo Ware! in words. This is to not only further my understanding of the music video and its lyrics, but to also touch upon a few scenes and ideas that I may have neglected to include or even see in my initial review. It's also a great reason to return to a more serious tone in PV Reviews. You know, the ones I rarely do these days.

In line with things that are rarely done, throughout this review I will include snippets of the lyrics. Because the theme intrigues me, I thought it would be fitting, but for the full effect of what this song about, please look towards Sakamichi Dreams' translation of the song.

As to why I chose Garasu wo Ware! for a review, it has to be because it's my favourite of the songs and videos I have watched by the group. It's also the video that left the strongest impression on me, not only because of its visuals, but because the lyrics are powerful yet degrading. It is an impressive track with an equally expressive music video, one that is worth any persons time.