On March 27th, 2018, Ogata Haruna - a 12th generation member of Morning Musume '18 - announced that she would be graduating from the group on June 20th at the end of the groups Spring Tour. She will also be graduating from Hello! Project, but not necessarily the entertainment industry, in order to pursue a further education.

Ogata was introduced to the group and Hello! Project in 2014 alongside fellow 12th generation members Nonaka Miki, Makino Maria and Haga Akane. She has since performed in 7 single releases (an eighth to be released), one studio album and one mini-album, as well as a handful of digital singles. She has also participated in a 12th generation radio show, as well as hosted the show Hello! Athlete Megami, which focuses on up-coming female athletes. 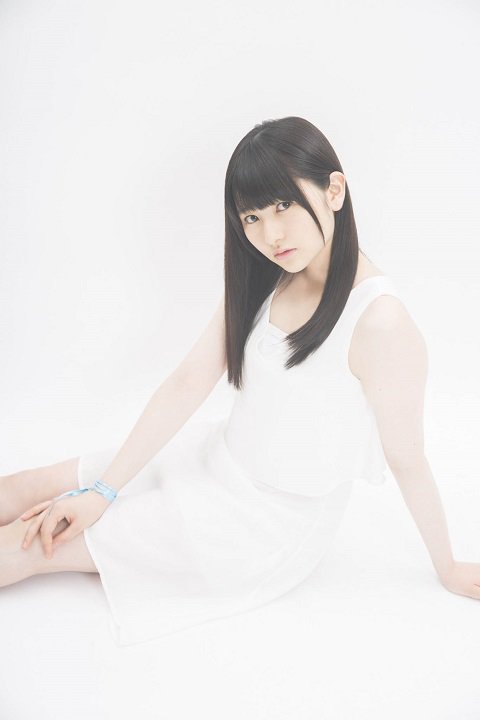 With the formalities done and dusted, I want to start this off by saying that, as of right now, it's still not sunk in that this announcement is real. I'm fully aware that it's been made, that on June 20th Ogata Haruna will be graduating H!P and Morning Musume just before summer begins, but it just doesn't feel real to me yet. It's more like a bad dream I had, and I just awoke with the understanding that it's only in my head.

When it does feel real to me though, it's going to hit me hard. The shock to the system won't be anticipated, and I'll cry a lot, I know I will.

I'm still in that weird bubble though, thinking to myself "This can't be real, right? It's not real because it's OOHaa, she's too young to graduate..."

But the thing is, she isn't too young to graduate. In fact, an Idol's shelf-life is never that long, not unless the Idol in question is stubborn, or the game has changed in the past few years to make it so an Idol can stay longer.

Right now, I am aware that a lot of fans aren't happy that Haachin will graduate this soon into her idol career. For a lot of people it's far too early, she's barely even begun and still has a ways to go before she should even consider something like this, but for me I understand that within both the Hello! Project and 48 fandom - even the Stardust fandom to a degree - we have been spoiled. A lot more Idols are staying in their groups a lot longer than they would have years ago, so when something like this does happen, fans get upset or mad because - quite frankly - they're not used to it.

So [we] whine, and while I might find it annoying, I do understand that for some of the newer fans this is their reality: Idols are staying longer, sometimes surpassing that 10 year timeline very few Idols get to see, and that's what they expect for a lot of members now. Especially from groups like Morning Musume and co. 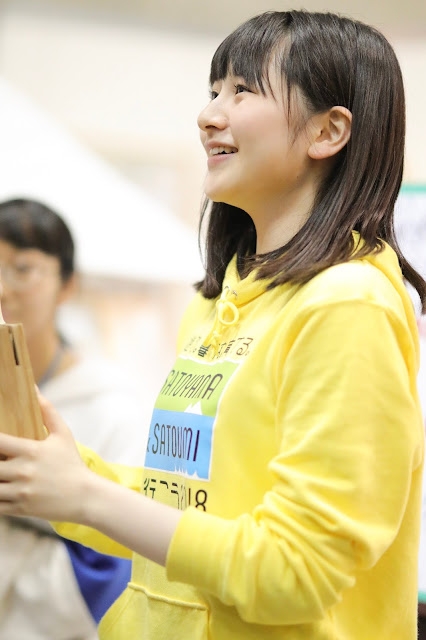 Still, it's sad that after such a short tenure within Morning Musume, one of the younger generations is leaving. I understand why she is doing it - Haachin wants to focus on her studies in order to better her chances at getting into her desired 4-year University course - and it's something I admire her for. Since the announcement was made, it's obvious that Haachin has thought about this and chosen to dedicate herself to something she truly worth her time and energy, instead of only doing it half-heartedly by focusing on both her Idol activities and her studies.

It's an incredibly mature decision on her part, and something I can't fault. I feel like Haachin has done something that would be hard for a lot of idols to do, and whilst some Idols have been able to juggle both schoolwork and their activities with success, it's clear that Haachin herself understands she can't do that. She's failed a test, realised that she needs to put it first, and therefore can't pursue her idol activities alongside school like she had anticipated.

OOHaa is doing this to ultimately better herself, and whilst I don't necessarily want to see her leave the entertainment industry or Morning Musume yet, I'm happier knowing that she is leaving with the knowledge that Haachin is doing this with the understanding that she can only do it if she faces school head on, and not as a part-time activity against her job as an Idol.

That doesn't mean I won't miss her smile, though. I will, and seeing that smile one last time on stage will hurt me a great deal. 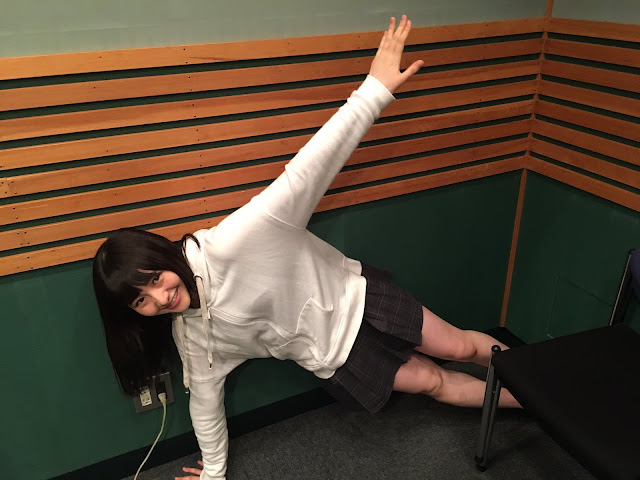 I won't go into too much detail about what I think of her right now - that will have to wait until a Graduation Appreciation - but let this be known: despite how unreal it feels that she will be graduating soon, I am going to miss this girl a great deal. I may not see her as my oshi, nor is she one of my Ultimate Idols, but she is someone I think holds an important position in Morning Musume, and someone I adore and look up to.

There will be a hole in Morning Musume when she goes, and someone will need to fill it. Haachin, despite her flaws and weaknesses, is an incredibly strong and dedicated member, someone who does all she can to bring joy and happiness to whatever she is doing.

She is a little ball of sunshine, and despite her short-ish tenure, she has given us light and joy in so many ways. Though people might see her as 'useless' or 'weak', there is an underlying strength that you must seek out instead of look for on the surface, and it's this strength that will leave us on June 20th, 2018. 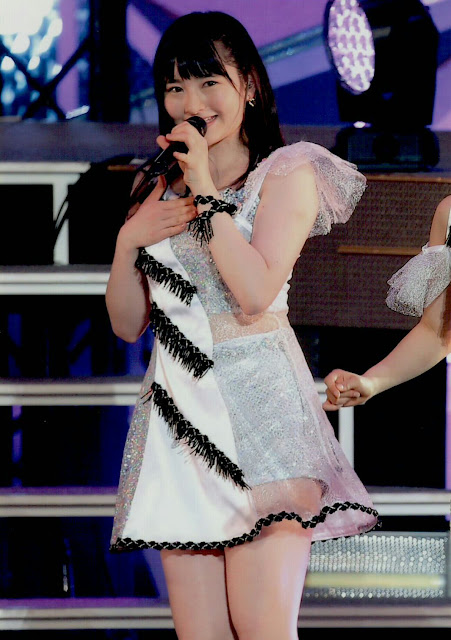 There is a short amount of time before she goes - one of the shorter graduation dates we've experienced in a while - but until that date falls, let's appreciate and adore the sunshine within Morning Musume '18 while we can.

It's too soon for a lot of you, and it's too unreal that a 12th generation member will depart before 9th, 10th or even 11th generation, but I know that we will cherish Haachin as an Idol until she has to leave this Idol world that she has stepped into. Until then, let her dazzle us, and hold her close to your hearts as you love her with energy and pride, and maybe a smile on your face.

Cherish her, and love your Idol.