What is it with companies firing Idols when I'm in the midst of Graduation Week posts, aye? >o>

2017 has not been a bright year for Hello! Project, and the misfortune in graduating and dismissed members continues with the news that, after almost a month since her own scandal, Taguchi Natsumi has left Kobushi Factory and Hello! Project, making her the third member in just under a year to do so.

SHIT, GUYS, IT HAPPENED ON DECEMBER 6TH, OH FUCK I CALLED IT. -sobs hysterically, it was a fuckin' JOKE-

Way to fuck up my Duu running order, Up-Front. Ya fuckin' jerks. 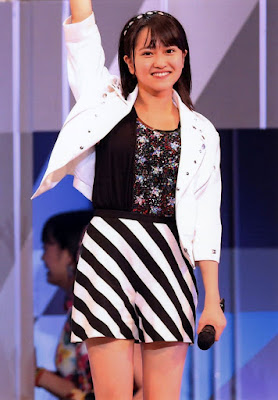 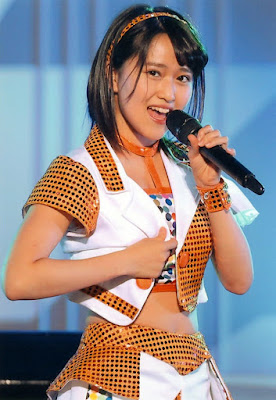 WTF, how did I even predict this, I was joking. But, shit, seriously. It's happened.  And holy shit, this is the worst thing I predicted, ever, and I didn't even do it for my Year End Post. FUCK!

... Okay, let's get on with this and breathe, Chiima. Breathe.

This December 6th, Up-Front LINK announced Taguchi Natsumi's departure from her group and the company, citing that a lack of self-consciousness and responsibility towards Kobushi Factory and the company were a few of the reasons for the sudden end in her contract.

Surpeisingly, Taguchi herself has not issued a formal statement to the fans through the company. Instead, Hirose Ayaka has spoken out regarding the sudden departure of her group mate, as well as her woe in knowing that these constant departures and upsets are causing both the fans and the members grief.

Of course, fans are now speculating that the true reason for Taguchi's departure has to do with pictures that surfaced just last month, though some also wonder if there is more to it than this, as Taguchi's parents have been included in the discussions regarding what to do about her behaviour within the company. Of course, there could be much more going on than we could ever consider, but it is not our place to pry until the truth comes out on its own.

Still, it's concerning, especially when Up-Front have lost three girls in around 5-6 months, all based on reasons to do with their behaviour towards both the group, and their activities as Idols. It makes me wonder if the company is just as much to blame, which is, of course, possible. 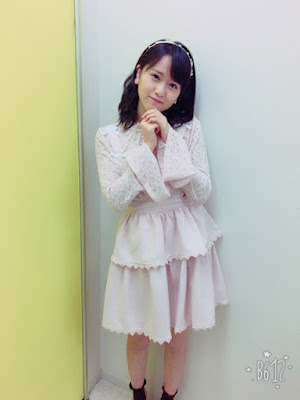 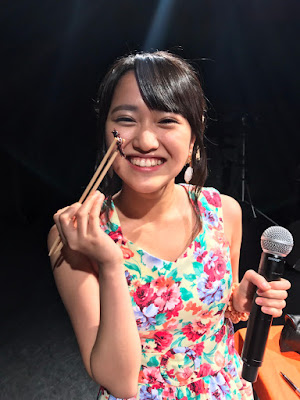 Honestly, I'm just annoyed at this point, just as much as you are. It's a shit time for H!P fans, casual, hardcore and in-between, and it's an even shittier time for Kobushi Factory, who are really suffering from the huge blows that have been the three departures in the last so many months. I can't imagine how the girls feel at this point, or what they're thinking about the future of their group. I just hope they aren't worried this is the end for Kobushi, because whilst I am not a fan of theirs, it'd be horrible to see them graduate on such sad notes.

This group does not deserve this. No group deserves something as horrible and shocking as three big departures in just under half a year.

There is a part of me that is angry with Up-Front. Even though things have been on the edge with Tagu for a month, they have lead us on with the belief that she was still posting and close to the group, allowing us to think she would be okay. But, on the other hand, I'm glad we had something from Tagu before she left. She didn't just suddenly disappear from adding to the blog, or leave events without any word from the group members or staff. She was still there, at least in writing and pictures.

It gave the fans a lot of hope. I know a lot of you wanted this scandal to be swept under the rug, and for Tagu to continue as an Idol. Sadly, the news that she has left both the group and company appeared, and it confirmed a lot of your fears.

It's just not fair. 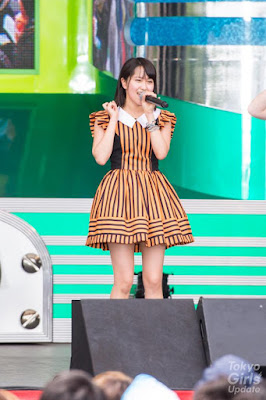 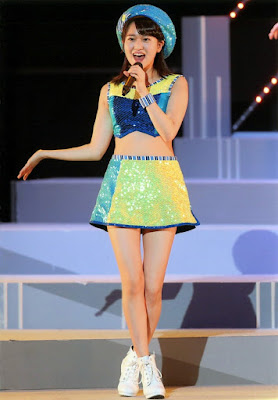 Like the other Kobushi girls, I really am not a fan of Taguchi. I don't see the appeal there, and I didn't care much for the group she was a part of either, but losing an Idol is shitty, and it hurts. Losing an Idol this way is even more heartbreaking than when we know one is graduating, because it's sudden and cold and lonely. You don't get to say goodbye, and there is no way to prepare for it, even if you do think there is a chance they might leave soon because of recent happenings.

I hope that all the fans of Taguchi do not give up on Kobushi Factory after this, because this is the time where the group needs your support the most. They are hurting just as much as you, and as individuals they are reeling from this knock-back. Please don't forget the Kobushi you have loved, the Kobushi that your favoured member was a part of. They need their fans more than anything, and your support will do them a world of good.

Do not be angry at Kobushi Factory, and, to a degree, don't be made at Tagu, either. There is a deeper reason for why this has happened, and I honestly don't think that it's all her fault. With three departures - three bad departures - in the past so many months, I am honestly thinking that something is happening behind the scenes, something that makes these girls want to quit or completely destroy their contract with Up-Front. There is a high chance I am wrong about this, but it's just my speculation. Hopefully, no other groups will suffer this wrath that has suddenly descended upon H!P this year. 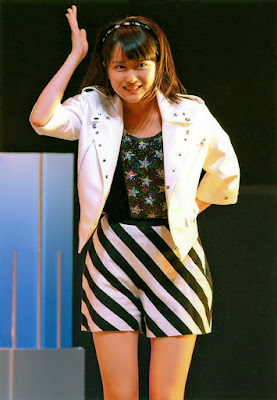 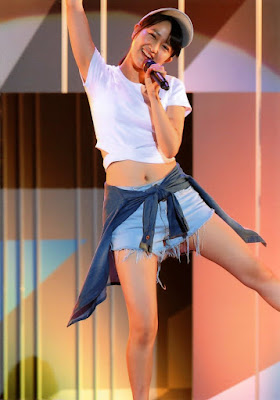 I'm sorry for this pain you are feeling. Hopefully, these cute pictures of Taguchi Natsumi will capture your fondest memories of this Idol, and remind you of all the good she delivered during her time in Hello! Project and Kobushi Factory. It's not much, but it's all we have right now, along with performance DVD's and youtube clips depicting the girl you all adored.

To all you Kobushi Fans, I am sorry. Once again, I am sorry that your Idol has been fired, and that you were never given the chance to say a proper goodbye. You really do deserve so much better than this.

Kobushi Factory is now the devil-child.
Posted by Chiima at 00:17