After a long wait, the next chapter in Houkago Princesses fairy tale is about to begin! Finally revealing the promotional image and covers for the groups next release, it's time for HouPri to tackle their latest fairy tale adventure, and what better way to end the year of 2017 with a magic carpet ride?

Set in the beautiful country of Arabia, it's time to spin the enchanting tale of Aladdin and the Magic Lamp, and watch as HouPri soar as the beloved Princesses of this popular, unforgettable tale! Are you ready to be spellbound in the twilight skied desert? 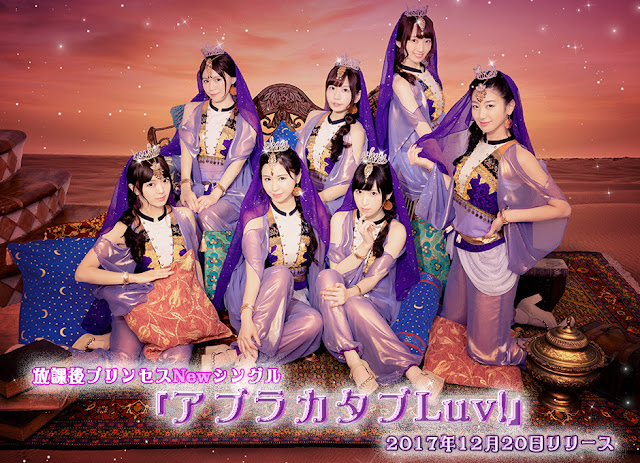 Celebrating the groups 7th major single release (14th overall), set for sale on December 20th, 2017, Houkago Princess have finally unveiled the new cover art for their up-coming release, Abracadab Luv!, which will honour
the beloved tale of Aladdin and the Magic Lamp, a story that has been passed down through the generations. Whether the roots hail from China or the Arabian deserts, the story of Aladdin is one that will stand the test of time, forever known for its use of magic and enchantment.

And now we will watch and hear Houkago Princess spin the tale with their very own words! Wearing rich purple garments befitting a true Princess, the members show off their veils and sheer trousers (pants), a new look that is not typical of the dress and transformation oriented group.

Abracadab Luv! will also be the first single to feature the members in their latest uniform for their day performances. Sporting a blue military style, the outfit echoes the Keyakizaka46 style of dress code, and leaves behind the girly, fresh design that the members debuted with in August 2015 after they had major debuted. The new style represents the groups latest chapter, especially now that they have a new generation to teach within HouPri YOUTH.

Eight editions of the single are available for purchase: A regular edition, Limited edition, five solo editions, and a Team Miracle edition. This singles Limited edition does not come with a DVD, unlike previous releases.

There will be three B-sides to accompany the main track, with some editions featuring a bonus track different to other editions. The songs (and the editions they are featured on) are as follows:


Limited Edition and Team Miracle versions:
After two years, this will be the first single to feature Houkago Princesses popular theme song, Juliete ~Kimi wo Suki na 100 no Riyuu~, which has been a staple in the groups discography since its debut in December 2011. The last time the song was released, was in 2015 when Houkago Princess released their major debut mini-album, Seifuku Cinderella.

And now it's time to unveil the covers! Which one will entrance you, and have you whisking away into a world of magic and carpet rides? Check them out, and see for yourselves~ 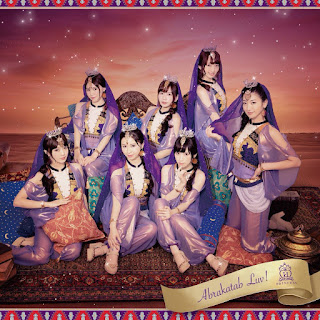 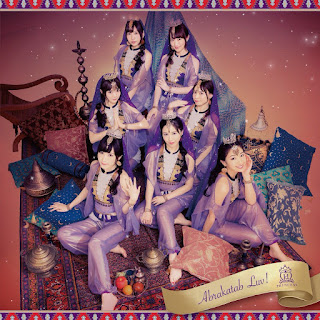 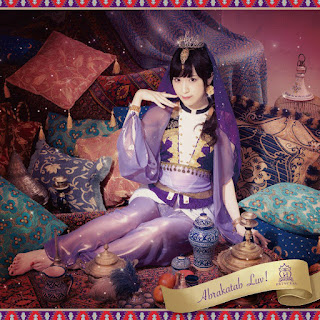 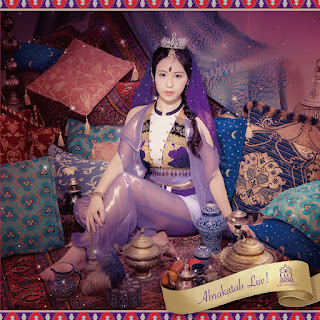 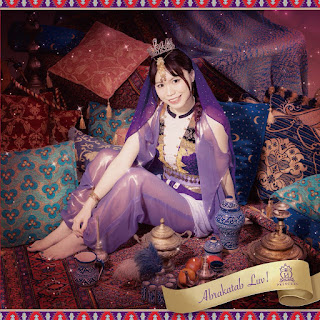 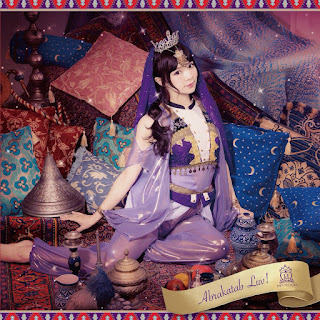 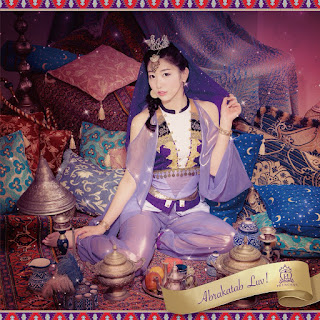 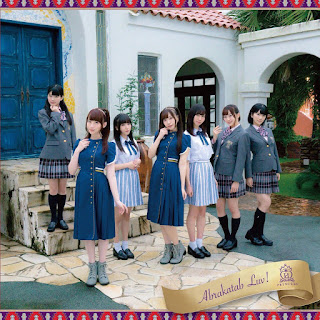 ... OKAY, LET'S TALK 8U because I guess I have a lot to get off my chest. We shall see where this goes.

So, right off the bat, I want you to know that I'm a little salty about Sahochi's demotion, still. She was (is) one of my more favoured members, and when I found out she was demoted, I was crushed. Pair that announcement with the reveal that both Mayumi and Himari wouldn't be getting their own single covers, and I was devastated, and beyond annoyed. To a degree, I'm still seething, but, I also understand why they don't have covers right now; Team Miracle get their own release, which is hella good, and the one saving grace of all this bullshit HouPri Management have thrown at me the past few months.

Okay, okay, it's not the only saving grace. But, for dramatic effect, let's say it is the only thing saving face, just this once. Good.

I still love HouPri, but, yeah. I'm petty as fuck, and why can't I be? I've been chastised for it, but, people get bitchy when Maika takes Nana's lines. So, this is my similar situation, but not. Besides, Maika's a good singer; she should get lines. As a fan, we get petty and childish, and we gripe. It is how we are, and we will never grow the fuck up about it. I wouldn't wanna, anyway.

Besides, my darling HouPri were too good to be true, until recently. It was only a matter of time until they threw this giant curve ball at me, and whacked me in the face ten times over. Y'know, after my injuries from Nina's departure had semi-healed. Ouch.

Anyways, I get it. I get that, because Team Miracle have their own limited version (and their own b-side, to boot), both Mayumin and Himarin didn't get a solo version each, because this is their time to shine, and fuck yeah, I am happy about that. I've not actually heard Mayumin sing, come to think of it, so I hope that she gets some spotlight in this, because of all the members, both she and Himarin are shafted hard. It's highly unfair, but also very normal, at least for Idol-hood. I'm just glad neither were booted down to Cadet level like Sahochi was -sobs hard-.

Seriously, though, I would have luuuurved to see both Mayumin and Himarin's solo versions of these covers and outfits, cause whilst I find the overall outfit tacky (but pretty!), the aesthetic of each image is damn pleasing to the eye. Like, everything fits so well together; the vibrancy of the purple and lilacs, the warmth of the pillows and rug, etc. etc. It all feels very rich and magical, and it's one of the groups best covers to date.

I'm still not 100% about those covers, though, I mean... they are pretty to look at, but they also look cheap. I guess it's the shiny look they have going on; shiny clothing never looks good, because shiny fabric usually means cheap and tacky. Hopefully, it transforms into something prettier, and if not... Well, let's just pray. Maybe the magic lamp will make them look less shimmery and more matte?

I do love the design and veils, though, and it's actually nice to see the group in trousers / pants, for once. I've never actually seen them in anything other than skirts, come to think of it, and maybe sports joggers. That's as far as they'll go, it seems.

Colour scheme-wise, though, I am totally game for this outfit. I freakin' love purple, it's such a soothing colour, and it's eye-catching from the get-go. I am so glad purple was chosen as the image colour, this time around, because it honestly suits the members, and looks fantastic in-photo.

Speaking of looking fantastic, has anyone checked out Saorin's solo cover? She is definitely the most eye-catching of them all, and looks hella pretty here. Her hair is amazing, and she just radiates confidence and royalty. If she was my Oshi-mem, she'd be the one I'd buy the solo cover version of, because she is just so pretty and cute, here. I really can't say the same for Maika, though, and usually, her covers look incredible. I mean... can we fire whoever chose that picture of her? It's unflattering, and she just looks high.

She probably got the wrong lamp >o>

Ahem. Yeah, I mean... it's unfortunate, and I am sad, because Maika is gorgeous, but of them all, her solo cover is simply nope. Like Inoue no Uta  nope levels. Because I totally needed an excuse to use this GIF again.

Okay, okay, that aside, the other thing I find a bit nope-worthy in regards to the covers, is that horrid mis-match that is happening with Team Miracle. Seriously, either find a costume for all of them, or just do head-shots. I really can't stand seeing a uniformed group, in different uniforms when they are standing together in one shot. It's just messy, regardless of how much hierarchy it shows off. And damn, I really don't like those new HouPri day uniforms. They're pretty tacky, too.

Did their costume budget get cut?

I do like the location they're standing in, though, despite the fact it feels nothing like a song about Jasmine and Aladdin. (And right now, guess who is wishing there will be a simplified MV to their b-side track? Me. Me, me, me, me, MEEEEEEEEEEEEEEEEE!)

... And those are my thoughts. I like the covers, but, I am still conflicted due to petty wota rage. It can't be helped, of course, because I have no say in any decisions made regarding the groups releases, or how the group works. If I did, you could bet Nana wouldn't be singing, or at least, not as much, and my dear Mayumin would get at least a little line or five. Alas, 'tis not meant to be. Ah, well!

Regardless of these conflicted feelings, though, I'm excited for the release. I love all of HouPri's songs so far, and whilst not all are amazing, I enjoy how varied in style they are, and the lengths composers go to to try out new styles for the members, and themes that will fit within those styles. For Abracadab Luv! I am especially excited, because who knows what could come out of this? Hopefully, some authentic Arabian sounds?

Until the Music Video comes, though, I will have to keep wishing. Hopefully, we won't have to wait long... December is almost upon us, after all ;)

And now I'm going. Take care, guys, and I'm sorry for the spiel. I got carried away, don't I?