Sins Of The Idol: Sloth

The life of an Idol is one we follow closely as fans, and whilst we try to focus on just how perfect they are and the joy they bring us, I think that sometimes, we need to also focus on the negatives. No group or artist is perfect in this world - they are, after all, as mortal as we are. It is human nature to be imperfect, and it is a part of human nature to sin.

And sometimes, these little sins aggravate us greatly. More specifically, the sin of Idleness aggravates us, and anyone else who has experienced the work of a lazy person.

It's time to Sin with Sloth, fellow Wota~

Sloth - A Sin filled with idleness and a desire for a life of ease. This is a sin that affects the mind and the body, creating a lazy individual who wishes to avoid a life of toil.

The colour associated with this sin is Light Blue. 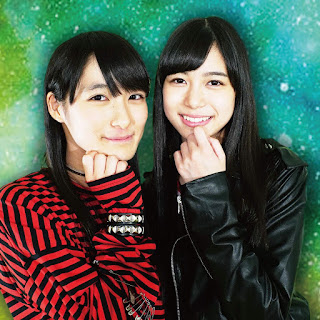 Released who cares when, Inoue no Uta became the second digital release from Hello! Project this year. Unlike Miss Henkan!!, however, this one was given a live-action music video, instead of hand-drawn imagery, allowing us to see the singers in full force, and giving Inouex2 fans something to enjoy!

Well, that was what you had hoped for. Instead, you were given this.

I really don't have to point out the obvious, but I'll do it anyway: Inoue no Uta has a lazy-as-fuck promotional video. The effort put into it is below 0, the effects and graphics are downright cheap, and the execution is sloppy. You don't have to sit through it all to see that even one half of this duo (Inoue Hikaru) isn't invested, either. I mean, who can blame her? Her feature debut is worse than a sub-par picture MV. Seriously.

I actually can't believe that Hello! Pro and Up-Front are being this lazy.

It's not like the song is that bad, either. Actually, Inoue no Uta is genuinely enjoyable. With a bit of a Gothic vibe to its beat, this song is actually really well done, and Inoue Hikaru's vocals work beautifully with Rei's. In fact, I find Hikaru to be a lot more vocally adept than her major debuted senior, but that's all about preference and taste, of course. Still, I enjoy the song itself.

The video is just a major turn off, which is why I've not listened to it properly since watching this abomination.

I mean, I get why companies make cheap MV's; they do it to save money, and they sometimes do it because they don't have the means to use proper sets or locations, or the group is just starting off, and they need to save their money on other promotional ventures in order to get the groups name out there. But this is Up-Front, a company who clearly have the money, and clearly have the experience in editing and using various software to create a solid, pleasing product that is high in aesthetics and quality. So why did they create this giant piece of dog shit?

Cause they are lazy, that's why. There really can't be any other reason, can there? I swear, they just grabbed the girls on Rei's day off, told them to pretend they could play guitars, and filmed them with a blue screen, then added their own gradient backdrops they downloaded from Photoshop. 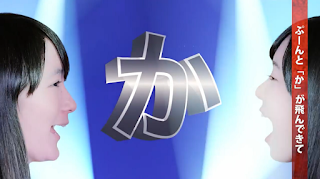 DUDE! Even the font looks like it was taken from fuckin' word art. Does word art even exist any more!? 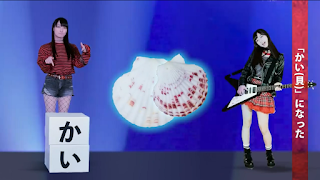 ... Okay, I guess that has something to do with the way symbols look when certain symbols are taken away from a word, but, what the fuck?

In the words of my friend: "It feels like a four year old did the editing, or something." Yeah, Soochuu, I fuckin' agree. A bloody professional can not feel proud to claim this whole atrocity as their doing. They seriously can't. This is something I could have done on Windows Movie Maker back in bloody 2007.

I doubt you could even super-impose on WMM back then, but whatever. This has the quality of WMM way back when.

Good grief, even the effects are terrible executed here, not to mention the use of Chroma Key. Nothing is smooth, nothing flows, and I swear, the girls aren't even standing on the floor when they are supposed to be, at one point. I seriously wonder how this MV was even given the green light to put onto youtube; I have seen bloody 70's films with better graphics and CGI than this piece of garbage.

In fact, the 70's had revolutionary CGI and used chroma key effectively. Up-Front, however, really just didn't give a fuck.

Maybe they let one of their single cover editors have a go at a PV? I mean, that's the only sane explanation, aside from one of the managers letting their kid do it as a Sunday project they could show off at school.

Whatever the reason, I am so, so sad that this was the intended end product, and that this was delivered to the fans. It really is one of the poorest uploads I have ever seen, and its quality is sickening. How did anyone ever think that this was good?

Inouex2 depict the feelings and actions of Up-Front editing staff once the PV was done, and then finally acknowledging the efforts of said editors and all the hard work they put into this stellar piece of nope. 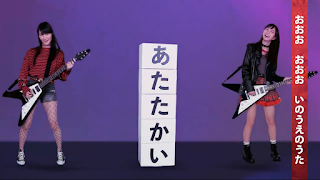 There are times when cheapness can work well, and times where it is used for fun and to show off how cheesy and cute such effects and graphics can be. This was clearly not one of those times, because if it was, there would be a lot less of it, and a little more substance. Inoue no Uta, sadly, has had no creative direction, and was clearly done as a means to get a promotional video out for the song without providing much effort towards the product itself, which kind of defeats the purpose of a damn promotional video, if you ask me.

If it was a parody, then okay, but I actually don't think it is. Up-Front don't exactly do parodies, nor do they make funny videos. They generally go down the effect-heavy route, trying to show off their skills as much as possible. And yet, in a 2 minute, 30 second video, they can't even give it one pleasing scene. How does one even do that!?

I swear, this PV is a clear example of everything you shouldn't do for a music video, especially one created in 2017. It's cheap, it's tacky, and above all, it's lazy as all heck. Surely, there is nothing about this PV that would make people like it. 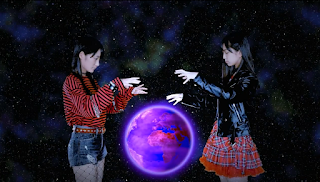 ... Except for it's absolute lack of seriousness.

Though I do not believe this is a parody, I do think the video itself was never taken seriously, and should not be taken seriously. The sloppiness of it all is clearly purposeful, and its use of effects and lack of care towards quality actually make for some entertaining scenes, ones which I can use again and again, if I feel the need. Still, it's lack of care towards being serious is clearly off-putting for fans; to see Up-Front bring out something this cheap and lazy, is quite alarming. I'm pretty sure they could have made it look good, and still done a bit of cheesy effects, without making the product look bad.

But, sadly, I think they got too lazy, and they most likely felt the fans wouldn't mind. After all, it's only a digital single.

... Yeah, well tell that to the other digital single PV's that actually have quality thrown into their editing, ya jerks >o>

In short: Inoue no Uta is crap. It takes the piss, and shows us just how lazy Up-Front and Hello! Project can be when it comes to something they really don't care about. If we thought that their single covers were bad (they are), then I say, take a look at Inoue no Uta (as well as its single cover. Yikes!), and bless your souls that the single covers don't fucking move. If this is the quality they can go down to, then Lordeh, I am scared when they give us worse. It is utter garbage, and absolute shit.

I'm sorry I had to put you all through this horror, all over again. But, hey! I got my Sloth Sin covered!

Now it's time to nope the fuck outta here.

This is a Sin, and it's one I hope Up-Front never return to! I appreciate the PV's they bring us - they are beautiful, splendid things, but this? This one deserves to be deleted, then re-uploaded with some quality to it. FFS, H!P, your Kenshuusei and weak-ass Kobushi singer deserve better!

Hopefully, the Sin of the next post won't be as aggravating! But until that post appears, the Sin will be a secret!

Until next time, Sinners! Love your Idols, take care of yourselves, and try not to sin with Sloth as much as Up-Front had this year! It'd be a bit of a crime if you did~

Enjoy your Sins and Trickery,
Chiima~
Posted by Chiima at 18:18