A New Year, new news! It's 2017, and I hope that so far, everyone has been enjoying their time in this new chapter of their lives! Hopefully, for the New Year, you had a fun time, did the count down with your family, and drank a little bit of happiness. Hopefully, you were all safe, too, because I don't want anything happening to y'all. You're my buddies, so please, stay safe, otherwise it's not as fun of a New Year as one would hope.

And now, for the first post of the year! Of course it has to be HouPri, so... let the news commence! 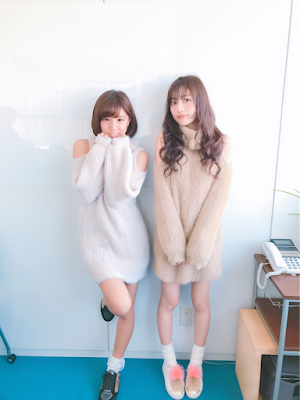 On December 27th, 2016, it was revealed through Cute Black's Twitter that Nozomi Ota and Tanaka Asami of Heart x Strings affiliation would be leaving the group, in order to joined Houkago Princess as Apprentice / Candidate members. From January 1st, 2017, the duo have since been transferred, and are set to make their debut appearance as official HouPri Apprentice members come January 4th!

The two members join Morishita Rina - who has since been bestowed with the member colour, yellow-green - as one of HouPri's latest additions to the unit, as well as Horii Nina, who has been with the group since January 2016. Both have joined the group with aims to eventually debut as Regular members, where they will become full-fledged Princesses, and dress up in beautiful gowns and re-enact stories of old that we all know and love.

Both members have been active within Heart x Strings since its beginnings in Summer 2015, however Nozomi Ota has had a career prior to that, with one interesting resume to boot. Asami is a little less known, however, that matters very little, especially in this world of Idols. Still, it's interesting to find a few things out!

So, in order to get to know these two new Candidates for the HouPri Throne, let's delve into their profiles, and check out just who they are, in order for you to pick out your favourites! Let's go~ 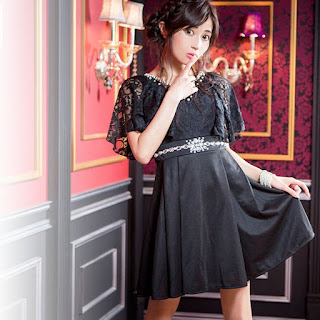 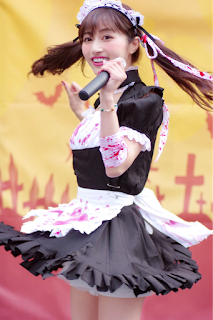 Active since 2008, Nozomi began her career within the entertainment industry as a model for magazines such as Popteen, KATY and BLENDA. Her first regular job as a presenter was on a show called Game Maniax, where she stayed from 2012 until 2015, finally graduating after 3 years in order to pursue other things. She has also expanded into acting, and has made appearances in various commercials and TV dramas. In 2014, for one year, she was a part of the unit BERRY GIRL'S as a 10th generation member, where she promoted the brand Berry Tackle, which sold fishing gear. In the summer of 2015, she debuted in the Indies Idol group, Heart x Strings, further expanding her career pool, and claiming that she wanted to become an Idol so that she could meet the fans, as well as perform.

Also, Nozomi has a background of not only film acting, but also stage plays and musicals. 2015 saw her most productive year in stage acting, with the play Butterflies are Free being one of her biggest casting decisions, where she played the lead, Jill, for the B Team.

When looking up all this information for Nozomi, I was surprised, to say the least. I mean, why would someone who has such an extensive, professional history want to be in HouPri? I'm in love with the group, definitely, but even I know when someone is too good for something, and Nozomi is too damn good. She's seasoned. She has contacts. She knows this industry inside and out, and after a year of performing indies, she's dipping her toes into another Idol unit and expanding her options. I mean, go for it, I am so happy to see a talented girl come in! I'm just confused, is all. Why HouPri?

It's the fact they don't have an age restriction, isn't it?

Seriously, though, I am pleased Nozomi's in. She's gorgeous, she seems to know what she's doing, and, holy shit, she's my age. YES! I love it when an Idol comes in, and is older than what is the norm, which is around 13~14, right now. So, I'm pleased with her age, and also the fact that she's really seasoned and professional, and has had a career before joining HouPri. It probably makes stuff a lot easier for Cute Black and HouPri, plus, there's probably a ready-made fan base already there, waiting for her Princess debut! Well done, Management, you nabbed a good'un o-O. 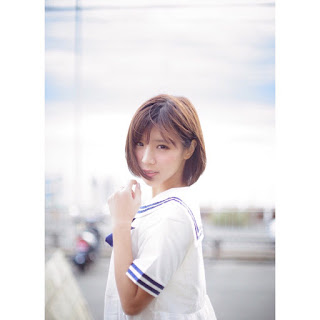 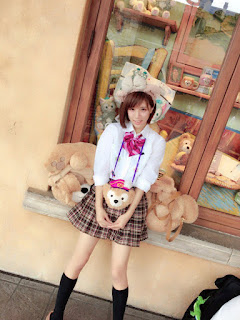 Affiliated Groups: Heart x Strings (2015 - 2016)
Occupation(s): Idol, Actress, Model
Likes: NMB48, SMAP, Disney, Cuisine
Random Trivia: She visits Disneyland at least three times a week, and could easily guide a person around it. She also leaves a place when a situation becomes crazy.
Her name is the same as the model's, Tanaka Asami, including the characters they use. They are also born in the same year, though the model Asami is older by about one month.
Yamamoto Sayaka is her Idol.

A little less known, Asami made her Idol debut in Summer 2015 as a member of Heart x Strings. She has since been performing with the group, modelling here and there, and also acting a little bit. Throughout 2016, she has been filming for the up-coming drama series, Miss Moonlight, which is shot like a point of view documentary.

There is so little known about her, but of the two, Asami is the newbie in this area! With one year of experience, it seems that Asami has gotten some exposure by doing a few things, including acting and whatnot. It will be fun figuring out just who she is during her time in HouPri, though, because she's so fresh, and is only just starting her story. It's really nice. Plus, she has this enthusiasm about her that feels very new-Idol! Not to say Nozomi isn't enthusiastic, I bet she is, but she definitely is able to put up a front easier than someone who is still new to the industry. She's been at it for over 8 years, now.

Asami is very beautiful, too, as is Nozomi. Funnily, when I shared their images on Facebook, a lot of people commented mostly on Asami and how much they liked her. That surprised me, mostly because I believed people would be attracted to Nozomi, for both her looks and her history. Guess you can't beat Asami's cuteness, aye?

I look forward to seeing what she brings, and once again, I'm delighted that she's older - this makes her older than Nina (16, soon 17), and Rina (22), which I find a little more than hilarious. The fact she's even older than some of her seniors, like Miran... well, funny it be! XD

I swear, HouPri manage to get talent, one way another. In the past, they've had members who have come and gone, with talent under their belts either from their childhood, or elsewhere. Sakurai Riho was a pianist, Yamakawa Risa was a ballerina with a licence to teach the art, Saori has her calligraphy, Kamiya Airi was a model prior to joining, as was Sahochi. Miran was a part of Akihabara Backstage Pass, too, and another Idol unit before that, and of course, Maika was a part of Power Age way back when, and Mayumi was a gravure model beforehand, whilst Sasara is a former Race Queen.

Yeah, I did my research. Boom, mind = blown!

*ahem* HouPri has had a lot of talent walk through their doors, with few staying, but, they have an eye for grabbing the ones who have something about them, it seems, and with both Nozomi and Asami, this is no different. Even if the girls don't have prior experience - like Nina and Rina, and others - I don't doubt that management will do something with them, cause obviously, they see the potential. Nina, for example, has gotten into the gravure modelling circuit pretty quick with them,, and I think she's been well received. Likewise, they've seen the potential of all other members, with Miran being a key dancer, as well as Saori.

Basically: HouPri Management seem to have this eye for talent, and damn, they bagged a good one, here. How they did it, I don't know. I would say candy, but it was probably a deal that included much modelling, and many performance promises. Who. Freakin'. Knows. The mystery is yet to be solved, however, I hope that the time both Nozomi and Asami spend in HouPri is happy, and that both stay a long time, and get to become a part of the Regular lineup, too. I really don't want either one to leave, not any time soon, at least.

With HouPri, though, one can never know; they are as ever-changing as the 48's, and seem to lose just as many members. It's sad, but it's true, and I am very aware of how HouPri works, and just how many girls they get through.

That said, here's to the new Candidates for the throne, as well as a new year! I hope that it's a good year for Houkago Princess, and Idols in general, and for yourselves, too.

Happy New Year everyone, and until next time! Take care, be kind, stay happy, love your Idols, and be safe.