With the sudden withdrawal of Nagasawa Marina coming up this December 31st, I thought that Houkago Princesses announcements were over for the rest of the year.

Well, that isn't the case, because they had a few more up their sleeve, with one that has [yet] to be announced, but I managed to snoop my way towards the information via my usual HouPri Stalking techniques! WOOHOO!

Let's get into some news, shall we? 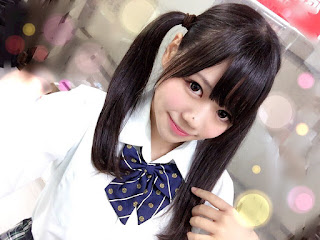 Firstly, a brand new member has emerged! Meet Morishita Rina, the latest Candidate to grace the HouPri Halls. Like Horii Nina, she will participate in activities with the Regular members, but will only be included in the chorus and as a backing dancer. She will also perform at her designated Team lives, and help to promote the group.

Here is some of her profile so that you can get an idea of Rina, for now.

Announced on December 20th during the groups first Music Video Collection DVD release, Rina will begin her activities swiftly as both a Candidate and Team member for Team Miracle. It seems she has already been well received, with comments on her cuteness from the other members in their introductions of her on Twitter. Right now, it seems that there is little to know about the latest HouPri addition, so it can be assumed that this is her first time in the Entertainment Industry.

At 22 years of age, Rina is older than her fellow Candidate, Horii Nina, who is still just 16. She is also older than her Seniors, Yamaguchi Miran (21), Sirosaki Himari (20) and Kojima Mayumi (21), all of whom are Regular members.

Team Miracle consists of Sirosaki Himari, Michishige Saho, Nagasawa Marina, Kojima Mayumi, Horii Nina and Morishita Rina. The group is made up of members who seem to still need training in becoming better Idols, and their focus seems more on becoming successful tarento's and MC's, though they each have a chance of joining Team Twinkle if they show vast improvement.

Thirdly, through minimal digging and snooping around, it has come to light that Houkago Princess will release their 5th Single on February 15th, 2017! Currently untitled, the single will depict the story of one the four greatest beauties of China, Yang Guifei, a woman who was said had a face that put flowers to shame.

The single is said to be an ambitious piece that tells the tale of a man who loved a woman on a magnificent scale, to the point where he loses power over his country.

The single will include Regular and Limited DVD editions, as well as the eight Individual Regular Member Covers. This will be the first release of the New Year.

As a personal comment, I would love to see the story incorporate some traditional sounds, as well as some beautiful imagery. It would be nice to see if they also include elements from the Chang hen ge (Song of Everlasting Sorrow), a poem based on the story of Yang Guifei. Also, honestly, I am delighted by this news! I am happy to see that HouPri are continuing to show an interest in displaying their use of the 'Princess' theme with a variety of cultures, stories and history. They are taking on classic figures, reinterpreting them in their own way. Ir's nice, and I hope that they do this one justice.

I would also say, 'I wonder who will be the center for this?', as it calls for a real beauty, but there is no doubt it'll be Nana and Maika, though Maika would fit the role quite well. Nana, on the other hand...

I would love to see another lead in this, but if Sasara gets a lot of lines, AWESOME, but it would be nice to see someone else be given a chance to shine. Fat chance of that, until at least Nana graduates. Ah, well, I can freakin' wish! XD

In other news, it was announced earlier in November that both Kojima Mayumi and Sirosaki Himari would release Gravure DVD's. Both members went on a trip to Indonesia, where they shot their up-coming releases. This will be Mayumi's sixth DVD release overall, as she has had a career in gravure since 2012. Only recently did she halt those activities in order to pursue a career as an Idol.

For Himari, this will be her first Gravure release. From the pictures she has released on her Twitter page, it seems that she will be going for a cute / romantic vibe, whilst Mayumi may be going the traditional gravure route, and may not have a theme.

Both titles are undetermined, and the dates have yet to be announced, however both might be released on February 17th, 2017, according to allcinema.net | 2. 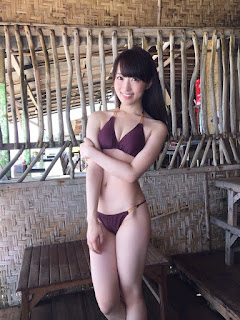 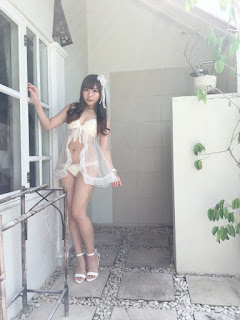 And there we go! A bunch of announcements, all of which I hope have intrigued you, even just a little bit! It's a good amount of news, in my opinion, especially with the disruption of Marichu's impending Withdrawal this end of the year.

Until next time everyone, please take care, and enjoy your Idols! <3