With every love born during Christmas time, there is also heartbreak just as the snow begins to fall... 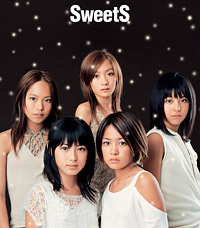 The coldest feeling in the world is not the snow that touches warm skin, but the chilling feeling of being betrayed and having your promises broken. If you ever liked someone, only to find that they never meant all they had said to you, how cold would your heart become, and how much would the snow remind you of the suffering you have been through?

Will you give in to the snow and freeze your heart, or will you create new bonds with those who have also been wronged?

On the Eve of the Ninth, let's see how the snows first fall can bring back painful memories of a relationship lost to broken promises and lies...

Oh, wow, now I know where H!P got their fake snow from o3o

Cuppa coffeeh for the road, luv?

Damn, that's a nice study! Doubt an kid like you could afford such a place, though.

Haruna: "Who the fecks disruptin' me studies?"

GAH! Why you going after a highschooler!? There is no way in heyll you're her age!

Holy shit, he carries snow!? How's it not melting in your hands?

... Why do you look like Takahashi Minami, but with less crinkles? It's the hair

If you never tried to learn this dance, you is lying o3o

Omg, that coat is so fuwafuwa, I wanna touch it *^*

I don't know why, but I feel like we're on a turn table xD

Someone is definitely enjoying the discomfort levels of this PV. I mean, why else would you want an angle like this?

When did this get shady? WHY does this look shady? xD

There are some adorable members in SweetS, awww!

Love, he's not in the sky, sending you smoke signals. Seriously. Doubt he'd put that much effort in :/

... I actually only know this fashion brand from a game I played on a Gameboy ROM back in the day XD

He was just there, sweety! Just follow the stench of douchebaggery, and you should find him pretty quick! If you want my advice, though, don't; go home, and sleep soundly knowing you left him, not he to you.

... Are those pleather leg warmers? e.e Good gawd, Avex, what are you smoking?

TBH though, the style here is pretty nice. A bit early 2000's, but still good, even for today.

The puffy sleeveless jacket, however, needs to die. And quickly.

... Yeah, kid, I wouldn't trust a guy who asked you to meet him at a place that looks pretty damn derelict. That is so many shades of nope, right there.

You are a douche pickle. HISS!!!

... What's that smile for? Please, girl, don't smile for him! Smile for someone who deserves you!

She looks a tad grumpy XD I would be, too, if a guy had me playing ring around the fuckin' rosies just to find meet up with the eejit o3o

Good gawd, don't get too excited at finding him! He invited you to a bloody abandoned train station! o-O

Yeah, I'd stop looking, if I were all o you. It's pretty much debris and creaking floorboards, at this poInt :/

All that fuckin' pleather on knit sweaters, though. It's both cool and questionable e.e

Avex in a nutshell.

I will forever ask this, and never get my answer, but: HOW IN THE FUCK DO YER WALK AROUND IN SHORTS IN THA WINTER, THO?

Seriously, girls, cover those legs up before y'all catch some pneumonia!

Douchey-McNopeFace: "Legs, where!?" -looks up-

TBH I can see why you'd film in a derelict / crumbling train station; aestheticism. Gotta entertain those viewers, you know?

... WAIT, how in the fuck did you just appear, when you were supposed to be there first!?

This is what a jerk does: Invites a sweet girl out somewhere, forces her to wait in the cold, then never appears.

Here, let's have a bunch of girls crying in the snow, because heartbreak and availability and all that shit!

Apparently, it's bad luck to have a picture of a child crying in your house or in a photo frame. This is a superstition my mother taught me long ago. Anyone else aware of this, or just me?

Giiiiiirls, girls, don't waste your tears on him. Your careers a lot more lucrative than his fake love ever will be.

Good fookin' grief, I wanna dance to this so bad, but if I do, I might just bust a hip. I'm getting old, you know e.e

WAIT, Douche Pickle was a figment of her imagination!? Wishful thinking? He ditched them ALL!?

Wait, so they're friends now? Did they bond over mutual hatred and icy hearts? Or did he cheat on them ALL, and they don't know? Hmm...

Once that first snowflake hits your cheek, your heart begins to freeze,
and the tears form once again...


I was not originally going to review this song, because at the time I was putting together my list for songs and videos to review, I didn't have room for it. And then I saw my one giant blunder: I had completely missed out Eve the Ninth on the list I created. In fact, I missed it out on TWO of the bloody things, meaning that I was a day down. I didn't realise this until the night before this was due out, and even then, I couldn't do much about it, then: I was busy with work and then packing, and I was severely sleep deprived to boot. So, it had to wait until early morning to figure something out. After asking two lovely online friends (Rae and Ashley, shooooout oooout! ♡♡♡ My saviours and my loves!) and giving them a decision between two MV's, this was the winner. Because SweetS > S/mileage.

Originally suggested to me back in November by Wotutu (♡), I was honestly unaware that this could be considered a winter PV, but by Joe, it is! It has snow. It has heartbreak. It has shorts in the cold and fur on the coats. It's a J-pop winter PV through and through, and actually... I'm into it. I didn't think I would be, because whilst I don't mind SweetS - they have great songs - I did not anticipate that their videos would live up to more modern MV's.

Then again, this is Avex, and whilst they may recycle their beloved 90's pop, they really do create some awesome looking music videos, and they certainly don't skimp on the structure with SweetS, thank goodness.

This is a good PV. It's interesting, the idea behind it is quite bittersweet, and I love the outcome. I didn't actually anticipate that the guy - good ol' Douche Pickle - would actually be a figment of Haruna's imagination in the end, the desire that he would come and see her, only for her to come out of it as heartbroken and lonely as the others. I did not expect them all to basically come together in the end, signifying their closeness despite what has happened to them. It's quite a thoughtful PV in its creation, and I enjoy how Avex managed to twist a story for it, even though it might seem there is little there to begin with.

What I get from the video's story is, basically, this: It's winter, and when the doorbell rings, Haruna is reminded of a similar time where she sat at that very desk, and was greeted by the guy she likes. He asks if she can meet him somewhere, at a specific time, and she agrees - of course she does, because she likes him so much. When the time comes to go, Haruna goes looking for him, hoping to find him waiting at the destination he had told her about. Unbeknown to her, however, four other girls had gone through that same trek, looking for a guy who promised to meet them at a certain place, a specific time. Finally, when she gets to the station he had told her about, she waits. And waits. And waits, until the snow becomes so cold and harsh, she realises that he will never come. He lied, playing with her heart. Like the other girls before her, she finds herself all alone, crying as the snow falls around her...

Then, somehow, the girls find each other, becoming friends and understanding one another through their mutual heartbreak. We then come back to the present, when the doorbell rings, and Haruna gets up to greet her friends at the door, on the Anniversary of their heartbreak, but also their friendship.

Okay, so, I do like this video. I like it a lot. Anything simple and effective is great, in my opinion, and Avex has created something really mature and bittersweet. The camera angles are diverse and creative, there is an assortment of ways to view the video, and we get a considerable amount of time for each member, though it is clear that Haruna is the star, here. Still, it's nice to see all of the members given some screen time, as well as a few lines each. I did not expect that, as I always assumed they were a dance and vocal unit, with two lead singers, and three backing dancers. So yes, a pleasant surprise, indeed!

I think, like Aitai Lonely Christmas, the video for Love Like Candyfloss ties in quite well with that idea of girls in love during the winter season, only to be rejected or stood up when wanting to meet their beloved for Christmas Eve. It's heart wrenching, but unlike Aitai Lonely Christmas, this video at least has a happy ending; the members come together as friends, and seem happy with one another's company, and that is really nice to see. Though they were all tearful and heartbroken by the guy who had promised to meet them all, they were able to find comfort in one another, and form a strong friendship from it. So. Damn. Sweet(S).

I really have no qualms with this video right now, because I think it's done quite well. I like the angles, I enjoy the idea behind it, and I think all of the members did a pretty good job here. It's a good song, too, a classic of Jpop that a lot of people might recognise, by a group that is renowned in the Jpop community just as much as AKB48 or Morning Musume are. I'm glad this was the one suggested and, ultimately, chosen for this review, because it's a good video, it was fun to review, and I've enjoyed myself.

If your heart is broken this winter, don't despair! If in doubt, please remember that friends are all around you, even when the memories tinted by snow return...

Love your Idols, and sleep well, everyone.