As you look into the globe filled with glittering snow, you shake until it begins to flutter all around, gentle but fierce, and it begins to soothe your mind and soul in all its simplicity... 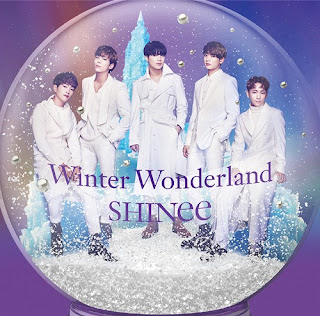 We all dream of white Christmas, to see the snow blanket the ground and watch everyone play in the snow, making Angels or Snowmen with cheer and glee. Snow is a magical thing; it brings a great deal of happiness, despite how cold and frigid it can seem, and it can create such happiness in people both young and old. As a kid, though I did not like how cold the snow was, I enjoyed building snowmen and watching my father give them hands and feet, moulding them into an almost human shape. I loved walking through the fields and streets, seeing how the snow covered everything and made the world look so beautiful and unique.

It's a time of the year that can bring great joy to many, as well as inspiration and serenity. It can change your world as you know it in a flash, and make a dying world seem beautiful all over again once Autumn has ceased. It comes as no surprise to me just why the snow is loved so much.

The Seventh Eve is about to begin, and tonight we take on a journey to find a wonderland in the winter. Once found, let's enjoy the beauty it brings, and the happiness we shall surely feel when surrounded by such wonder!

Just so you know, I still don't know the names of Shinee's member, save maybe one. It's all guess work from here on out, as per usual. Y'know; normal procedure with any Shinee MV Review courtesy of Chiima. It's my own mad, little tradition here!

... Is that you, Mike Jong? Have you returned to me once again!?

Oh, why are you in a display window? Is your company so baffled by your beauty, they thought you should play mannequin for the fans?

Good gawd, you have cheekbones so sharp, you could cut a bitch. Sliiiiice!

Oh good grief, which one are you? o-O Onew?

I dub thee the best damn Lips of the Bunch!

... I'm also gonna take a gander and say you're Key? Or maybe Taemin?

There's a few of these repeat scenes where they don't do much, but, it's Mike Jong... I ain't complainin' >o>

Good grief, he could cut cheese with those cheeks owo Slice me some Edam, buddy!

Okay, so are you Minnow -- FUCK, I meant Minho.

I'm getting Sherlock Holmes vibes from this scene, don't ask me why.

Jesus Christ, when did I start watching a Backstreet Boys video? 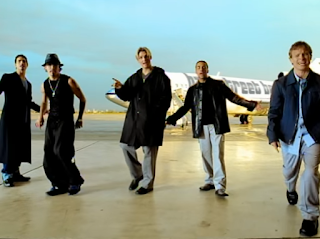 Oh, holy fuck, it is a Backstreet Boys music video! There's even one with a trench coat, oh my goooooood!

Glad to see we updated those god awful 90's trousers, though. Yikes.

You're fucking adorable, tbh. I want to just feed you and give you cookies, or something.

I swear, either he was crafted by the Greek Gods, or he has a really amazing contour kit in his makeup stash.

UPDATE; Hot damn, those cheekbones do slay me.

Eff you, ya piece of 90's themed trash XD

This is his go-to 'come hither' look. Makes all dem ladies go wild ;)

hOW IN THE Fuck is your voice so damn low yet your face so damn cute!?

A replica of me or any Idol who can't sing, when trying to hit that high key that ya'll know you'll never reach.

Despite not much going on, this is a damn gorgeous MV. It also reminds me of London despite only going there, like, twice in my life

JongHYNNNNG in skinny jeans, though *^*

I wanna stare at him all day, and study dem cheekbones only a master could sculpt.

God damn, that terrible hair. We really have travelled back to the 90's, haven't we?

Given I have no clue how else to tell you apart right now, I'm gonna base y'all on your hair. Suck it up!

I hear his cheekbones were crafted by the Goblins who made The Sword of Godric Gryffindor! -Chortle chortle guffaw!-

But but I LEARNT JONG'S NAME!? And I've guessed all of the rest, is good enough!

Baby-Face: "Let it Gooooo, Let it GOOOO! CANNAE HOLD IT BACK ANY MORE!"

Maybe I need to get you some gloves before you decide to freeze the rest of your car, what's-yer-name.

AW, FUCK NAW, you are not doing this to me, PV! XD

Good GAWD, do I have to bring it up again?

Yes. Yes I feckin' well do, cause y'all not gonna learn, otherwise. 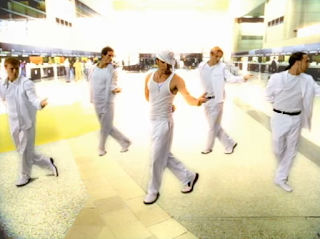 God damnit, Shinee, there's a reason we left this shit back in the 90's and early 2000's and never looked back! Except for you, H!P. Urgh

... I really do wish I knew your names, but what's the point this far in the fame? xD

Holy shit, I think we've come to the Frozen Universe, here! Anyone wanna build a snowman?

We all make this face when eating snow, don't y'all lie to me!

Seriously, I can't get over how god damn 90's this is! Just so happens, this has better CGI.

Welp, the snow in the globe is settling, and Shinee are nothing more than little figurines now... Shall we give it another shake?


Let it snow tonight. It's been such a long time...

Surprisingly, this was not a very long picture post. I honestlly thought I would include a lot more, but when most of the images and expressions throughout the PV look the exact same, I can't help but want to limit myself in what I include. It just makes things a little bit boring for me to include similar images, and, it stumps what I can or want to say, as I have already said it. So, whilst it is quite short, that does not mean it's because I didn't like every aspect of the video; it's just that it was kind of... samey.

Now, this music video was suggested to me by my lovely Angel, who, when I asked if she knew any Korean artists with Christmas or winter MV's, really came through and gave me two damn strong contenders that I wanted to use. Of them both, I thought that it'd be fun to do Shinee's release first, because, 1) They are no strangers to this blog, and 2) I do like this PV. Plus, I thought it'd be funny to go back to the one group I generally fuck up on with names and such, and see how much I've improved (or, most likely, not improved) in recognising who which one happens to be. Pretty sure I have one name right, but the rest... Yeah, it's all a game of guessing, and it's a game I suck at XD

At least I admit it, though, and I am 100% honest in the fact that I don't know which is which, aside from maybe Jong. Even then, I could be wrong. It's me, after all.

ANYWAAAAAAAY, when watching the PV itself, I honestly could not help but feel this strong sense of nostalgia throughout. In look and feel, Winter Wonderland is, in all respects, a 90's music video. It has the aesthetics, the clothing choices (albeit, with better, more modern choices that look good, thank the Lordeh), and it even has awkward hair styles. I would say that the only thing missing - and this is a saving grace, I promise you - is the awkward stubble beard fluff these cheesy boy bands tried to pass off as sexy, back in the day. We don't have that here. Instead, we have clean baby faces, round cheeks... and chiselled to feck Jonghyun.

... Is it bad of me to wish he had ripped his shirt off somewhere in the video? I mean, yes, it's cold, and he'd freeze his nipples off, BUT! We need this. We need his chiselled-ness.

*Ahem* Er, where was I...? Oh, the 90's. Okay. Continuing from where I left off, this really does feel like a true 90's PV. It has a lack of choreography, with a rather simple, basic video - but still very nice to look at - and there is a clean, clear look to it, and honestly, it is a very well done video, I think, but the vibes are just sometimes too much for me to handle. Usually, when I watch a PV, I go in and out of viewing it, and when I do that with Winter Wonderland, I just... I laugh. I come back to it, I realise how cheesy it is, and I laugh, because it's nostalgic and hilarious, even when it isn't meant to be. I understand that, for Shinee and their fans, this is probably a very serious, heartfelt MV, but for me... Well, we know what I see, and it's nostalgia of the 90's, especially when the white outfits come up.

It is a gorgeous looking video, and I think the sets they have are great. The members, though not all to my taste personally, are definitely good-looking, and they look very passionate and driven. They have done well here, and Winter Wonderland is both a good video, and a nice winter tune that fits in nicely with my playlist, as well as my selection of reviews. Thing is, I do enjoy it for a different reason than you might do, but that's okay; it's how we work individually, and for me, I find pleasure in this MV because of what it is reminiscent of, even if that nostalgia was not purposeful in any way.

Still, it's quite funny to view it in such a way, and to pick up on some similarities in what once was.

There is a lot to enjoy about this video, aside from its nostalgic qualities. If you are a fan of Shinee, you will probably enjoy how nice it looks as a whole, as well as the members themselves. If, like me, you are a casual watcher or even a rare viewer, you might find its editing and crisp, cold look quite appealing. Aesthetically, it is pleasing, though I do admit it's very simple. Still, simplicity, when done right, can work very well, and I think that Shinee have achieved a good-looking, nice music video. Indeed, it could do with a little more movement and a bit more variety, but its tone, pacing and overall look are great, so I can't fault it much.

I have been thoroughly entertained, and honestly, I've had a blast writing this PV Review. Hopefully, you've had a bit of fun reading it, too.

As the snow in the globe settles to the base and your eyes fall close, a deep sleep washes over you, and you begin a dream of swirling snow in a beautiful, snow covered wonderland...

Until next time everyone. Please dream sweet things, and wish for snow to fall.