A Road Filled with Dreams and Hard Work Comes to its End! C-ute to Disband June 2017 at Saitama Super Arena!

Hitting newspaper headlines before it was announced live on the stage, Hello! Project's oldest and dearest group, C-ute, have announced that they will be disbanding in June of 2017 to follow their own individual dreams, and to take on that path called adulthood. 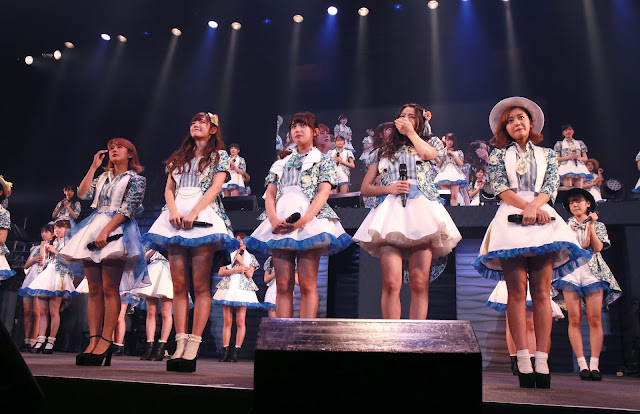 Announced on August 19th 2016, the group revealed their intentions for disbandment during the Hello! Project Nakano Sun Plaza live, noting that the idea has been in the works since the youngest member, Hagiwara Mai, turned 20 in February this year. With an up-coming performance at Saitama Super Arena, a stage which the girls have long dreamed of standing on, the girls will hold their final performance as the Idol group C-ute before parting ways and taking on their own individual paths.

It must also be said that the current Hello! Project tour will be the groups last, as they will not take part in the 2017 winter tour. In order to focus on their final tours together and their last activities, the group will dedicate their time to C-ute, and make memories for the fans and themselves that everyone shall treasure.

Since the announcement, Up-Front Link on Facebook has released statements from both management and C-ute regarding the announcement. Furthermore, comments from the members about their impending break-up have also been translated for the fans.


Thank you for your continued support of Hello! Project and ℃-ute.

Today, we have an announcement for everyone.
In June next year, we, ℃-ute, will realize the dream of performing at Saitama Super Arena. And this stage will be our last one because we will break up after.

This year on February, when all the members were at least 20 years old, we talked for the group and each respectively about what we can do... concerning the future. Since this moment, we concretely thought at the future of the group, with each advancing in her path and understanding each other.

However, because especially, "As ℃-ute, we still did not realize our dream! We cannot stop until we perform at our dreaming stage, Saitama Super Arena!", we have decided to face this dream and to fight for it.
After that, our feelings became as one during our activities, and, one day, we have been said that our performance at Saitama Super Arena was decided.

We were really, really happy. And at the same time, the dream of this big goal we were pursuing and kept on arrived... it was quite an indescribably feeling.

When Saitama Super Arena's performance had been decided, the 5 of us talked with the staff of the company, and we concluded on the fact that at the end of Saitama Super Arena, we will fulfill our individual goals and dreams after that.

Concerning the future, there were 3 options.
First one, graduating from Hello! Project and as ℃-ute, continuing activities in a different stance. Second one, suspension of activities.
And the third one is the one we decided, breaking up.

During 11 years, by facing this dream, and because all the members continued to kept running, when the performance at Saitama Super Arena will be over, we can say with confidence "Now, there is no regret! With all our might, we have fulfilled ℃-ute!"!
The 5 of us talked proactively for a long time and that rather a break of activities, we decided on breaking up.

℃-ute has been formed on June 2005 so next year on June 11th, it will become 12 years. There had been good times, bad times, and because there had always been all the fans supporting us, from our debut with the members we arrived this far 12 years later.
Our feeling of gratitude will really never end.

There are currently many promising kohai (juniors) in Hello! Project.
Even after breaking up, we will follow for sure Hello! Project and we are convinced it will lead.
What we inherited from our senpai (seniors), the time came we will transmit it and pass it to our kohai.

Every year, Hello! Project Concert tour takes place in summer and winter and the current "Hello! Project 2016 SUMMER 〜Sunshine Parade～/〜Rainbow Carnival 〜" is the last one we will take part in.

Until the Saitama Super Arena performance, ℃-ute members will as much as possible do their activities together and send their gratitude nationwide to all the fans.

Please support ℃-ute until the end.
And please continue to support Hello! Project from now on as well.

You can find the Management and C-ute comments HERE, and the comments from the members HERE. Translations courtesy of Up-Front Link.


In regards to the announcement, when it was made I had no feelings of surprise or shock. Even now, after sleeping on it, I'm still fairly neutral about it, because for a while now, I've seen it coming. Sure, it'd be better if Morning Musume broke up (because come on, whilst I love Eripon and Harunan and Ogata, the groups a dead horse still being beaten) however, C-ute's break-up has been up in the air for a while. Their little statement about 'if another member is caught with someone and strikes a rumor... we'll break up' was a bit of a giveaway, if you ask me.

That said, whilst I'm not surprised by this, I'm also not unabashedly delighted like I was with the Berryz break-up (oh, wait... "hiatus"), because unlike Berryz, I somewhat enjoy C-ute. They're enjoyable, their music matches them, and they don't look like train-wrecks on-screen. So, yeah, I prefer them, and I know I'll miss them when the time comes because... well, they're the best Hello! Project have on offer right now, and from what I've seen of the latest groups, no one else offers what C-ute do, or have an image as good as theirs.

Then again, I'm becoming a cynical old fool, and my interest in H!P and its boring units (outside of ANGERME and Country Girls) is faltering quite quickly, like a landslide.

Er, erm... *ahem*. In all seriousness, I'm going to miss C-ute when this time comes, because I honestly thought they might leave H!P and become artists, as such. But, I'm happy this was the decision they made, because whilst they are stellar together and stood the test of time, I do understand that they each have their own dreams and challenges they want to face as individuals.

I'm also happy that they made the decision to fully disband, rather than saying "Yeah, we're suspending activities and coming back", giving false hope to the fans and the like. I think I'd lose more respect for them if they did that, actually... -throws the dig and shade at Berryz quite happily-

So, whilst this news isn't anything new or surprising to me, I know that a lot of fans are deeply saddened by it. The group has had 10+ years of being together, and in that, they have proven that they can be just as good - in fact, better - than the group that they were the 'leftovers' of. They've grown, they've achieved, and they've dreamed together, and soon, they will make their own dreams a reality.

2017 will indeed be a sad time for the fans of this fantastic group, however please look towards the future with positivity and a smile, because that's what C-ute will do. Tears will shed, but smiles will bloom, and surely, these girls will achieve amazing things as they walk down their own paths.

Until this time comes, please treasure this amazing C-ute that have grown together and withstood all that was thrown at them. They became what they are today by persevering and never giving up, and now, with just under a year to go, they will show us their best. Let's all look forward to it and enjoy the C-ute we know and love! 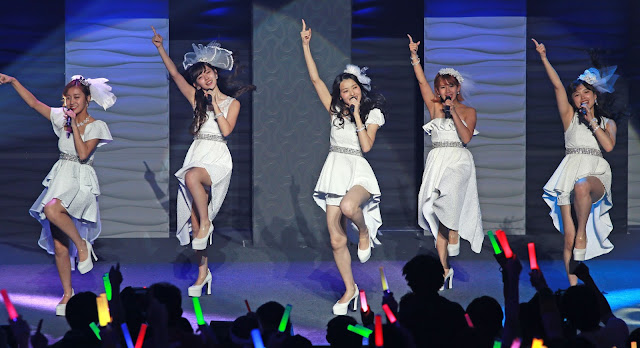 Until next time everyone, please take care, dry your tears and treasure your Idols, and of course, enjoy life.