'Music Selection' (tentative title) is set to be a monthly series where Angry (of Selective Hearing) and myself deliver unto you all our favourite songs and/or PV's of the month, with some short spiel as to why we enjoyed the song and/or video, as well the reason as to why the Hell it is on our list for the month gone by.

And, whilst this list will generally contain songs released from the month gone by, we may take a little U-turn and choose to look back at an old favourite or three from a different time period, or even a different era, if we dig something up and enjoy it throughout the month.
Cause that's how we ROLL!

Posts for both parties will be crossed over from here and Selective Hearing, so if you wish to read Angry's own January Selection, please head over to SH (if she has posted, that is~), and read on, little ducklings!

This is a general topic of fun and to be taken lightly. We do not intend to offend with our song choices, nor do we hope to annoy people by not taking interest in any song that may not have featured in this list. We are simply listing what we have enjoyed.

Okay, so, we done? Good, cause I need to get this ball rolling (finally) and begin the actual Selection Process. LET'S GOOOOOOO!

(So this is very very late, given I was supposed to post it way back on Feb 5th, however life called and duties had to be met. Still, I'm gonna do this, cause I can! Let's roll on through!)

Okay, so let's be honest here; January was, for me, a rather 'meh' month when it came to its music and PV's. It was dry. Dull. Bland. Tasteless. Lots of fun adjectives to describe January, because yeah, it was all of the above, and it bored me, save a few beautiful graces that flew down from the Heavens and entertained me.

Honestly though, my stony soul hurts a little bit when music does not please me, which makes the songs and MV's that I did find enjoyable all the more sweeter and beautiful, if you ask me.

Anyway, before I get carried away with nonsensical sentences, let's head into my January Music Picks, of which I have no specific order. Enjoy~ 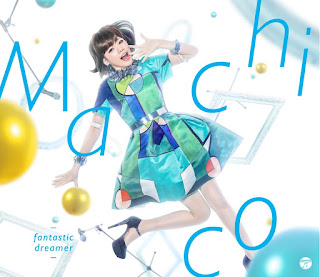 Honestly speaking, I went into Fantastic Dreamer wanting to hate it. I mean, I originally found this song through it's music video preview, and immediately I didn't enjoy Machicho's voice. That said, the instrumental itself hooked me, and I quickly found myself enjoying the song in its entirety, despite the vocals that accompanied it.
And yeah, now I rather like her vocals. Machicho adds cheer and energy to the song, plus, she's not as annoying as I originally thought her to be. Bonus points! :D

Really though, what started out as a song I wanted to hate, became a song that I fell in love with and enjoyed throughout the remainder of January. It brought me joy, smiles, happiness and a bout of giddy dancing that would probably make you cringe.

Fantastic Dreamer is a mood kicker, and it gave me energy that I sorely needed in the month of blue moods, and honestly, I'm glad I gave it a second chance after that first initial listen. I will never go back. 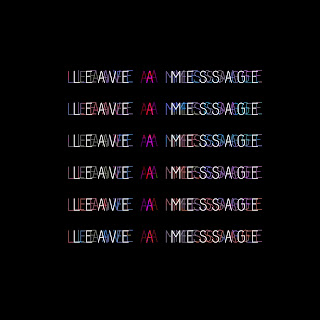 Whilst 4TE aren't strictly Japanese themselves, they are still a Japanese pop group, and honestly, I can't deny how enjoyable their latest song, Leave A Message is. Really, it's a fun song, and I've had a hell of a good time listening to it back in January, and well into February, too.
It's catchy, yo.

Basically, I just really enjoy this song and what it has to offer. It's pretty cool, it has a nice beat to it, I could easily dance to it in a club, and I enjoy the use of effects on the vocals here. Plus, rapping. Heck yeah to the rapping, especially Jenny D's! That was some good rapping, haha.

I'd say the only downside is that the lyrics were a little cringey, however you get that in most music. Regardless though, I enjoyed it - I'm still enjoying it - and I shall continue to do so for as long as I want to. 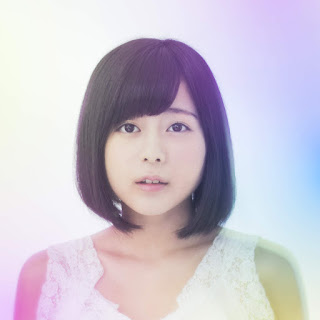 Though released back in 2015, I was actually introduced to this song in January, and honestly, I have fallen in love with this girl and her voice. I don't know who she is, I don't know where she's been all my life, but honestly; them vocals! They are beautiful, distinct and intriguing, genuinely beautiful and music to my ears.
Oh, and this is her debut single, too. She;s sung character songs for the characters she voice acts before, but as a stand alone singer, this is her first release, and by gawd, this A-side is great!

Yume no Tsubomi is just a cute, cheerful song that really picks up my mood and entertains me. It reminds me of spring, and every time I hear it I can't help but paint a fun image in my mind when I hear this twinkling instrumental and her voice together. Really, it's a nice little ditty, and one of my favourite finds of January that wasn't actually released in January.
Still, it deserves its spotlight, and honestly, I feel sad that I won't be able to include this song in my End of Year Awards, cause heck, it would have been up there, I tell ya!

In short; it's a good song, please go listen to it... onegai o3o

Of course, what kind of list would this be if I didn't happen to include a few Music videos from the month gone by of PV's that I have enjoyed? And yes, these PV's don't really have to coincide with the month the actual single is released, because I am basing it on the month the video was released, not the single itself.
I will shut up now, because I make 0 sense.

I Kill by DEEP GIRL


FAVOURITE MV OF THE YEAR, OKAY? I'm already claiming that title for this video, because HLY SHIT THIS IS GREAT! Intense. Dark. Gritty. AMAZING! I love this Music Video, and honestly, I don't think that anything can top it... yet. The only group I expect to top DEEP GIRL would be AKB, but hell, they would have to do something amazing to get one up on I Kill.

I've already reviewed this Music Video, so you all know my thoughts on it, but in short; it's epic. It has cinematic appeal, but it's also an eye opener and very real for extreme bullying issues that are prevalent in Japan today.

It's also disturbing and to the point, and it does scare me as a viewer, but it fascinates me too with how beautifully directed it is. It's a must-see video for those who appreciate the craft of story line and filming, and if you are not deterred by hard-hitting topics like bullying, suicide, self harm and more, then yes, please watch it, and definitely become aware.

This is so good, and honestly, I do think very highly of this MV, hence why it is here. So, yeah... watch it, if you can, and if it won't trigger anything. Just be certain to be aware that you are watching something rather disturbing, okay?

... And that about wraps up my January Selection Process. Hopefully I didn't bore y'all too much with my picks, especially when you can see how small the pickings are for the month gone by, but honestly, what can I say? January was blue with the music, and I only found a few gems in the pile of rocks that happened to be sent out.
Still, what I enjoyed really did give me something nice to listen to, and hopefully, you are able to find something from this list to enjoy, too!

Also, if you did actually enjoy this post, please be sure to let me know! It would be nice to have some feedback as well as to improve on the layout and formula of the Monthly Selection.

But until next time, be sure to enjoy life, love music, keep happy and, of course, love Idols! Peace out, my ducklings.