Hark! Auditions are Nigh! Morning Musume '16 to Look for 'New Century' Members! ~Talk Time with Chiima~

Are. You. Fucking. KIDDING ME!?

It's only just the start of 2016, and already H!P are dashing my fucking hopes and dreams for the year!

Fuck you, you hope defying bastards ^3^

Turns out I have already forgotten my own predictions and hopes for the new year, because hey, guess what! I hoped and predicted this.
Fuck my life, one prediction has already come true! 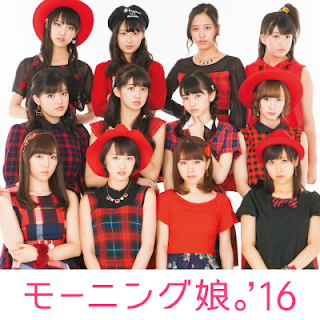 Honestly though, this prediction was kind of predictable, if you ask me. I mean, every year now since they started the 9th generation auditions, they have held a new audition to find fresh blood with complete dedication, with most of these auditions turning out new members (unless you count the one where no 12ki were added, whoops!), and of course, some new talent for the Hello! Hell Hounds to sell and throw money at.
It is how it goes, and yeah, I'm used to it now I guess, though that won't dampen my surprise at these kinds of announcements any time soon.

I mean, I woke up, saw the news, and made this face; 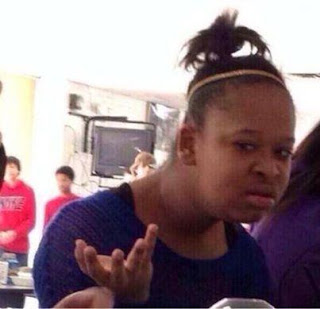 Because "are you fuckin' kidding me, bruh!?" is the correct away to react to this kind of announcement when I check my facebook first thing in the morning!

I will admit that, before I was actually reminded of the fact that I had hoped for and even predicted this audition in my End of Year Hopes, Dreams, Fears and Predictions post, I was actually quite pissed off, because I thought it was something I didn't want to happen. And in a way, I kind of don't want it to happen, because it feels unnecessary in a way. Sure, I get it, Hello! Project need to fill a gap they created for themselves when they shoved everything onto Riho at the beginning without giving her help from the others, but do they need another member to take that burden in the future? No, not really. They kind of have 12 other girls they could potentially allow to become Ace and Center now, without having to suffer the consequences they did with Riho.
As in, like, y'know, sharing out the lines and center positions for once. Like they did in the olden days.

Anyway, once I had remembered the fact that I had kind of hoped for this... well, I was still a little annoyed, but now I feel a lot more sound about it. As in, I'm okay with it, because it's H!P, and they will always hold these auditions, whether we like it or not.
Sure, it's way too soon to announce this kind of thing in my mind, but also, we have about half a year or longer before a new face or five million are announced, and about another half a year until we find out that some of the 13th gen rejects have been placed into another unit or made into a new one themselves.

Or worse; they go to AKB, or potentially HKT, and become the next Meru. One way or another, they're gonna go somewhere, whether they became a 13th generation member or not. 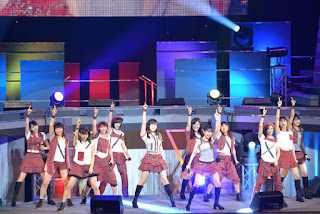 That said, what I do hope for this audition is this; that H!P realise the strength of the girls they currently have (subsequently leaving the auditions for another year, another day), or to see that they only need one member at most, because the group is already full of talent as is.
Seriously, it doesn't take a genius to figure out that H!P need to use what they already have, before they lose more of it like they did with Linlin.

I mean, I like the girls H!P has, I really do, but they neglect a lot of the talented ones in favour of the ones they want to push nowadays. I shouldn't compare things to the past, I know, but you have to admit that, with the golden era, there was a lot more fairness, not only in concerts but singles, too. You had the odd single that was pandering to certain girls, sure, but you still had a good amount of fairness that is less apparent these days. And really, up until the last two singles from MoMusu '15, it was still pretty much centered around Riho.

I just hope that, with Riho graduated now and the auditions going on, management tries to experiment at least a little bit with who they already have, and switch the centers once in a while, for the sake of diversity and figuring out who their next vocal lead will be. I mean, I am about 99.9% sure that the next vocal lead will be Masaki, however it will be nice to see H!P make an attempt at rotating their girls and seeing how it plays out.
I know it's nice to rely on one girl, but as we have seen, once that girl goes, you're kinda left in a muddle as to what to do next.

So yeah, I'm a little half and half on this one; I don't want it, but I kind of do, however I do also see why it is happening. I get it, this is how it works, so I'll get over it as quickly as I got annoyed by it. 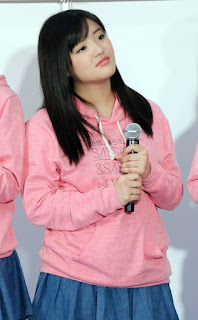 And with that, I can now go on to dream about my personal preference for Center, even though I know it may, and possibly never will, happen...

Stay strong, Zukki! Both you and Eripon will stay the Centers of my heart!