Today on December 20th 2015, during their Christmas event, ANGERME's Tamura Meimi announced her graduation from both the group and Hello! Project this coming Spring 2016. 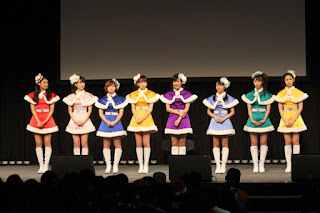 The translated announcement regarding Meimi's graduation was posted via the UP-FRONT LINK Facebook page today.

To everyone who support us

I, Meimi Tamura, will graduate from ANGERME and Hello! Project during 2016 spring.

I have been a Hello! Project idol for 4 years and a half, since I became S/mileage. This year, I have been able to do this hall tour, and perform successfully 2 times as 9 members at the Nippon Budokan. Fukuda Kanon-san also graduated and we have welcomed a new member so this year was really full.

With all of this, I want to follow my own challenge! This feeling became little by little stronger.
And during ANGERME’s activities, many people told me they like when I sing, and every time I heard those words, I thought about always singing.

Then, about one of my other dreams… I would like to be a musical actress. After this nice dream realized of becoming a S/mileage member, I would like to have a new start and fulfill this new dream.

I am anxious about some points, but I made this decision thanks to all the fans.

S/mileage grew up as ANGERME. As ANGERME’s member, I have been proud that I performed as a Hello! Project idol.

I will cherish the remaining time I have as an ANGERME’s member and I will continue to try my best harder than ever!

Please continue to support ANGERME, as well as Meimi Tamura!

I woke up to this announcement, like I do most announcements, it seems, and I was really... surprised, but not upset about it, either. In fact, I was more shocked by Riho's announcement, though I understand why Riho is leaving. With Meimi? I don't understand it, though I kind of get it, however I feel like I should be more surprised, as well as saddened, by her desire to graduate.

Yet I am not.
It will come to me in time, I'm sure, but for now I am eerily calm about all of this. 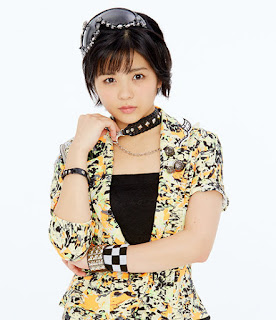 Firstly, I like Meimi, which is why I feel weird about not being saddened by this. Sure, it took me time to actually fall for ANGERME'S littlest vampire, but yes, I like her, and I do think she is one of Hello! Project's finest right now, even better than former finest, Suzuki Airi, in the vocals department. So I know once she is gone, I will miss her killer pipes that rock ANGERME's lineup.
But heeey, more lines for Kanananananana and Rikako, right?

Secondly, I am kind of... surprised it was her, actually, because as many have already said, if anyone were to go next from ANGERME or H!P at all, you would have thought it would Dawa, or maybe C-ute as a whole. But nope. Meimi.
And hoo boy has this shaken the fandom a little, if not a lot.

Meimi is a universal favourite. She is loved by not only the Japanese fans, but also the Western fans, too. She's one of those rarities where everyone fuckin' loves her, so for a lot of us Western fans, this has hit them pretty damn hard, and from what I have seen, they are not recoiling from this announcement that well, because again, she is loved by almost everyone for her killer vocals, cute looks, stellar stage presence and crazy good acting skills. Basically, she is ANGERME perfection, and she's just broke about a million and more hearts because of this announcement. 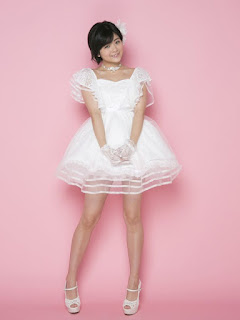 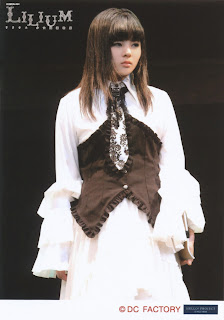 With her reason for leaving, I actually feel pretty good about it. Meimi wants to pursue a career in stage and musicals, and honestly, why the heck not? As my friend Kei said, that was where she started, and honestly, it's better than her saying she wants to lead a 'normal life' or to 'focus on her studies', which in the world of idols, almost never actually happens unless it's the case of former S/mileage members Maeda Yuuka and Ogawa Saki. So, if she does happen to get her leg up in the musical career, then awesome!

And, with her having being a part of H!P, Meimi actually has a pretty good chance at achieving this, considering most of the H!P OG's are still able to get roles in musicals, thanks to Up-Front  actually having their fingers in theatrical pies... (example; Gaki, Yossie, Koharu, Ai, etc...)
So, yeah, I do have confidence in the fact that Meimi can achieve this and become successful in it, because she is fabulous, as well as extremely talented in that field.

Basically, despite her graduating, I feel rather happy that she is pursuing something she is good at, and that she already clearly loves. 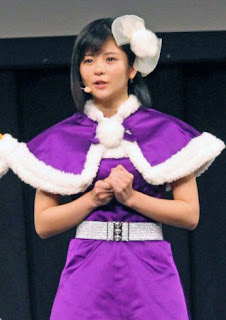 I know that, for many, Meimi's tenure of around 4 years is a short one, however for many idols in the industry it is this point in their career that they leave, because they have had their experience in a field they desired, and now that experience has been met, they want to pursue other things and try to head into the career they have always desired. For Meimi, it is clear that being an Idol, though fun and certainly a great experience for her as not only a member of ANGERME, but one of Hello! Projects best, has had its run, and now it is time to put her foot in other doors.

Meimi is 17 years old now, an age where she will start to think seriously about her future, as well as the perfect time in her life to go after something she wants the most. I know, she may seem too young to go after that sort of thing, however after gaining this much experience in singing, on stage, acting in musicals and more, this is a great time for Meimi to go after her dreams and make them a reality. Being young and doing this is not a bad thing, in fact it can benefit Meimi greatly, for she will still be willing to learn more, allowing herself to grow and prosper and to become an even better actress in the long run. 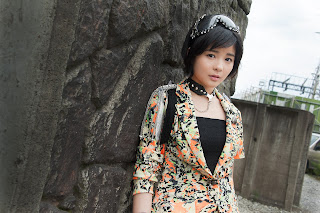 When it comes to her actual graduation date, there is no doubt I will be saddened by her departure, however I do think that this will be a positive step for Meimi, too. Being one of H!P's best centers, as well as one of their greatest vocalists of all time, this must have been a hard decision to make, but it was one she has clearly thought about for a while now, and with so many graduations happening already, of course it would spur her decision on a little more. 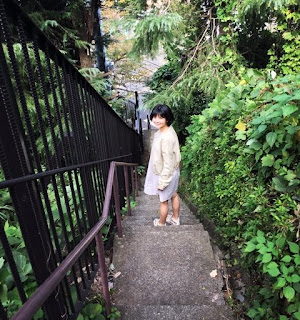 It's fine to feel sad, it is fine to feel like your heart has been broken by this news, and it is okay to want her to stay, because she was the oshi and love of many, and I understand that, but for me, I see it like this;

This is a step towards a dream of hers, and though many do not want Meimi to graduate this coming spring, it is a step that she needs to make to fulfill another dream of hers. First, she became a member of S/mileage after admiring them when they performed together in the Shugo Chara stage play, and she followed her dreams by auditioning for them, and ultimately becoming one of their leading ladies. Now, she is following her other dream and pursuing a career in musical acting, and there is no doubt that Tamura Meimi, a girl who actively follows her dreams with full force until they are realised, will make this dream a reality as well.

Until next time everyone, please stay happy and healthy, and keep on loving your idols.