So Hello! Project is full of news this month already it seems, which also means that I'm back to a regular blogging streak... at least, for now. And with all this news about, blogging about it just so happens to be a great way to procrastinate from my essay that is totally not due in this Friday... yeah... >o>

Please don't be like me, guys XD Finish your essays and homework in a timely manner!

As Hello! Project prepares for the departure of Fukuda Kanon, it seemed that now was just the right time to finally introduce the latest member in the groups ever-changing roster, the winner of the recent ANGERME auditions that took place this summer. So, let's see just who she is, shall we? 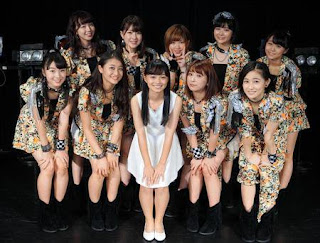 Introducing Kamikokuryo Moe, 16 years old and hailing from the Kumamoto Prefecture! Previously a participant in Morning Musume '14's Golden Audition, Kamikokuryo failed the audition, however found motivation through the song Taiki Bansei to go on and audition instead for ANGERME, which happened to result in her coming out as the sole 'Shin Member' out of 1,800 applicants.

Kamikokuryo was revealed as the newest member addition on November 11th at Club Citta in Kanagawa during ANGERME's release event for their latest single. She is 150cm in height, enjoys karaoke as a hobby, and has talent in jump rope, pen twirling and drums. Her purity and powerful gaze are her qualities according to Sharm Q's Taisei, who participated as a judge for the audition process. 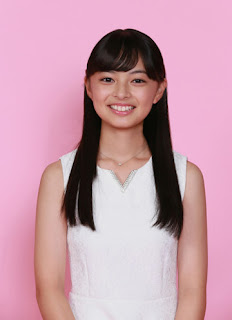 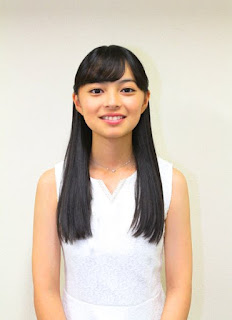 In regards to this news, I'm actually surprisingly positive with the addition of Kamikokuryo. I mean, I was expecting about three to four members being added, so I was initially dreading the new member announcement, so when it was revealed that it was just one girl out of so many applicants who had been chosen, I felt happy.

ANGERME as 9nin works so freaking well, so to see them keep that number in their lineup just makes me feel positive for them. Plus, KamiMoe seems like she'll be a great addition to the group, what with her intriguing features, her pretty damn good voice, and how she already seems to fit in with the group despite only being a part of it for about a day or so. Really, it's actually quite nice to see someone new in there right now, especially one who looks as interesting as KamiMoe. 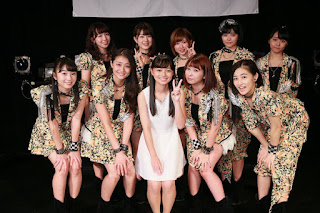 I'm genuinely excited to see what ANGERME will do after Nyon's graduation, because it'll definitely be a bit of a game changer for the group, what with one of their more prominent lead vocalists out now, as well as a new voice in. It'll be interesting to see how they do, to watch the growth of both the 3rd generation and KamiMoe herself, as well as to see how the group itself evolves in the process.

So yeah, at first I wasn't too happy with the idea of new members coming into ANGERME, but now that KamiMoe is there and the sole survivor of the audition process, I feel a lot more positive on her addition. She's cute, she fits, and she seems like she'll be a nice asset to the team once Nyon takes her leave. As a casual follow of H!P now, I can only hope that ANGERME will continue to have a positive, fruitful future in their career.

Until next time! Peace out~