And so Kobushi Factory will Major Debut, said the Hello! Project Demon Overlord...

This post contains my thoughts. Don't like it, don't worry - I don't expect everyone to agree with me, or anyone at all, really! Reember, if you find me so offensive, you don't have to read!
*I feel like this is such a passive-aggressive post XD

Just two days shy of Shimamura Uta's withdrawal from Country Girls, it was suddenly announced, much to the surprise of the Hello! Project fandom, that one of the Factories would Major Debut!

Yeah, this ain't no coincidence, I'm sure. 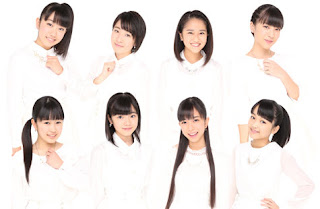 Okay, so I don't mean to be a negative ninny here, but because I am, I will be however with only two days that have passed on by since Uta's leave of Country Girls, I can't help but feel like Kobushi's sudden Major Debut announcement is just a tad too convenient. I have no doubt that, even before Uta's leave, their major debut was in the works, but with how things have gone recently, this new announcement of H!P's feels rather premature - it's like it's the cushion used to soften the all mighty blow, in a sense.

I don't doubt the fans are happy, because heck, the Kobushi fans are ecstatic about this news, and I am happy for them - but it feels like another Juice=Juice with me. With Juice=Juice, it was way too early to major debut them, having only given them time to grow within three months and nothing more, and it's the same with Kobushi. Instead of three singles though, Kobushi only had one single release.
So yes, I feel like we haven't had time to watch the group grow even a little bit, moreso for us fans who don't follow the Kenshuusei as much as others do. For me as a viewer and listener, it feels like they're just being shoved into our faces rather quickly, and not given a proper demonstration of just what they can do. 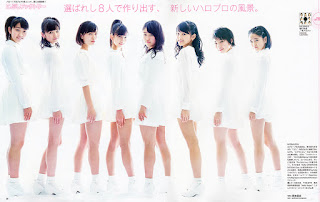 I don't doubt the abilities of Kobushi Factory - I've listened to their debut indies single, and whilst it's not to my taste, it's very well done and one of the best set of songs we've had from H!P this year, however I can't help but feel iffy with this group and their rather quick major debut. To me, it's all too convenient, maybe a little rushed.
Again, the major debut would have been in the works already, but I have a feeling the announcement was made so soon after Uta left to give the fandom something positive, and to give them little time to dwell on the bad news. I have a feeling this was supposed to be announced a month or so later, but nope. It was announced now, and I just think it feels like it was thrown in at the last minute.

Honestly though, when I heard this news, I didn't care, nor did I find it overly surprising. With recent events within H!P and the Idol world in general, this news actually fell really flat when I heard it. It wasn't exciting to me. Not to say it isn't to other fans, because again, this news has made a lot of fans happy, but for me, I just don't seem to care because right now, Kobushi Factory do not appeal to me in image or sound.
Honestly, I am probably more of a Tsubaki fan, and they have yet to do anything. 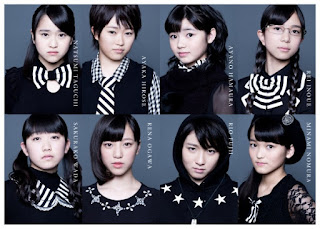 I'm probably sounding super negative on these girls major debuting, and in a way, I am; it feels like Hello! Project are rushing to debut new talent and groups at the drop of the hate, and whilst that is good in some cases, it feels like they aren't giving the groups enough time to ripen in their indies phase, or that they're counting their chickens before they are about to hatch. Already we've had two groups announce their major debuts in under a few months of each other, and Tsubaki have yet to release their own indies single, or we've yet to hear of any other groups second single release of the year that isn't ANGERME. It's a tad overwhelming, actually.

Still, at least H!P are using their trainees this time around, and not kicking them out once they're tired of them like they did with UUG. This way, the fans are happy, I suppose.

Still, would it be too much to ask for H!P to, oh I dunno, slow the f*#% down? Seriously, calm your tits H!P, it won't hurt to wait - we fans should know, given how you like keeping us waiting for new single announcements.

Anyways, until next time. Peace!