After 4pm, Houkago Princess will take on their Royal Debut this August with their New Mini-Album, 'Seifuku Cinderella'!

"At 4pm after school, when their uniforms turn into the dresses of a princess and they place on their tiaras, they become real-life Princesses!" 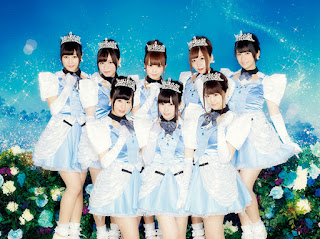 Houkago Princess, who will be holding their Royal Major Debut this year, have announced the release of their debut mini-album, Seifuku Cinderella! To tell their very own Cinderella story, they have produced six songs to bring forth their feelings, and show us all their hard-work since their formation in 2011.

The much anticipated debut is set to drop on August 19th, 2015 under the groups new label, Universal Music Japan.

The mini-album will be released in three editions; Regular edition, which depicts the girls in plain but charming Seifuku just before the clock strikes 4pm, and Types A and B, which show the girls off in thier Cinderella costumes, with Type A's clock chiming 9pm, and Type B's sitting just before Midnight, when the spell is broken!

The concept of the charming covers comes from the fact that, during live performances, the members of Houkago Princess will perform during the day in their seifuku, and then perform again after school hours in a different assortment of costumes! Like real After-School Princesses, they transform when school is well and truly over! 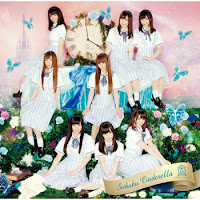 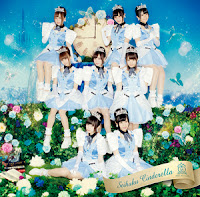 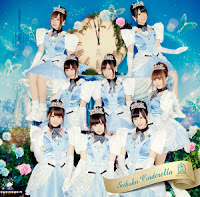 The track-list is as follows:

For both Type A and Type B Limited versions, there is of course a little bit extra to go with your dose of HouPri Love! With Type A, fans will get an accompanying DVD that includes a Music Video (possibly for Seifuku Cinderella) and with Type B, there comes a mini-pohotobook (20 pages) for those who purchase it! Of the three, which one would you choose?

As well as the single covers, track-list and their new promotional images, the group has also unveiled their latest profile pictures as well, in which they show off their latest princess attire, the Cinderella costume! Which member wears it best?

I am VERY happy right now, and yes, OF COURSE I CRIED!!! I always cry when it comes to HouPri, we all very well know that, but upon seeing their costumes after waking up, seeing that they are major debuting with a mini-album, I of course felt rather overwhelmed! I'm really really happy, because for a while I've wanted this group to release an album of some sort though honestly, most of their singles could be seen as mini-albums, with how many songs are on the damned things AND NOW THEY HAVE!!!

I am ecstatic, and yes, I'm going to buy one of these editions. Most likely Type A, because it has a freakin' Music Video accompanying it, but actually, I really love the Regular Editions cover.

I may just get both, ya know? o3o CAUSE HOUPRI 8U

BUT. SERIOUSLY!!! They are well and truly Major Debuting, and it's in August. That's barely two months away now, and I am so freakin' EXCITED, OMFG!!!! Sure, the Cinderella costume doesn't suit them all in my opinion, and those giant-ass sleeves are atrocious, however I love the entire concept that Universal have taken on with this single and its meaning. It's great! It provides a story for the fans, whilst still keeping in line with the way HouPri works.

Also, those covers... daaaaamn they are truly spiffy! I really really like those covers and the attention to detail on the clock and time, ya know!? I just want them in my hands, now!!!

I truly am happy as a fan of HouPri right now, and honestly, I cannot wait until their debut mini-album drops and we get to hear its contents! I know for a fact that many Western fans are eagerly anticipating Nanairo Photograph, and whilst Juliet ~Kimi wo Suki na 100 no Riyuu~ (2015 ver.) is no new track to our ears, I still await it with great anticipation.

But, what I honestly anticipate most is that. Music. VIDEO!!!! Where is it, I need it in my life, GIVE IT TO ME!!! I am hungry for HouPri, and whilst this news may sate my hunger for now, I will surely need that MV in the next month or so, because it's what I like most - seeing my #1 group in action, and to see them truly come to life with their Major Debut!

Seifuku Cinderella is what all the fans of HouPri have been waiting for ever since their indies debut back in 2011. The group has gone through so much change since then, but with all of their hard-work, they have finally come to this, their Royal Debut!

And honestly, with all the bad news and graduations that have gone on this past month already, I do think it's time for the good, don't you? In fact, I will embrace it to the fullest!

After 4pm, let these schoolgirls change their seifuku into their princess dresses and put on their tiaras! For Houkago Princess, please support their Major Debut and watch these Princesses blossom into Queens!

Until next time, please stay Happy and in Love with Idols!

With Happiness and tears,
Chiima~