Please note that all thoughts and opinions, however harsh, brash and bitchy they may be, are completely my own and, regardless of how others may deem my opinion, something that I will not change unless they eventually change overtime naturally. These are my opinions here and now, and I will record them how I see fit. You do NOT have to agree with me. You do NOT have to conform to what I say. You SHOULD NOT think that my word is law, or that I am right. Think I am wrong, please, but this is indeed what I think, and I would appreciate if you didn't try and sway my opinion just because you think I need to conform to your ways of thinking. I won't do that to you, so don't do it to me.

There is no right or wrong in an opinion. It is all subject, and that is that. 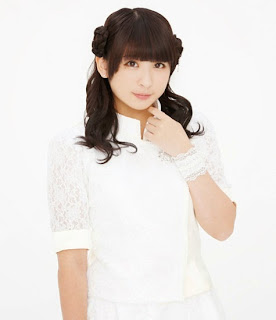 Earlier today on May 20th, 2015, it was announced that ANGERME's first generation member, Fukuda Kanon, has decided to graduate from both ANGERME and Hello! Project come the Fall. This will be the groups first graduation since 2011, after Maeda Yuuka departed from the group in order to continue a regular life.

Fukuda Kanon's comment regarding her Graduation, as well as a small reason to as why she has decided to leave the group and Hello! Project come Fall, has been translated via Up-Front Link, which you can source HERE.


To all the people who have always supported me. I, Kanon Fukuda, have decided to graduate this fall from ANGERME as well as from Hello! Project. Now that I became a member of S/mileage around 6 years ago, after the 3rd generation members joined and the group changed its name in order to become more powerful, I oriented myself to the thought of graduating. So after my graduation, I trust and feel relieve that the group would become bigger and bigger. Then, as well as graduating from ANGERME this fall, I have decided to take a new road.All of this came from me. The remaining time until my graduation is quite limited but in order to not waste one day, I took a break from the university I was going to. Now I devote myself and rush to ANGERME’s activities until the end. After my graduation I will go back to the university, and I will firmly study to graduate from the university, as well as for the work, going through new challenges, so please continue to support me. 2015/05/20ANGERMEKanon Fukuda

Fukuda Kanon joined Hello! Project back in 2004, and has been a member of the group ANGERME since its formation as S/mileage back in 2009. She has also been a part of the units Shugo Chara Egg!, Shin Minimoni, LilPri, HI-FIN, MobeKiMaSu and the Hello! Project Station Dance Club.

For 2015, Fukuda Kanon's graduation is the first to be announced, and will be the second graduation to undergo, after Berryz Kobou graduated this March. 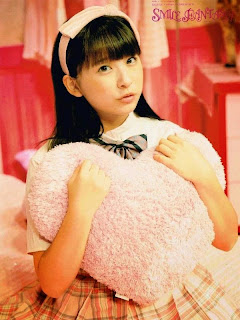 Okay, so, regarding my feelings on this matter; No, I am not surprised. I've been waiting for Maro's Graduation Announcement for a few years now, around the time Yuuka graduated, actually, and have always felt that, of the remaining two first generation members, she would be the first one to leave the group. So, for me, this announcement was something I simply waited out, as opposed to being shocked or surprised by it.

I suppose she had a bit of Risako syndrome going on when it came to her PV performance; for a long time now, she has looked so dis-interested when in the group, and just doesn't seem that bothered with her co-workers, which is why I always felt she would be the first to say bye before anyone else could.

Now, Maro is by far the least favourite member within ANGERME for me, but I don't dislike her, either; I think she's a fantastic performer, one of the best acts within the group, and also a stellar singer, however what has always bugged me about her for the past three years is that she looks like she'd rather be elsewhere, or seems to give off a feeling that she may be too good for the group. That's the vibe I get from her, and whilst I think she's amazing as a performer, it's just that I can't get over how much of a snob I feel she could be.
And I may get major dislike for that comment, but it's how I feel towards her, and I definitely wanted that out of my system.

With that said, again, there is a lot to like about Maro, moreso for her performance aspect, but whenever I read translated posts about her, I find it funny what she writes. But, aside from her performance skills and how she can seem funny in a snobbish was from her posts, I probably won't miss her.

I definitely don't feel sad right now, however I may feel something towards the date of her actual Graduation, because Maro has been a member of this group since around the time I became a fan, and I have followed them from their major debut since. Yes, it was a loose following, especially when they hit their shitty years, but I've still watched the group grow as I have grown as a fan, so she does mean something to me, I guess... she's just not as important to me as other members are from this group.

Despite this Graduation Announcement, however, I still think that ANGERME will do well without Maro; it's obvious that they're already prepping for someone to take over her spot *cough*MUROTANIT'SSOFUCKINGOBVIOUS*cough*, if their latest single is anything to go by, and the group has a great deal of some of H!P's strongest singers in there already, with both Maho and Dawa being the weakest at this point in time. So, yeah, I do think the group will go on without Maro quite well - if Morning Musume could survive without Reina, then I'm pretty damn sure that ANGERME can do okay without Maro.

It's been a long time coming, I believe, and it's not surprising or saddening for me that Maro will be leaving the group. To a degree, I know I'll miss her, and I will certainly miss the high quality of her performance skill that she has provided thus far, but as a character? Nah, I won't miss her, not that much.

Seriously, though; if Berryz were the first group I thought should go based on their sloppy video performances, then it was going to be Maro that I would have thought should go next based on how annoyed she looked just being with ANGERME, I have to admit.
I know, I'm a bitch.

At least it's not C-ute, though.

I did a video too, by the way. Because I haven't done a 'Let's Talk...' in a long while, and this moment called for videos to be recorded. YEAH!!!

If you wish to, feel free to leave your own thoughts on the matter in the comments below. Feel free to also disagree with me, because I know my opinion will not go down well with everyone XD