All thoughts and opinions within this post are totally my own, and no one else's. Got an issue? Ah, well~

The Appreciation Posts have come to an end, with my final post on Berryz Kobou's beloved Leader and Captain, a girl who has pretty much been the Heart of Berryz from beginning until end.

She is the girl who changed greatly, but someone who never gave up on her beloved group. She is their Captain, Shimizu Saki! 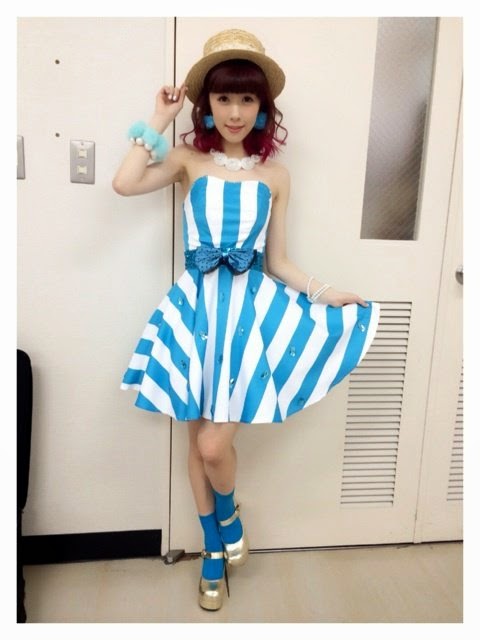 Of all the Berryz members, Captain is the one who changed the most. Much like the Ugly Duckling, she had her years of being awkward and a little less attractive than the average Idol, but slowly, she became  the Swan that others would envy, an Idol who truly became a beauty.

Sexy and cute, Captain may have never been my favourite member of Berryz, but of them all, she was one many loved and adored, and a person who is truly respected. 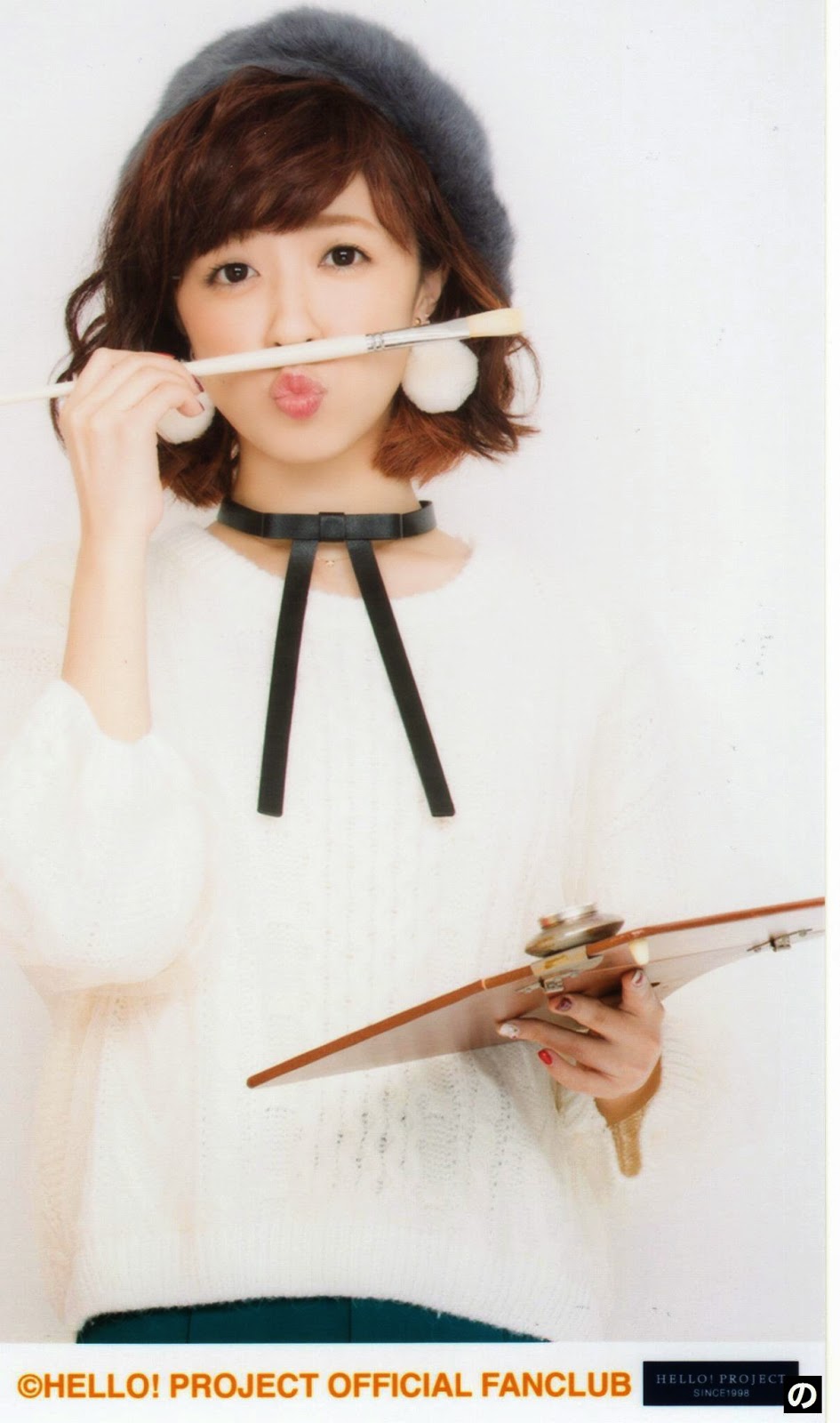 I admit that, up until very recently, Captain was someone I took very little notice of. Looks wise, she wasn't my type when it came to Idols, and I've never been a fan of her voice, so for me, there was little to find charming, I suppose. Yes, I like my Idols awkward, but with Saki... well, there was a lot of awkwardness, to the point where it made me feel a little awkward. So, because of that, I really found no reason to fangirl over her.

I still don't fangirl over her, however, I do appreciate her, and I appreciate the love she has for Berryz. But, she is certainly not my favourite, and never will be. I respect her greatly as an Idol though, because as a leader, she has been put through a lot, watched her groups downfall and seen them become what they are, all the while trying to keep them together and make Berryz work.

She is strong, and whilst she wasn't like Sayumi was when it came to leadership, she did love what she did, and she loved the group she got to do it with, that much is obvious. The fact that she never gave up or threw in the towel, too, shows how strong and loving she was towards the group.

Like any true Captain, she would stay until the very end, even f her ship sank. Up until now, she was their Captain, and she loved her Berryz girls with all of her heart, and really, I can't fault her for that. Who could? 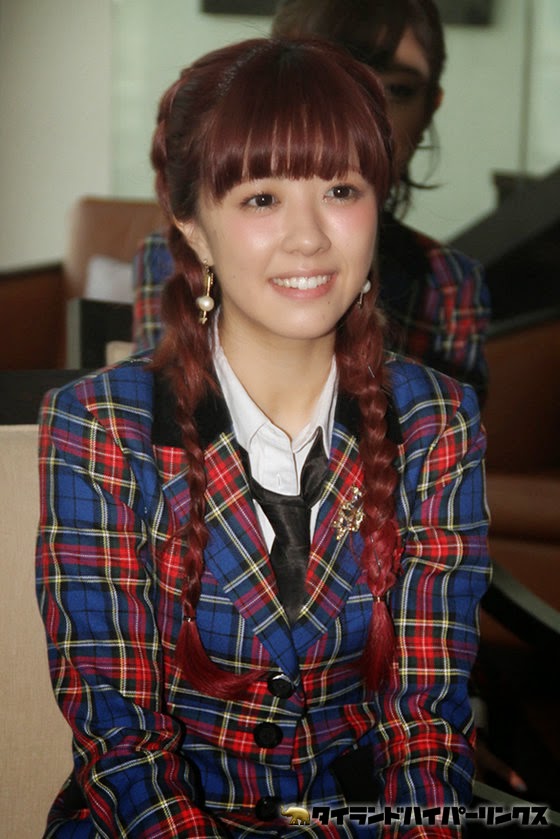 Now I wouldn't say that I think Captain is one of the best leaders out there, because I haven't looked into her a lot like I did with Sayu, what with not being that interested in her and all, but I do applaud her for being the groups Captain from beginning until end, for the past 11 or so years - that's a long time, and she stuck it out, making it work to the best of her ability. That shows how dedicated she is, and how amazing an Idol she has become. She grew up with this group, and she lead them to what they are now with a smile and the love in her heart for them.

She stayed, she evolved with them, and basically, she really did do good. Shimizu Saki, though not an amazing leader, is pretty great at what she did for Berryz, because she loved them. If she didn't, then why else would she have stayed for this long? 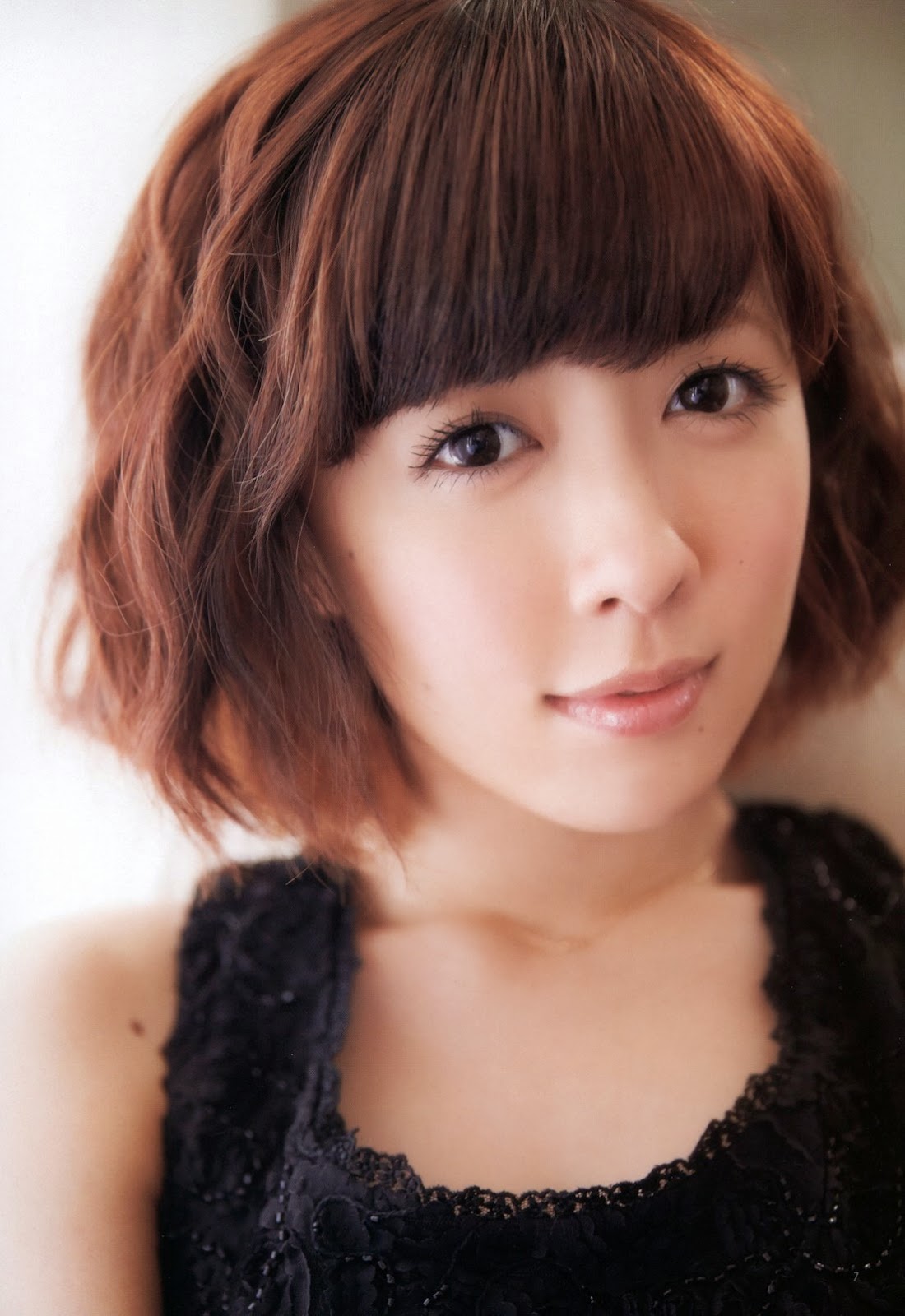 Now, whilst I do think she's a good leader and someone others should aspire to be like in the long run, I have to admit that now that Berryz are gone, I probably won't miss her much, mostly because she was one of those members that I really did pay little to no attention at all to. The only times I did truly look at here had to be in recent videos, where she is at her best, and where she's still a tad awkward, but gorgeous even so. That's not enough for me, however - her looks won't make me miss her greatly, because that's what Yurina's for I suppose, and in general, she just never stood out to me.

I will, however, miss her dancing skills, because Saki was a prime dancer. So, yeah; her talent in dancing is something I will miss, especially now that I know she won't become a choreographer like I had hoped she would...

Still, this girl is going to go onto greater things, and she will shine backstage more than anything, and be given the respect she deserves. Behind closed doors, I think she will be just as good a leader there as she was within Berryz Kobou. 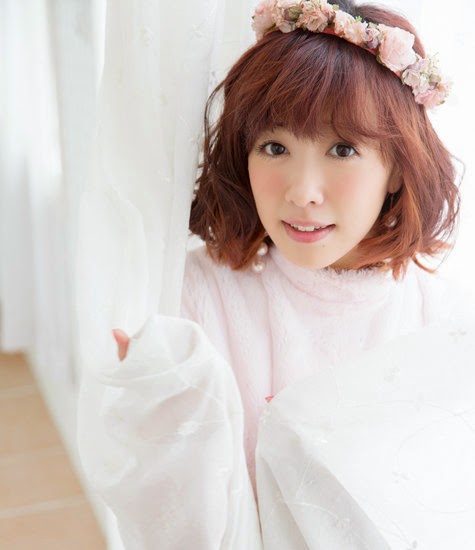 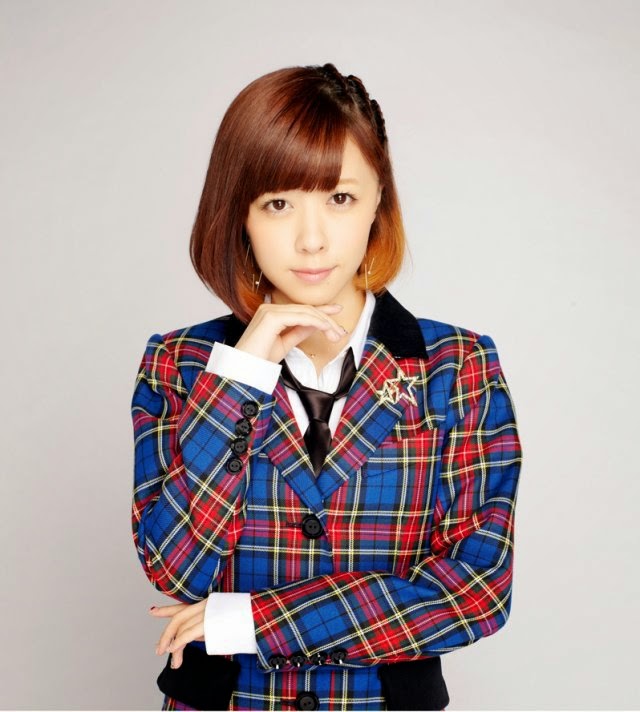 In a way, I'm not that sad to see Captain go, but that's because I know she's not really gone; she's still going to be a part of Hello! Project, but as a bridge between the members and staff, and will be giving a voice to the future generation of Idols that come along, rather than being an Idol herself. I know, it sounds mean to say I won't miss her much, but it is the truth - I never really noticed her before, not until fairly recently, and even though I recognise her dedication and talent, I do think that Saki is someone who deserves to be heard rather than seen, and that is just what is going to happen. She's going to be a manager, of sorts, and help newer Idols out. In that, I do believe she will do greater things, and shape the future of H!P.
... or at least, I hope she does that.

She's a good Idol, a great girl, and whilst I don't think about her much, I do respect who she is and what she has done for Berryz Kobou over the past 11 years or more, and I think she is a great dancer and a good leader. Yeah, I may not have really cared for her much as an Idol, but I do think highly of her, too... just not as much as I do the other members. 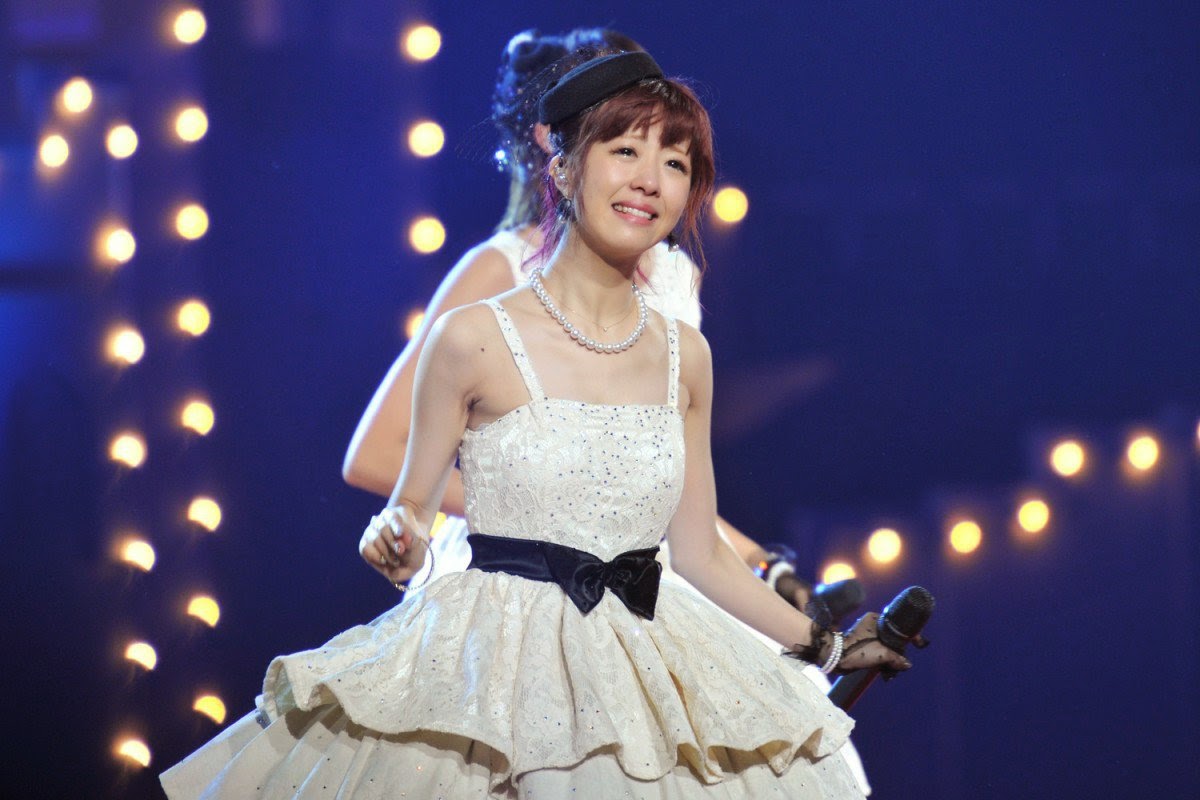 Captain is someone who everyone holds dearly in their hearts, and whilst I may not hold that same love for her, I do want to say this;

Thank you for all these years of hardwork, Captain, and thank you for leading Berryz Kobou the way you did. Even when they fell, even when they were struggling and trying to find their voice again, you stayed put and guided your group as best as you could. You never left this ship, and you never gave up on the group you so clearly loved. So, for all of this, I thank you. Even to those of us who may not follow or love Berryz the way others do, you are someone to look up to, and someone to respect dearly.

Captain, you are Love. The Heart of Berryz lies within you.

It was never about herself, but always about Berryz. That is the true strength of Shimizu Saki, Berryz Kobou's beloved Captain.