Opinions are my own. Ballsy Blogger be Ballsy. Let me be the Raving Wota Bitch I am. CHIIMA = OUT!

I apologise for not writing or posting this Appreciation piece yesterday or last night; I pulled an all nighter in order to finish my essay, and was really sleepy and just needed that time to relax, so writing was off the cards in general. Now however, I am well rested! So, let's get on with this series, shall we?

To keep this series going, we're moving onto the next Berryz of the bunch, and one of the members I've known about the longest I think! From the title of this post, I suspect you all know who I'm talking about, anyway!

Coming up next, it's our sub-Captain of the Berry Tree, Natsuyaki Miyabi! Let's get this Pony Show on the road ;) 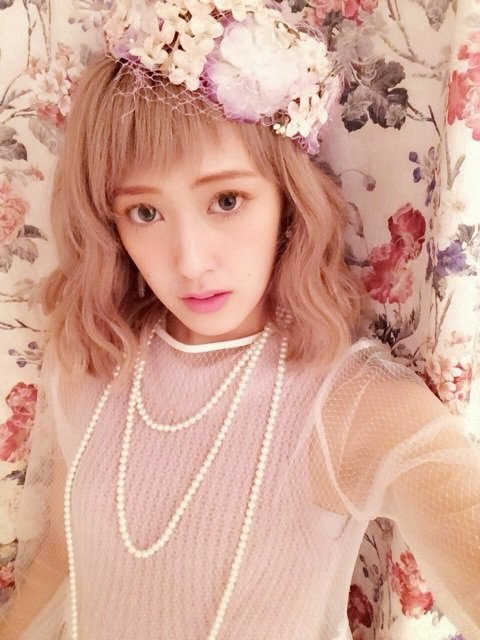 I got into Buono first, way before Berryz and way before Morning Musume, and that's because of Shugo Chara. I didn't actually know at the time that Buono were a branch off of the Hello! Project tree, nor did I particularly care, to be honest - I just liked the music Buono did, and the cute dances. I never really payed much attention beyond that, not even to the members.
Still, I found the girls pretty cute. How could I not?

Miyabi was the one member I thought beautiful, though. She was call, taller than the other two, and had one of the best voices of the trio at the time, and she was eye-catching, too. Did that make her my favourite? No, but I couldn't deny that she was pretty. I liked her enough, though. 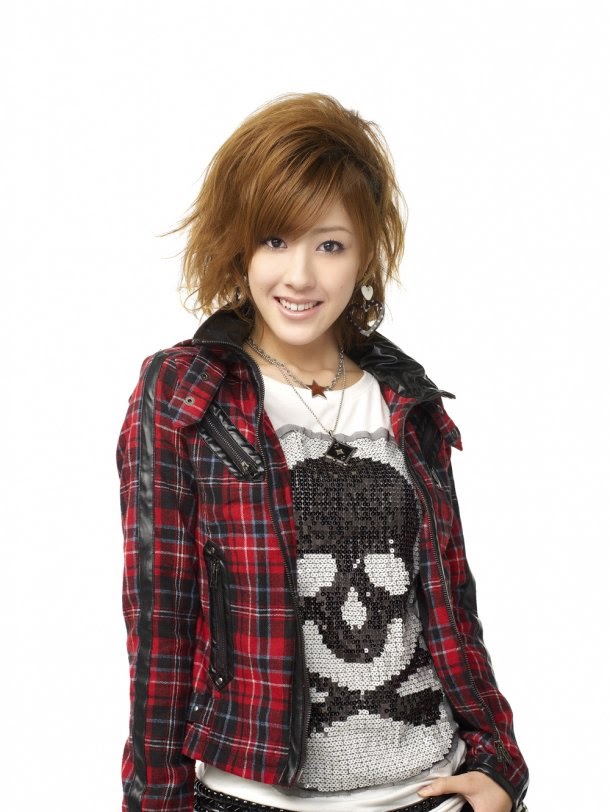 Come the Berryz era that I was actually a part of, I actually really liked Miyabi pretty early on. I think this had to do with the fact that she was in Buono as well, and that I recognised her, but it was also to do with her singing ability; of the bunch, she was one of the best, and I liked that about her.
Also, she was easy on the eyes. We can't deny that, now can we?

Undeniably, to me at the time at least, Miyabi was also one of the hottest Berryz members... Hey, I have eyes, too, ya know!

Seriously though, her vocals and her face, it was almost like a match made in heaven for me as a new fan to J-pop, and I found my liking for Miyabi growing rather quickly, especially when my love for Risako began to falter once we were past the 2010 mark. She was never going to be my absolute favourite, Miyabi, but she was always safe from being at the bottom of my ranks because of her voice and her, pardon the blunt phrase about to come up, undeniable hotness.

Seriously. She was gorgeous, and that was mostly why I liked her. Personalities be damned! 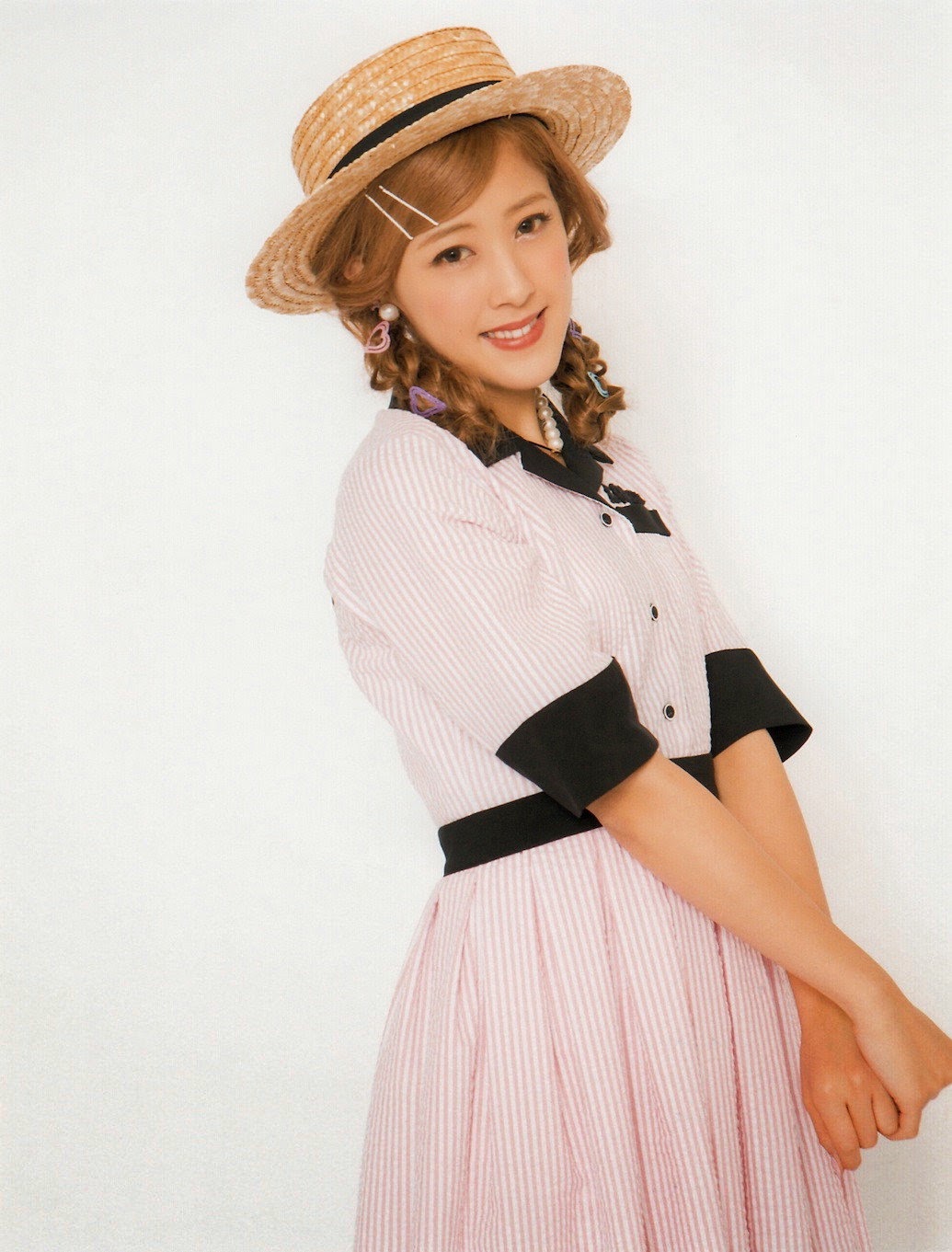 Come 2013-2014, I was beginning to get royally bored of Miyabi. A lot seemed off about her when it came to PV's and pictures, and I thought it was due to her career with Berryz; though a stellar singer, and again, hot to trot (neigh!), Miyabi looked bored and stiff, as if she would rather do something else than perform with Berryz again. So, I started to get bored with her, and slowly, Miyabi fell down in my ranks.

As of 2015, before they graduate, Miyabi is actually at the bottom of the Berryz list for me right now. Once, she had that safety net thanks to her vocal ability and her looks, however as of late not even that has managed to save her, simply because she looks like she doesn't care any more, and that she doesn't seem to have fun. I don't really care that she's one of the Idols lowest on my list, period, but it is weird to see her there, when once upon a time I might have put her on a pedastool for her ability as a performer. Ah, well, can't win all the time, can we?

Still, watching Love together! has allowed me to think better of her, because she did look genuinely sad in that video. Paired with her past boredom and terrible hair choices, however, she still hasn't managed to clamber up the ranks to keep her afloat. 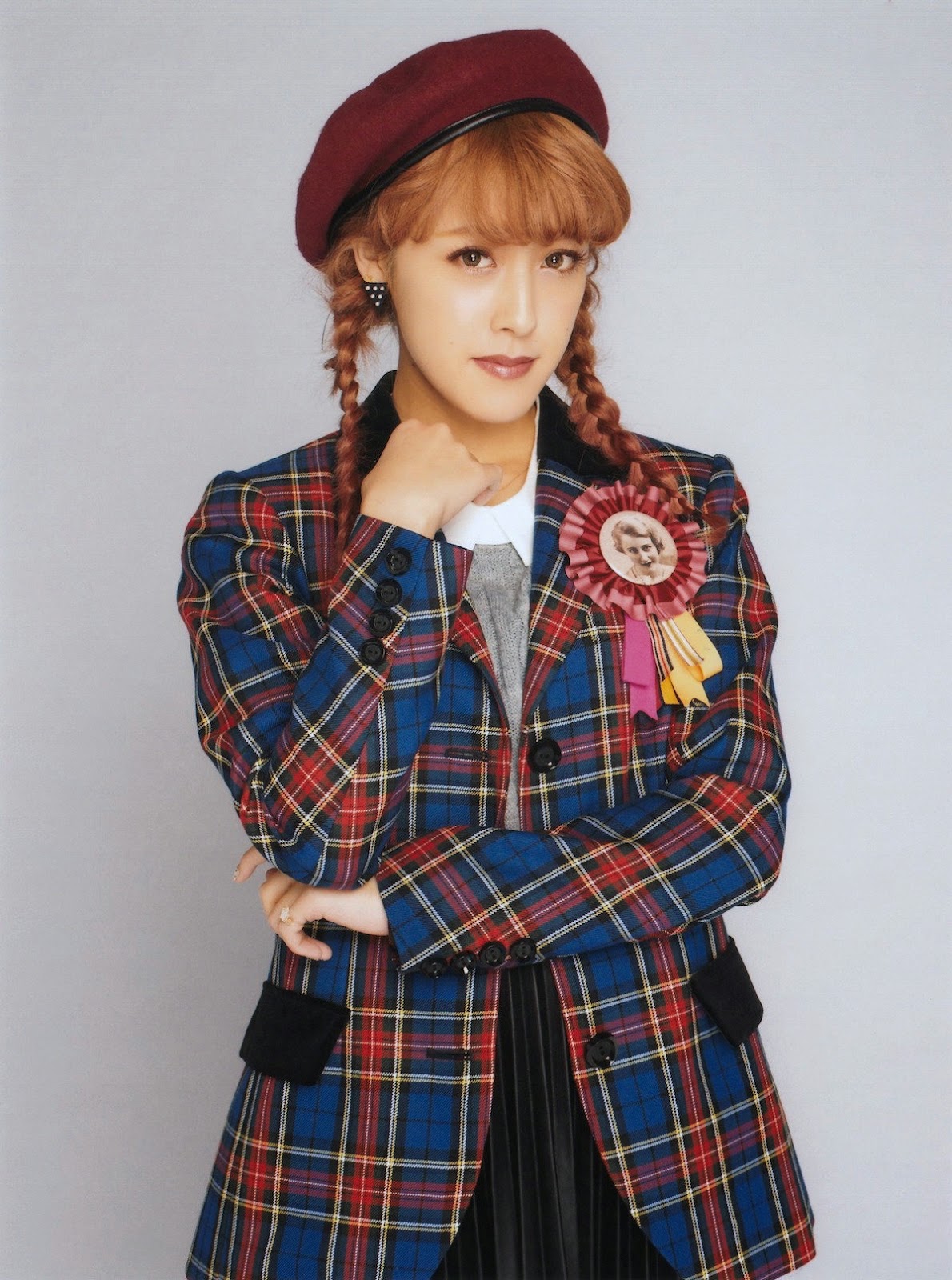 Speaking of her hair; recently, I have really hated it, and yes that puts a dampner on how I view Miyabi, even if it is shallow to say so. For the past year, Miyabi and Risako have both had really bad hair choices, and I've found it rather off-putting for some reason. I suppose because I focus on the visual aspect most when it comes to the Idols in terms of videos and performance, I take note a little more. So, yeah, her hair; it's god-awful as of late, and paired with her 'I can't give two flying fucks' face, I feel put off a little.

Her hair may also have been a big factor in her downgrade in my personal Love List of H!P members. Oops.

Still, hair aside, I do still think that Miyabi is one of the most, if not most, talented members in Berryz Kobou - she has a wonderful singing voice, and I know she enjoys performing, but I don't think she necessarily enjoys performing with Berryz still. This is just speculation, however, but yeah, she is great, I just think that, sans Berryz, she could be a lot better and become a lot more creative.

I think that Miyabi could easily become an Artist, in fact she's the most likely to of all the members. So I hope that being a solo artist is in her future, I really do. 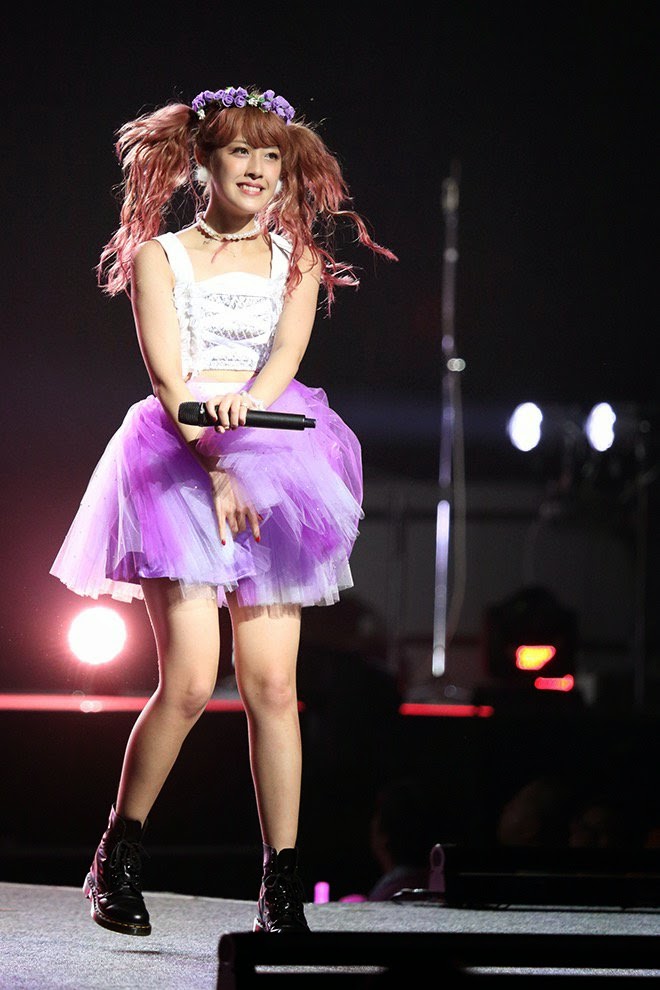 By no means is she my favourite member, singer or performer, but I do think that Miyabi is one heck of a talented girl, and one who could go far. She may bore me and look like an awkward duck at times, but she's one of the only members of Berryz that could go far in a solo career, and one who could pursue the title of 'artist' rather than 'Idol'. That said, whatever she chooses to do, I am sure her fans will support her, because at the end of the day that is all we can do, especially if she goes down a path that she loves.

I know that recently, we found out that Miyabi was going to take a break and then pursue possibly fashion and maybe singing once her break was over. Whilst the break part surprised me, I am happy that Miyabi knows she wants to continue singing, and I think it has given fans a lot of hope that she'll be back. Back with H!P? Who knows, but it has allowed us some peace of mind. And yeah, I would like to see her come back to singing at some point, especially if she becomes a soloist. I seriously do think she would rock that scene. 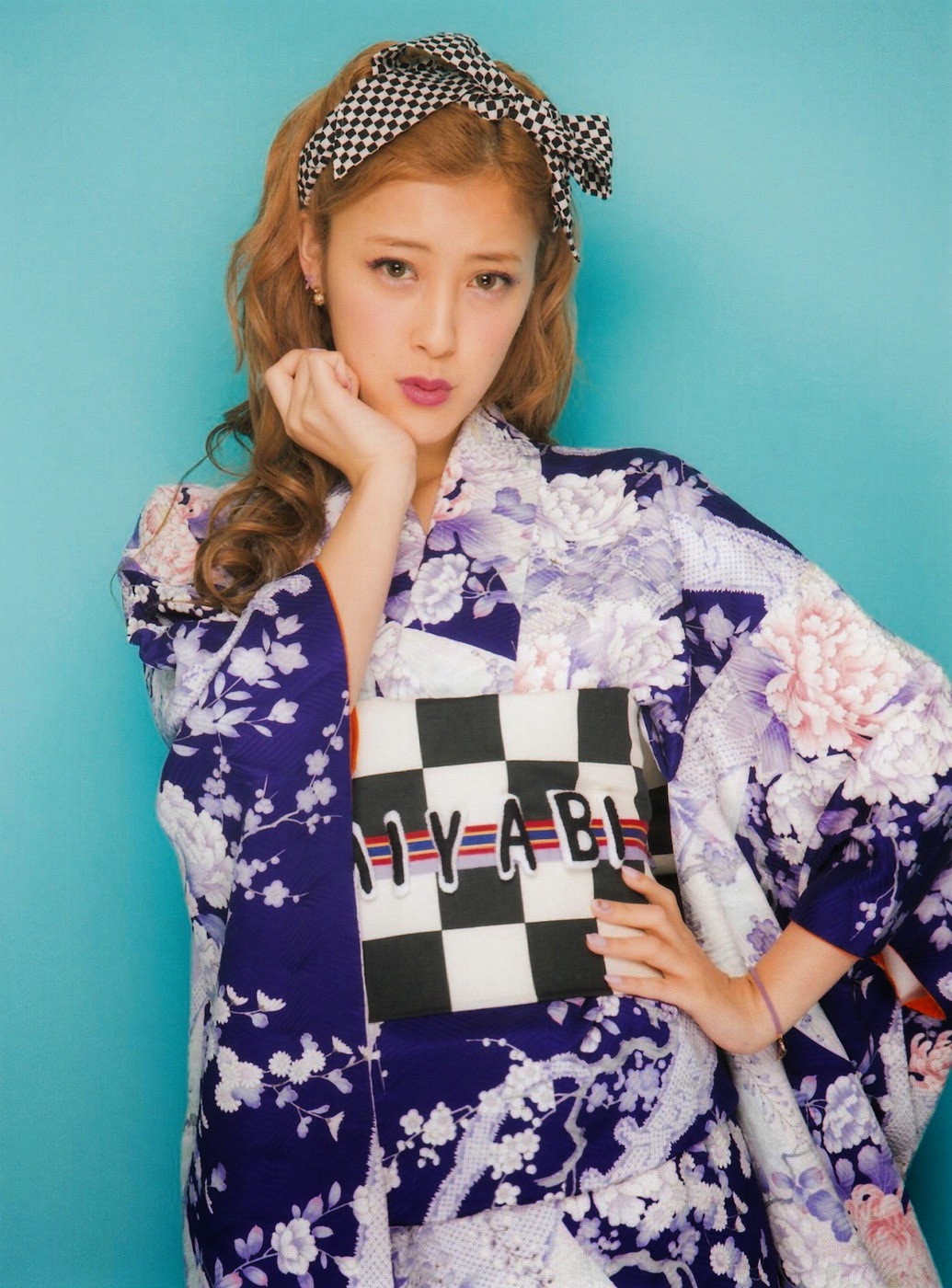 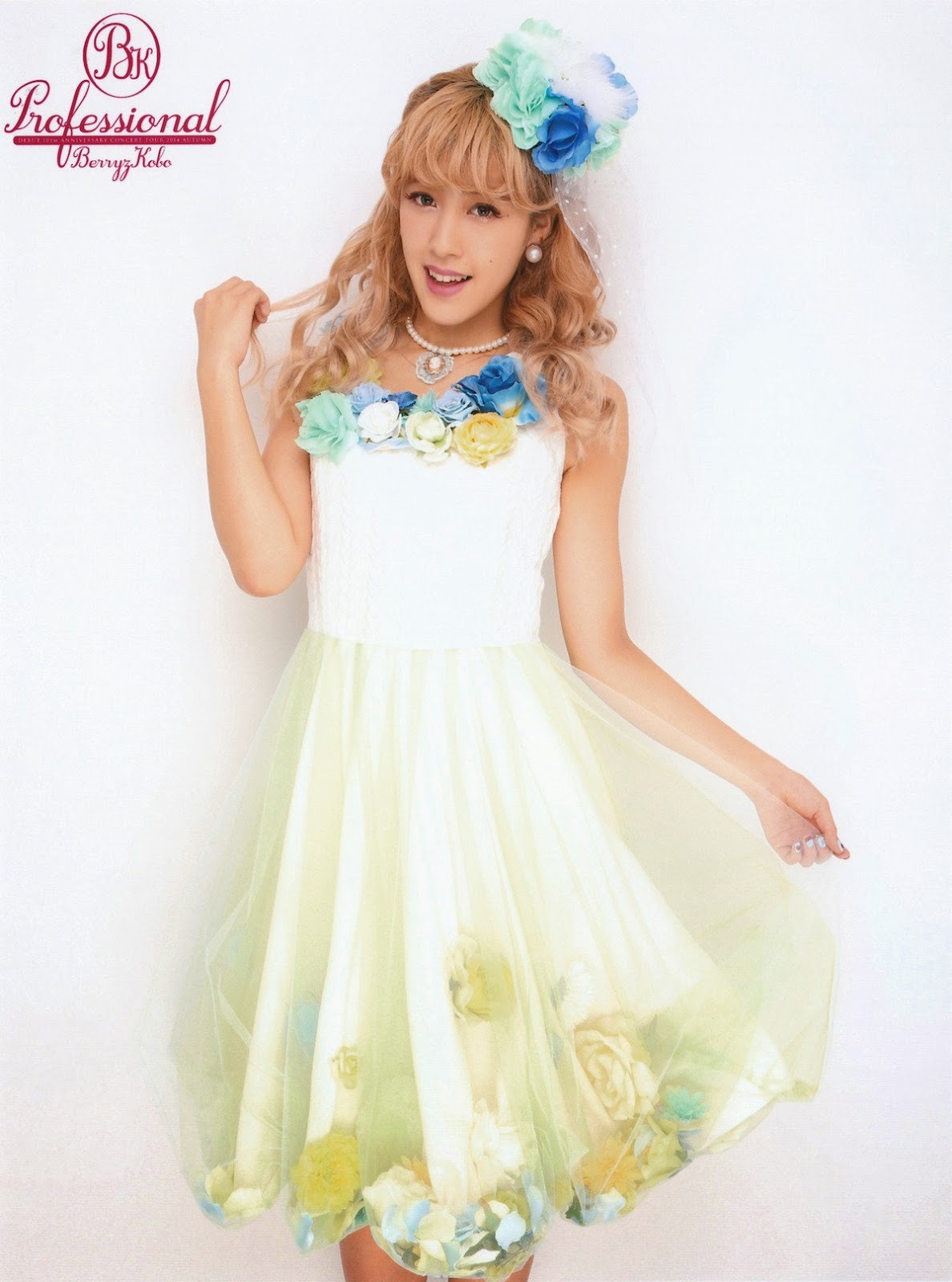 Though she bores me at times, and though her hair choices have been questionable, I do think Miyabi is a star, despite the fact that she is my least favourite member of Berryz right now. She is truly a talented girl, and one who could have a bright future ahead of her if she continues to work hard at what she does. She will do well in whatever she chooses to pursue, I'm sure, and I look forward to seeing what she does in the future, even if it isn't singing.

For now, though, whilst she is on her hiatus, I will continue to dream of her joining Flower... seriously, the girl looks like she could be a part of the group! But, whilst that may never happen, at least I have an imagination to make it somewhat real, right? 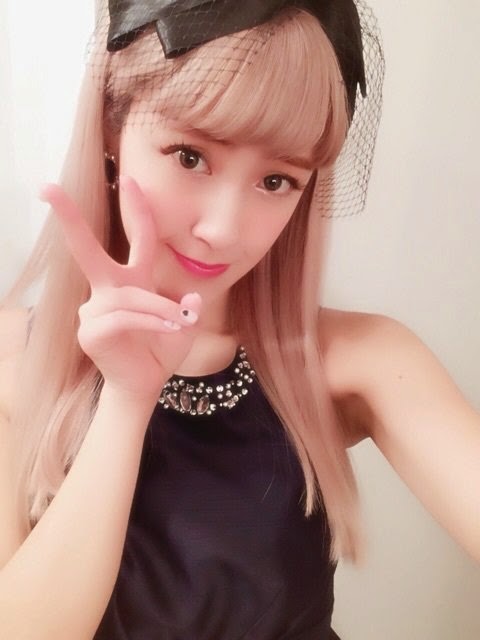 One heck of a singer, and one heck of a girl too, I'm sure. She may not be as hot in my eyes as she once was, but damn! This girl is a looker, a stunner, and I will miss her presence in Hello! Project, you can be sure of that! For now though, let's allow her to run off back to that boyfriend of hers who got her into trouble way back when, aye? ;)

It's been nice knowing you, Miya. Thank you for over 10 years of your voice, and thank you for all of the Horse jokes you have provided unto us all! For now, though, it's time to giddy up, and say goodbye!

You will truly be missed.