All thoughts contained within this post are my own... even if they are a muddled mess.

Continuing this series of Appreciation posts, I will be going onto my next Berryz member to talk about whilst I take a short break from essay writing. For those who are unaware about what this series is all about, I am writing out posts for each member of Berryz Kobou before they leave, and talking about them in an appreciative way. At least, that's the idea - I may throw in little comments that seem less than sweet, but all the same, these posts are about what I think of them, and what I hope for them in the future. So, without further ado, let's get cracking.

Next up, it 's our resident tree, Kumai Yurina! 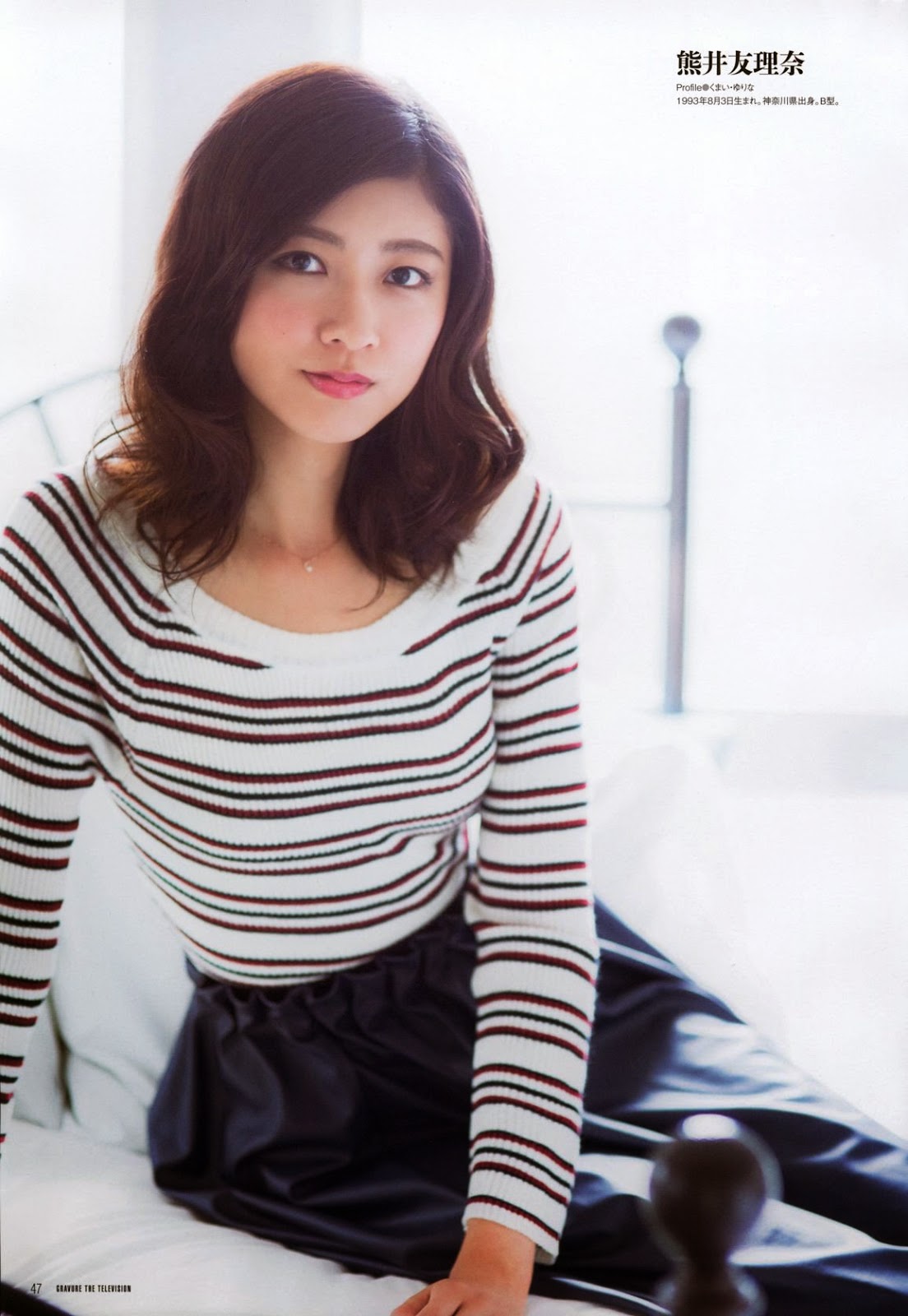 I think that I have always liked Yurina, not for her voice, but always for her looks; she's really beautiful, and always seemed to remind me of Gaki in a way when it came to her facial structure. No matter what though, I liked Yurina's presence, especially in the later years of Berryz. Of them all, she seemed to be one of the few who truly enjoyed being an Idol.

Slowly, she grew on me. Kind of like a tree, if you think about, though she was never my absolute favourite. Still, I liked her, and until the end of Berryz, she will remain one of my favoured members. 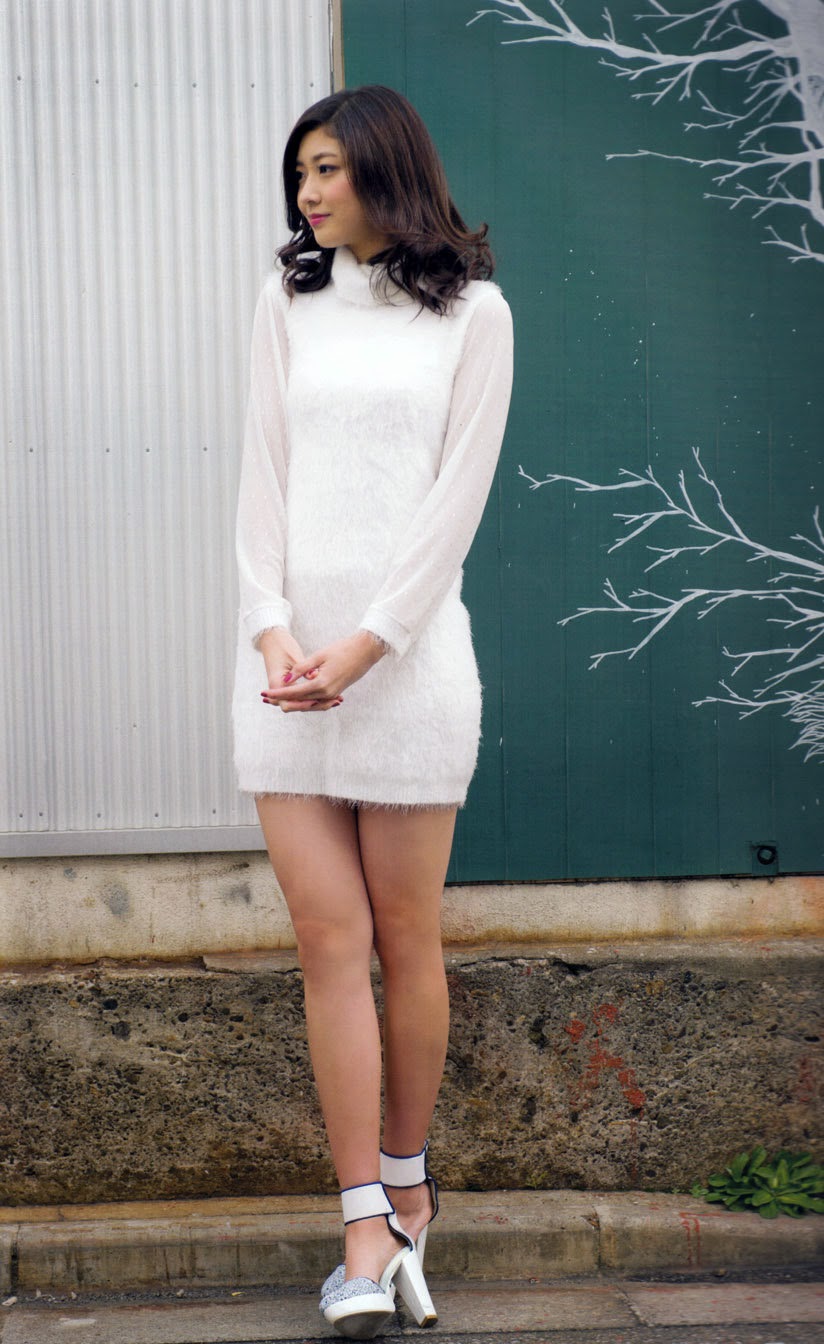 Yurina was not an immediate favourite, but she's consistently been one of those members that my eyes are drawn to. Maybe it's because she's a giant compared to the rest of the group, or because she's simply lovely, or something else, but no matter what, I thought she was a cool kid, and I think I made that apparent - I appreciated her, especially those lovely legs, and I enjoyed watching her in the music video's.
Seriously, I don't think that I could actually get bored of this girl. She's my dynamite!

I think another thing that drew me to her, especially after I started to find a dislike for Risako, was the maturity Yurina exuded; her features were a lot more womanly than most of the girls in Berryz, her look quite appealing, and she had this aura of a grownup around her that the others lacked at one point. I think that difference between herself and the members, them looking like regular tweens and Yurina towering over them as a friendly Green Giant, made me look at her a lot more closely, and made me see how much of a grownup she was really was... even if she was the second youngest.
Still, it wowed me, and around the time Shining Power came out, I was pretty much a fan of hers. I kinda liked this girl.

Her voice, however, sucked. But whatever, I liked her face, right? 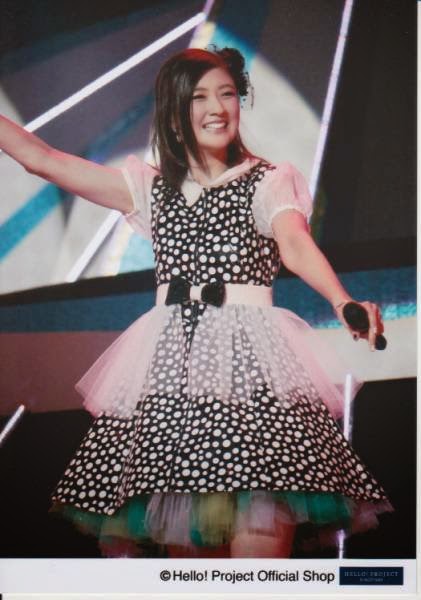 As I've mentioned, I liked Yurina for a few reasons; the fact that she's beautiful, her legs, and that she actually looked happy in a PV compared to the others. There is a lot to like about her, but honestly? It ends there for me, because personality wise, I actually don't know much about Yurina.

Aside from a pretty face, she is merely a blank canvas to me, a doll to look at. But I suppose I've never been that interested in learning about her, not like I was with other Hello! Project members, and that's pretty sad I think. I've seen her more as a model these past few years, less so an Idol.

I don't think there's any shame in admitting that Yurina's my personal eye candy, because I'm sure that's what Risako is for most people, but other than seeming interesting in videos and songs, I never thought to look up anything about her. I've seen videos here and there, yes, but nothing that struck me as intriguing about her, but again, I don't mind too much, though others may have something to say about that.

At the end of the day, as an entertainer, she has indeed entertained me, and she's done it very well. As a performer, I think she's a star. 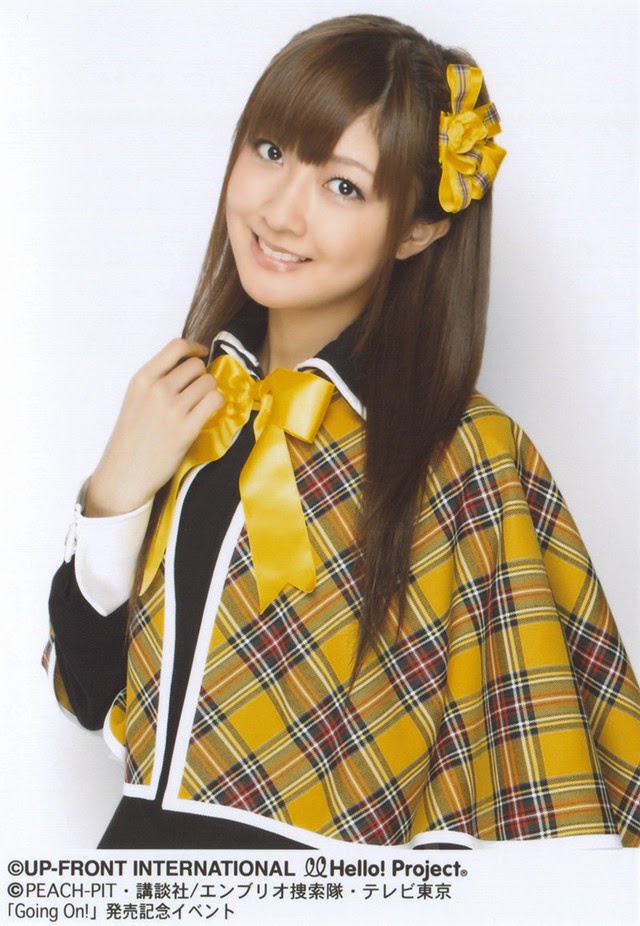 Speaking of performance, one of the first things I ever saw Yurina in was actually Guardians 4, which is where I first properly noticed her, more-so because it was a smaller group and easier to pin-point the members. I remember her being the tall one, and though I took more notice of either Risako or Aika at that point in time, I did like Yurina. (In general, I liked all of Guardians 4.) She wasn't squeaky or high pitched, but she wasn't necessarily the best singer, either. Her performance within the group, too, was real cute.

And she was absolutely adorable in that costume, too! Gaaaah!!!

She was really fun back then. Heck, she's fun even today, and I love that she had a lot of enthusiasm even in her younger years, never letting anything get to her or have her falter in her performance. That is actually what I respect about Yurina the most; the fact that, in each PV she did, in each song she sung, she enjoyed and loved what she did, and never let things get her down. She was an Idol, first and foremost, and nothing could stop her from looking like she was invested in what she did.

I may not know much about her personality, but how she looks in PV's... well, that has left an impression on me, and I think it shows just how serious Yurina is about the job she has, and the things that she loves. It's really inspiring. 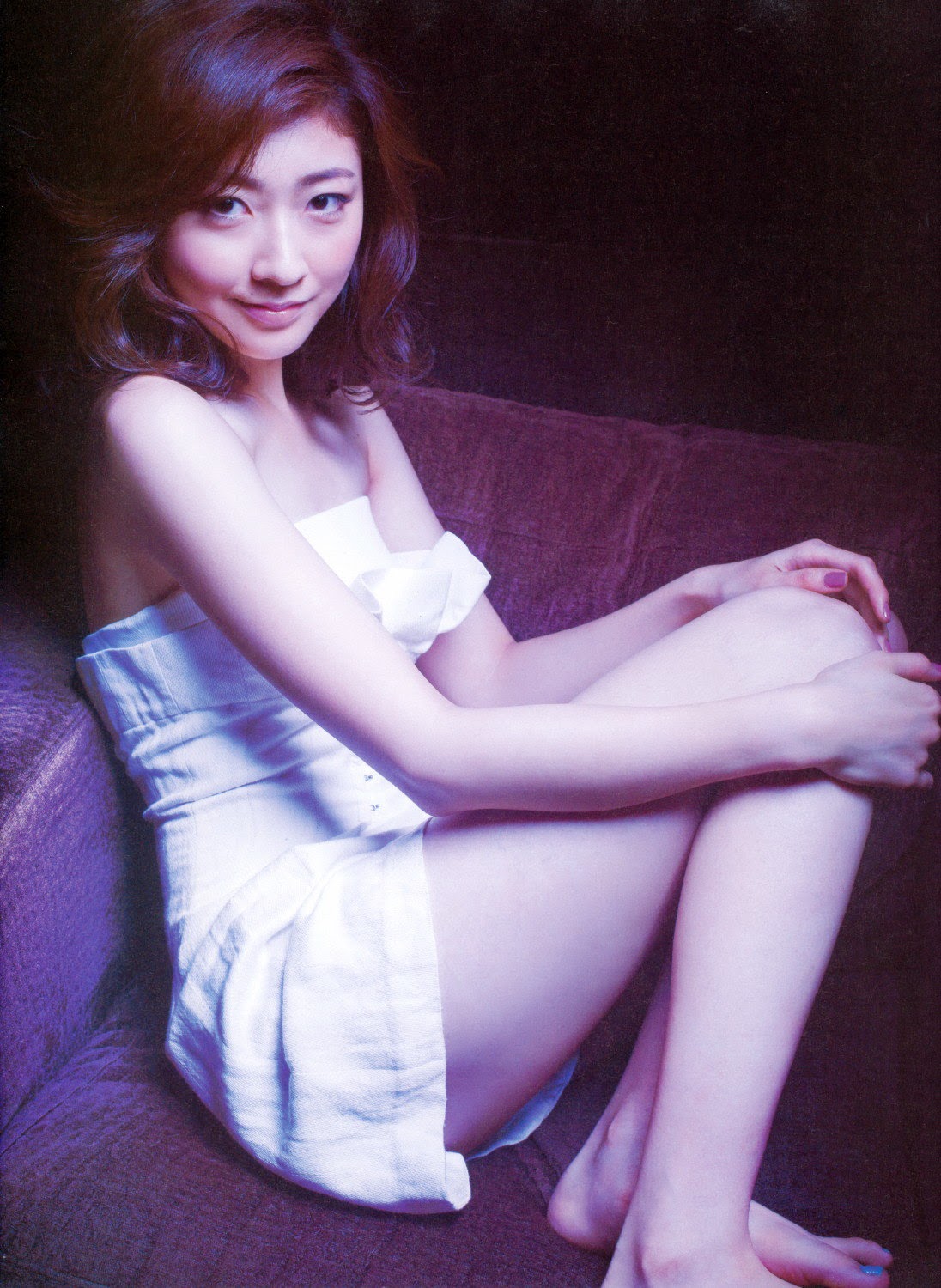 She's a spectacular young woman, one who I hope has a shining career ahead of her. I know that she recently updated about taking a break to finish her studies, with the hopes of a modelling career in the works too, and I honestly hope that she gets what she wants, because Yurina is a hard worker. I'm not saying that the other members of Berryz aren't, but of them all, Yurina is one of the few who showed her ambition and passion no matter what, constantly giving her all during a performance, and never once backing down.

Though I see her as just a pretty face, I know that she is more than that; Yurina is someone to be admired, someone who works because she enjoys it, not because she has to endure it. She became an Idol and stayed an Idol because it's what she liked doing I believe, and I don't think she has ever felt bored by it once. Though she never improved singing wise, she did prove to the fans that this is what she worked hard for, and that she loved every single minute of it despite all of the hardships the group has faced. 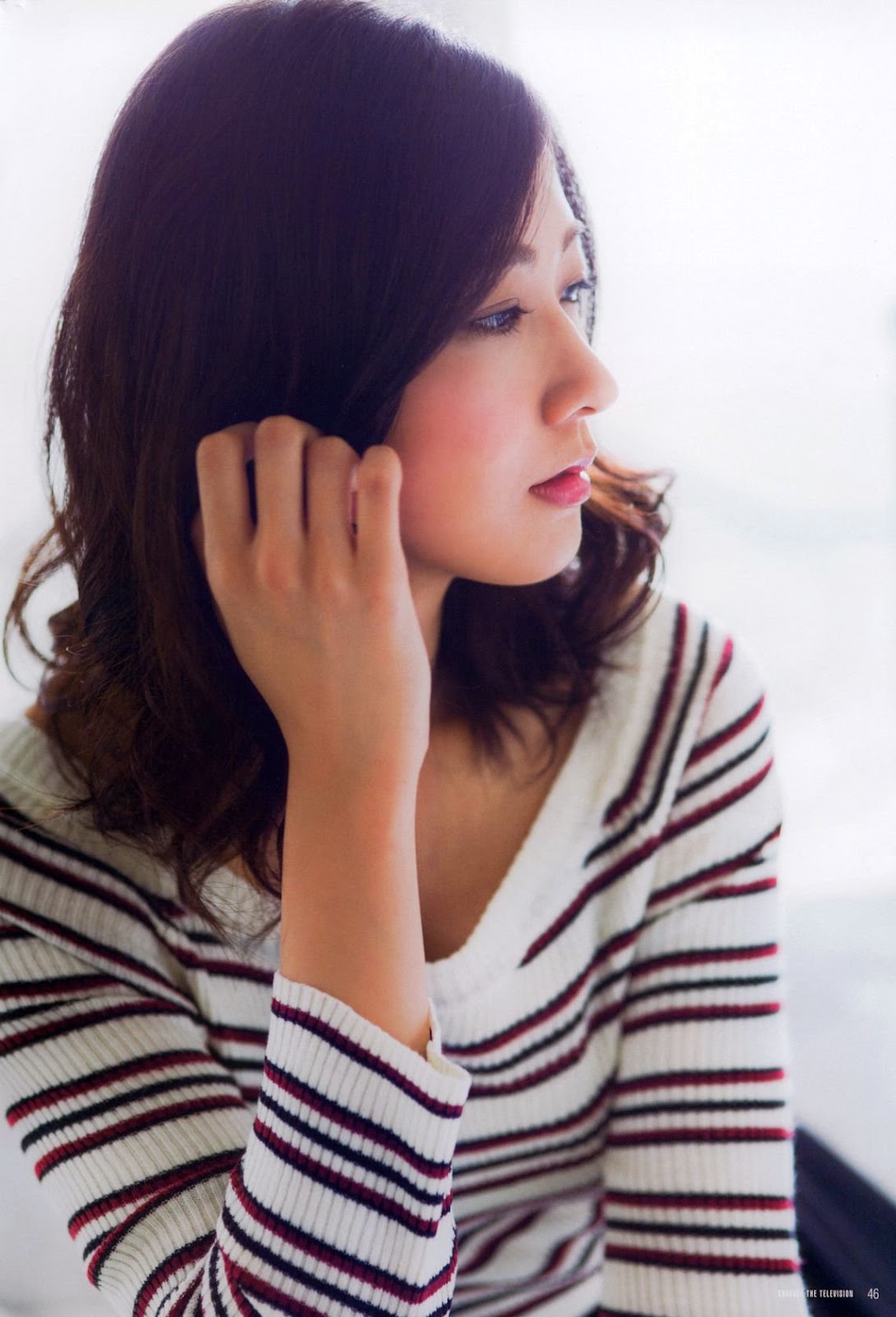 I know I'm going to miss Yurina when she's gone, not only because she's my sexy eye candy, but also because I will miss her performance ability and how invested she looked when in front of the camera. She is a beautiful person, one who I hope pursues modelling and succeeds in her studies. I want her to do well, and to prosper in life, much like I want for any Idol who leaves a group or the Entertainment industry.

It's sad to think that she will be gone soon, away from the spotlight and gone from Hello! Project, but I do think Yurina will be happy no matter what. She will do what she wants now, and focus on things without the restriction of a contract or the binds of being an Idol. She can live her life, she can create her own future, and she can finally step forward and become Kumai Yurina, not Kumai Yurina of Berryz Kobou. Finally, she can be independent, and I honestly can't wait to see what she does with that independence. 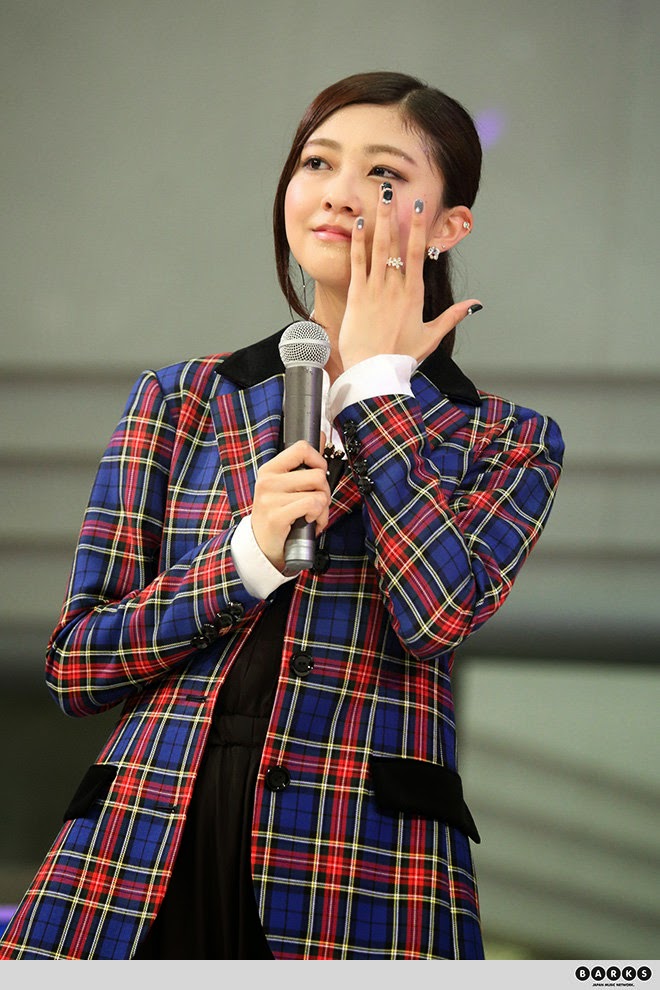 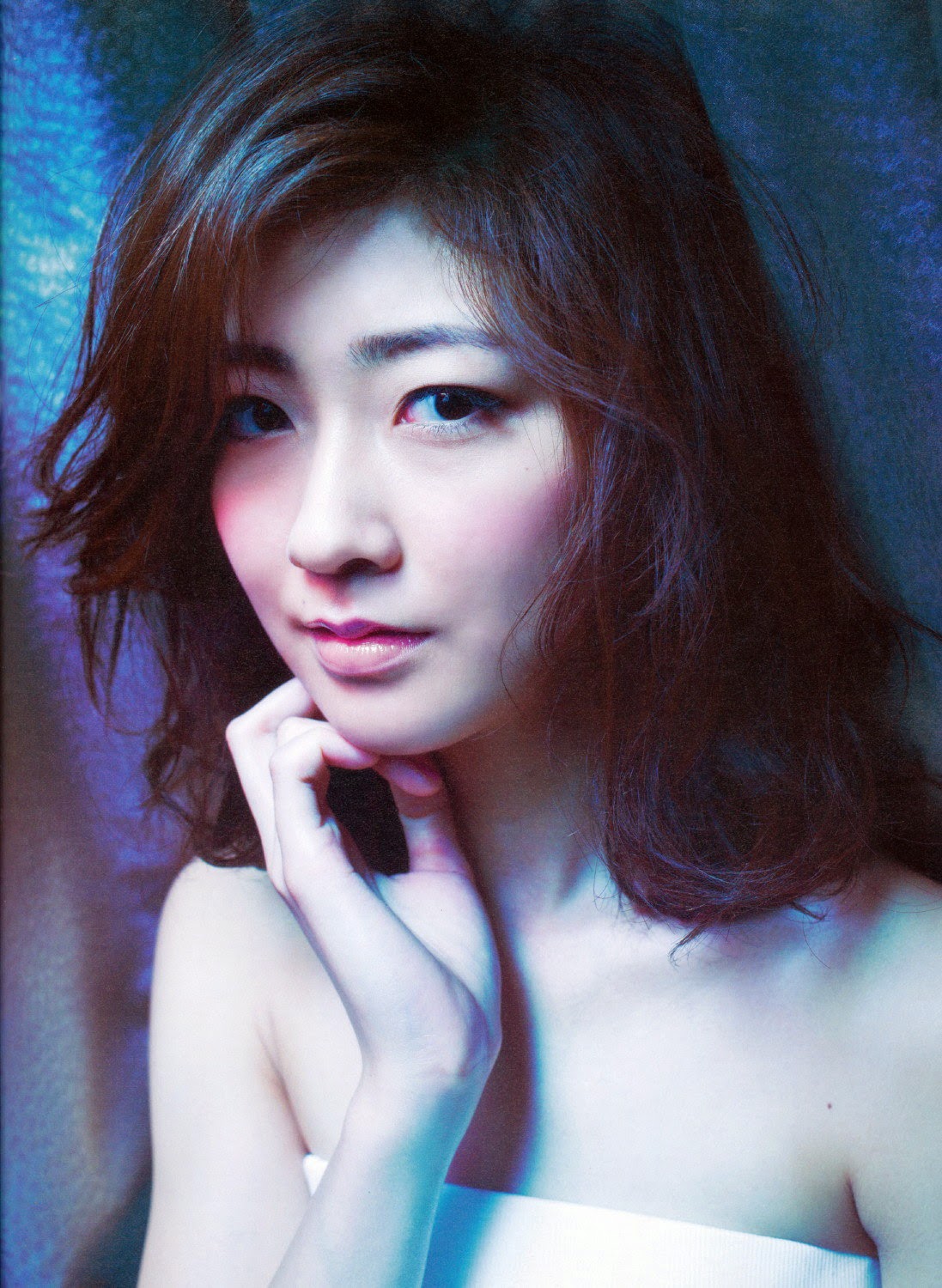 Kumai Yurina is like a saint to me; when Berryz was in darkness, she managed to light up the whole room with a smile and show us all that, hey, there is still some life left in a group that was going downhill. There was still an Idol there who cared.

Though she can't sing for toffee, she was truly one heck of a performer. 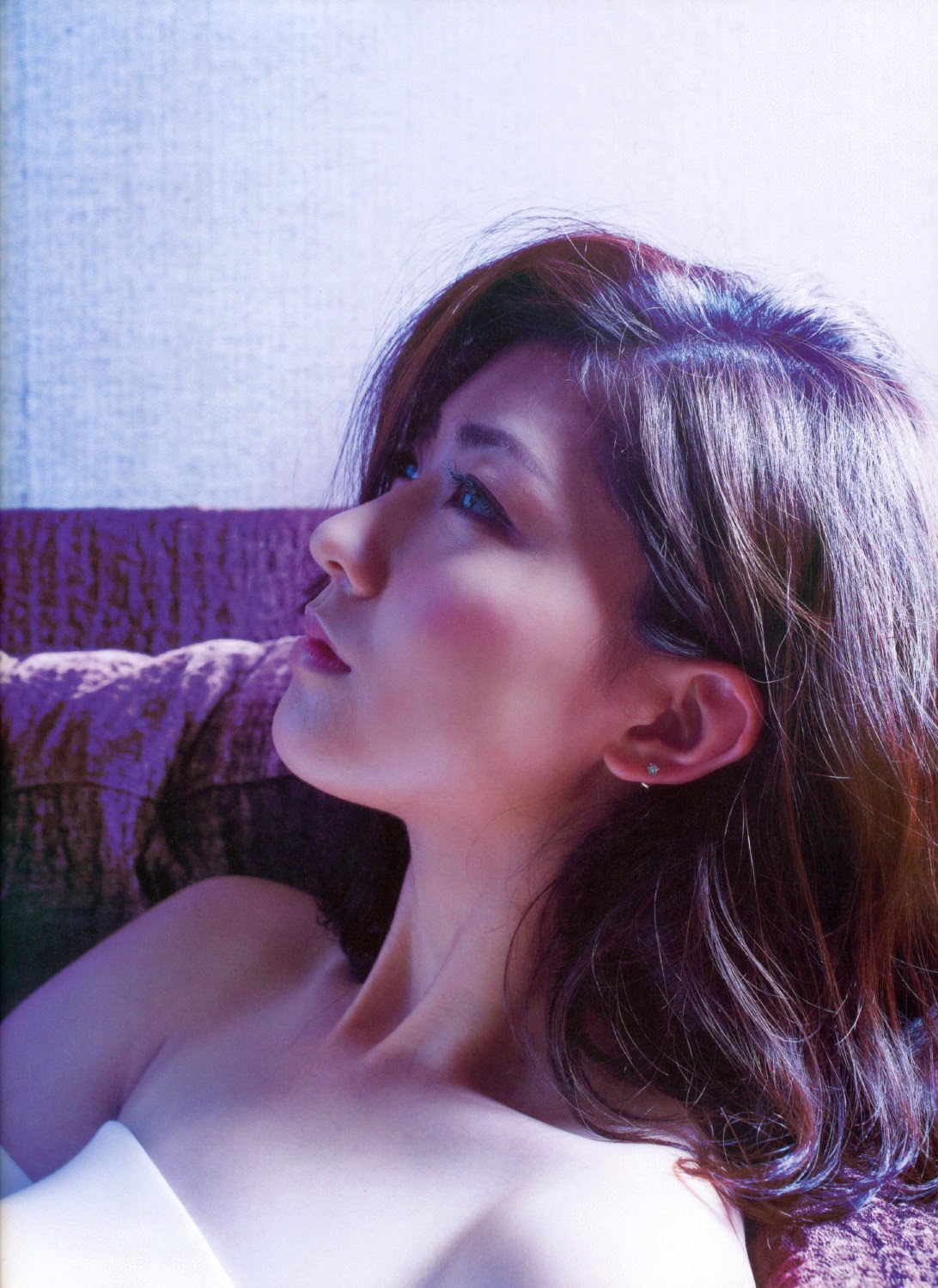 She is my Tree, and she has truly rooted herself into my heart. My eye candy, beautiful Yurina, goodbye came far too soon.

I really will miss your beautiful face and your shining aura.