All thoughts and opinions regarding what I feel are the worst songs of the year going by are my own, and please, take them as they are; Opinions. This is not fact, merely what I feel towards songs I didn't care for, so don't take it as fact. If you enjoy them, then good - you can appreciate what I can't, and I want that. It's just that I don't like these, so we will leave it at that. Thank you.

In terms of music this year, I have to admit that I really was not disappointed - I liked a lot of what I heard, and whilst my own music taste isn't as fabulous as everyone else's, I found the music produced this year enjoyable and worth the listen.

That said, there were a few shitty tunes thrown in there, so of course I'm going to note them! There aren't many, but hey, they need some recognition, so here we go! 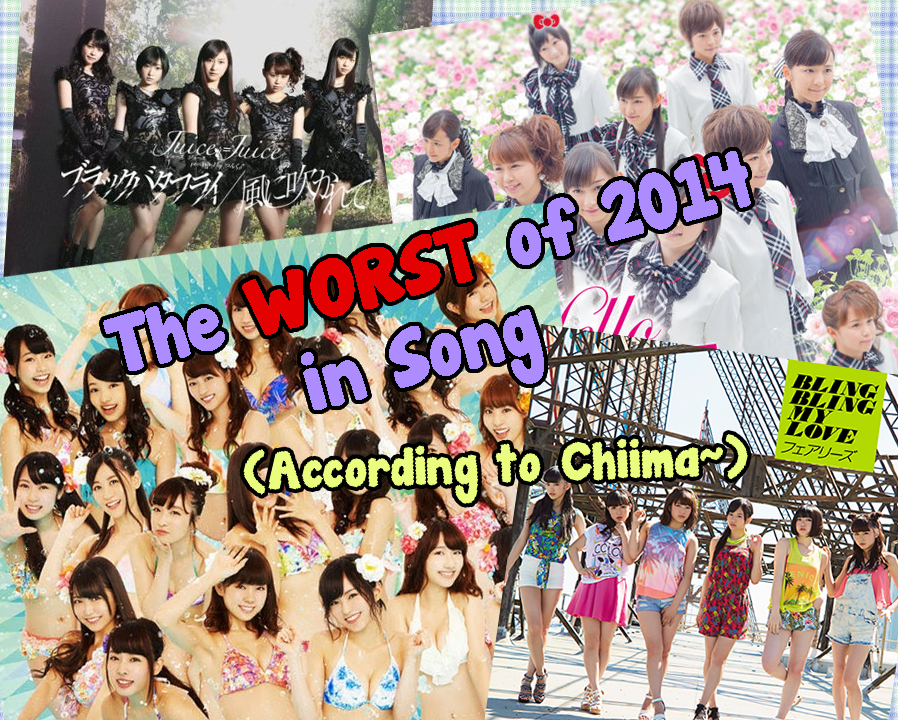 Ah, terrible songs, what would I do without you? Granted, there weren't a whole ton of songs I actually hated or found pretty bad this year, but the ones that I did... well, they're ones that I wish I could burn, or just delete from my internal memory. Still, despite how short this list will be, I'm glad that there weren't a lot of songs I disliked... imagine if I did a Top 30 Most Disliked Songs of 2014!? That would be crazy! My poor fingers...

So, even though the list is tiny as heck, we're going to look at the Songs of 2014 that I found to be the worst of the bunch. Why do I dislike these songs, what do I have against them, and which song will reign supreme in all of its shittyness?

This is my Tiny-Whiney Worst Songs of 2014 List, and I'm ready to gripe a bit! Are you ready to disagree with me? Let's GO!!!


You Tried, You Failed 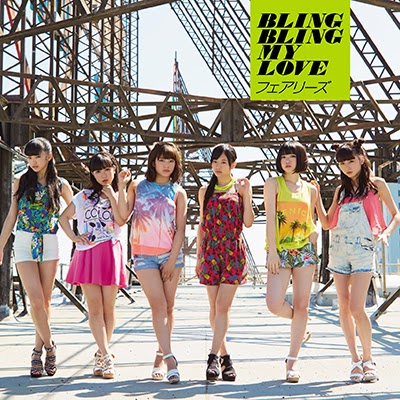 BLING BLING MY LOVE by Fairies

Okay, it's not as if this is a horrible song, because it can be okay if I'm in the right mood, but... no. Just no!

I don't mind Fairies. I can be very On/Off with them, but when they bring out something as try-hard as this song, I just switch off and ignore them. This is one of those songs that I can't seem to finish, and I never want to finish it, because it's so cringe worthy and just... well, I find it bad, others may really love it, but when I hear it I just think 'NOPE!' and turn it off.

This isn't the worst song I've heard this year, but I find the style of it dislike-able, and the title is especially off-putting. I don't think that Fairies should try to go for an 'American' style sound ever again, personally, but if you like it, then good - the more people that like it, the better if you ask me, because then at least others find the quality behind it that I can't.

Still, they tried, they failed, and it put me off of them a little more. Sorry, Fairies. 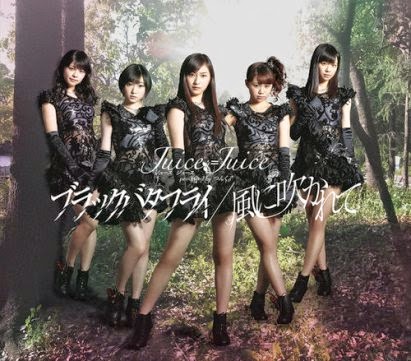 Okay, when I did my Top PV Awards for the year gone by, I noted how, despite being tacky as fuck when it came to the visuals, Black Butterfly was actually a pretty good song.

I lied. Or at least, I didn't realise I actually thought this song was bad/dislikeable until I listened to it again. Oh, the error of my ways...

I think the song itself could grow on me, after a lot of heavy drinking and about a million replays and loops, but when I first hear it I just wonder what the Hell went on in Tsunku's head with this one? It's very obvious that this is trying to reap the benefit of sounding like Hadaka no Hadaka no Hadaka no Kiss, however it has all the appeal of Morning Musume's latest Best of Album, and fails at trying to sound pretty good. The worst part of this entire song is that really deep, really growly BLACK BUTTERFLY they all do. Like, what? WTF is that?

It's just not a very good song, in my opinion, and probably the worst release from Hello! Project this year. I don't like it, not at all.

Give me a lot of alcohol and then we'll see if I prefer it.


You Make Me Sleepy... ZZZZZ 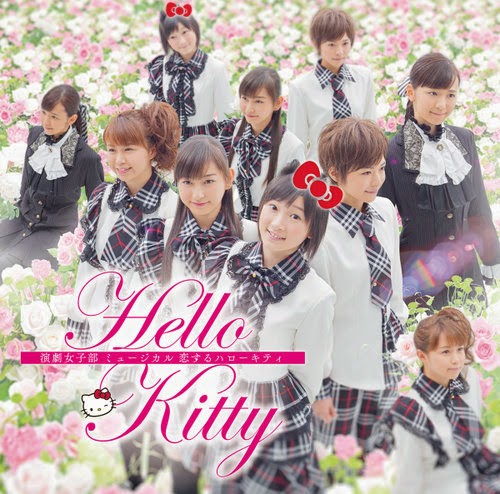 This isn't a specific song, this is all of the songs present on this album. It's just that bad, so of course, it's here~ HURRAH for some more shitty tracks courtesy of H!P. They had to churn out something horrible this year, clearly!

So, when I listen to an album from a musical, I anticipate the songs greatly, because the soundtracks from musicals are freakin' GREAT! I love Musicals! They're some of my favourite tracks of all time! I love how they tie into one another, and how fun they can be, or emotional, and I just love how brilliant the songs are! When it comes to musical scores, there is always something there that I can enjoy.

Leave it to Koisuru Hello Kitty proved me wrong on that one. FU----

This was not a good album. This was a boring album. It's not even a true album, because it's a mini-album, but that makes no difference - I was completely bored out of my mind listening to this small set of soundtracks, and once they were over, I couldn't help but think that this was absolute crap, one of the worst set of musical soundtracks recorded ever, and a complete waste of my time. Of course this is all my own opinion, and those who like it, kudos - I'm glad someone appreciates it! But for me? Well, I'm getting ready to set off on my Choo Choo Train full of NOPE!

I honestly can't stand these songs, and though there is one decent-ish song of all 5 or 6 that are present, it doesn't make up for how shit this mini-album was. Originally, I was excited for it because it was a J=J based musical, but I was only disappointed with the outcome. The songs were bland, drawn out and, whilst they could have sounded pretty, did not have any energy put into them.

Weakest. Musical. Soundtrack. EVER! I feel bad for saying it, because I genuinely love me some musical tunes, but... no, Juice=Juice. This was rubbish. 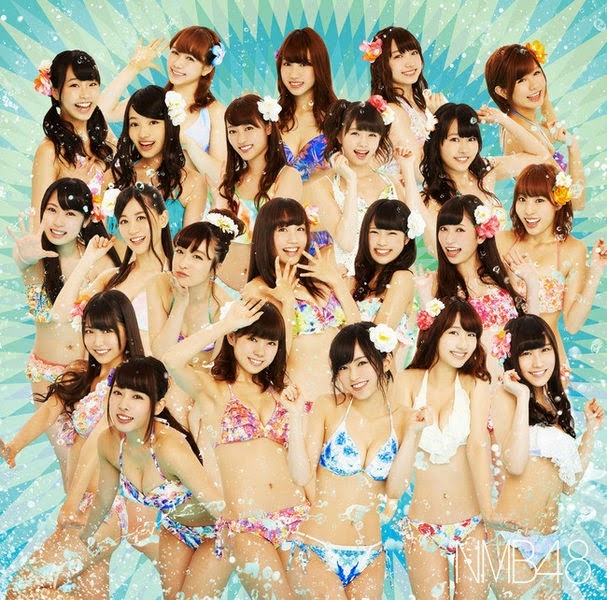 Of all the groups I am disappointed in this year when it comes to a song I dislike, it is NMB48. Really, Aki-P, really? You gave your shittest song of the entire year, a weak-ass AKB rip-off that is dull as fuck, with the personality of Kashiwagi Yuki, to NMB48, one of your best groups?

The sad fact of the matter is that, sigh, this is the leading track of this entire album, the seller if you will, and the one with the PV to promote it. Fine, the PV is actually pretty good (the ending is funny as heck) and it has fanservice that will sell it to the masses, but the song? That is some really bad shit you have there, NMB, and I am sorry you're the ones churning it out.

It's a damn weak song, one that I actually can't listen to for long because it makes me feel sleepy, it bores me, and it makes me want to rip my speakers out of their sockets. Okay, I exaggerate on the latter, but it really is bad, and the song that I really hated this year. I mean I tried to do a video review to Ibiza Girl but I detested the song so much, I couldn't finish it, it got on my nerves that much.

Somehow, I just can't deal with how terrible this is, and it puts me off of the album altogether, and even NMB48 a little. I like this group so much, but this really crap song is just all shades of cheap and tacky, and it reeks of sell-out.

I would expect this from AKB48, because it's generally what they put out every summer as of late, or maybe even HKT48, but not NMB48 - they have good music, their latest single is proof of that, but this was just terrible! I am sad that they were tacked with this pile of bull, and also sorry that I had to experience it this year.

For sure, this is the song that I hated the most in 2014, and the song that was the worst of the year for me. It disappointed me, and it was horrible to listen to. I am sorry NMB48, but for the year of 2014, you are crowned the group with the Worst Song of The Year.

It was only a short list, but I wanted to share it regardless! Whilst I really have enjoyed what 2014 has had to offer in terms of music, these were the songs that I disliked the most and thought should not have been created, or could have been done better. Still, please know that what I say is not fact, but an opinion; if you like it, then enjoy the heck out of that song I didn't care about! It's good that you can appreciate it more than I can.

With the list done though, I want to ask what songs you thought were the worst of 2014? Which songs disgraced your playlist and murdered your ears, and what made you see a group in a less favourable light? Let me know, because it would be intriguing to find out!

Until next time though, take care.