I was going to have to do this eventually, so why not now? 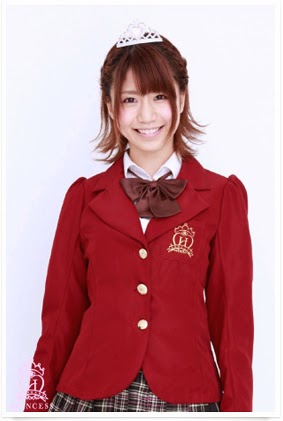 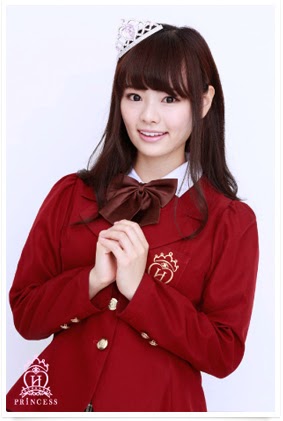 On May 22nd, Houkago Princesses 4th generation member Hayamizu Rin announced that she would be graduating from the group. On the same day, it came to light from the staff that Sakurai Riho, whom had previously been on a (very) long suspension for breaching her contract, would officially be dismissed from the group as well. Through her blog, Rin announced her graduation in a 'report' where she gave her gratitude to the fans as well as gave her reasons to as why she will be graduating.

Hayamizu Rin's decision to graduate was through conflicted feelings of wishing to do other things aside from her Idol activities. Below is a very very rough translation of the report from yours truly. Bear in mind that I use google translate because I have no skill in reading languages, and those who usually help me (Steve and Momo) are not online right now. Thank you.

I, Hayamizu Rin, have decided to graduate from Houkago Princess.

Since joining the 4th generation class, about a year and 4 months has passed.

If I had lived a normal life a year and four months ago, life would have gone quickly and I might have forgotten the events in a few years.

But I've been allowed to work in Houkago Princess, get support from the fans. It was a really happy time.

I love to sing and dance.
To be on stage.
It's so much fun!

With the encouragement from the fans and their warmth. I sincerely felt it.

You do not forget that sort of life.

To everyone who is a Houkago Princess fan, I want to convey a feeling of gratitude to each person.
I can not write in full the feelings I wish to convey.

This time now, I have decided to graduate.
It is not only my idol activities in singing and dancing as a Houkago Princess,
but I thought that I wanted to work hard for more of my dreams.

While fighting with those various feelings,
the result was that I would graduate.

I, Hayamizu Rin of Houkago Princess, have made the decision to graduate without being able to properly greeting everyone. I am sorry.

(this part I couldn't translate at all or make heads or tails of what it said, so I'm leaving it out)

In addition, I look forward to seeing you all again with a smile.

Furthermore, on May 25th Hayamizu Rin revealed that she will be performing in a stage play, Flying Pirates ~Neverland Hyoryuki~ which will star the model Obana Kie, who is also a part of the group Model Girls. The play will take place in the summer this year at Theatre Green: BIG TREE THEATRE and there will 9 performances in total running from July until August. The idol group PASTEL CALLA will also participate in the stage play.

The stage play will be based on the story of Peter Pan.

Because Rin will be continuing her activities in acting, her blog and Twitter are still active and open right now.
...

I think Hayamizu Rin's graduation was, without a doubt, going to happen eventually. With most members of HouPri, their blog or Twitter posts tend to decline and eventually stop when they are ready to announce their dismissal or graduation, though Rin was very much a Twitter bird despite the stall in her posts on her Ameblo blog. Still, I knew this was coming... I'm saddened, but I'm not surprised. It was expected, no matter what.

However, I was highly surprised by the sudden announcement that she was in a stage play already despite it being so soon after her graduation announcement (I don't think she had a ceremony, as her Twitter claims she has already left the group by stating she graduated in May). But, I was very happy to see that she was already getting a job and basically doing what she wanted; though it was never directly stated that she was going to pursue stage acting in her blog post, I was rather aware that was something she seemed to enjoy; she liked doing the Hana yo... Cho yo... stage play alongside Sakuragi Nene, so I figured she would either go for more stage plays in HouPri, or eventually follow that path if she decided it was what she wanted to do. Clearly, it's what she wants to do, as she has graduated Houkago Princess in order to focus on following other dreams, and I can't fault her for that really.

I'm sad by Rin's decision to leave Houkago Princess because I did like her, even if she wasn't my absolute favourite in the group. She was beautiful to look at and had a certain charm about her, especially when she smiled. She's very eye-catching, in my opinion. That said, I'm glad she's decided to go down the acting route; it seems to suit her, and I think she'd probably be happier doing that than being an Idol, because whilst acting is demanding, she can continue to sing and dance whilst also meeting different people and gaining more experience in that field. Hopefully this won't be her only acting gig after her departure from HouPri, because I do like it when Idols find something new to pursue and grow in, so here's to hoping that Rin continues working on the stage happily and creating new opportunities for herself.

Regarding Riho's dismissal announcement, I'm more annoyed by the staff for keeping it quiet for so long what was happening with Riho. I knew that eventually they would 'withdraw' or dismiss her from the group, because they had suspended her for having a boyfriend and a secret Twitter account, however I really did not like that they decided to lump her dismissal with Rin's graduation announcement. It seems convenient for them, indeed, however it's rather unfair to Rin and Riho in my eyes; Riho, to me, had been gone from the group since February (it was obvious she would never return) and Rin had only just graduated, so I feel like they should have simply let Rin have her graduation notice rather than simply write that they were both withdrawing from the group.

In the end though, this is how some groups work, even if it isn't fair or nice. I will dearly miss both girls, but I wish them luck in their future endeavours in whatever they do, whether it's continuing to pursue the music career or going on towards acting and stage plays. Whatever it is, I'm sure these girls will find or create their own success.

Once again the revolving door has turned for HouPri, and now 20 members (that we know of) have officially graduated from the group, leaving only 9 members. Who will come next, and who will leave? No one ever knows with this group...

It's sad that so many have graduated... -sigh-