AKB48's Kawaei Rina, Iriyama Anna and a Member of Staff Slashed at a Handshake Event

I'm rather late on talking about this, so my deepest apologies, however I had things to do in real-life and also I needed some sleep (I always need sleep) before I could even fathom writing about something this important, scary and upsetting. 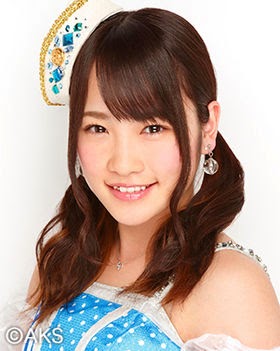 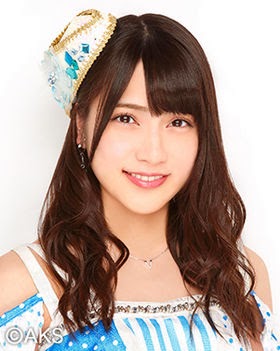 As I am sure many of you have heard, it was reported that AKB48's Kawaei Rina and Iriyama Anna as well as a staff member were attacked at a handshake event this Sunday (May 25th) at Iwata Prefecture. A call had been made to the police around 5:00pm that there was a man 'going on a rampage' with an edged tool.

The police arrested a 24 year old man for attempted murder (of which he has reportedly admitted to), and that he attacked the AKB48 members and staff with a hand saw.

Apparently neither the girls nor the staff member injured have life-threatening injuries, and were all concious whilst being transported to the Hospital, and that both Kawaei and Iriyama are well enough to have clear conversations.

This is honestly one of the scariest things I have read. It really did provoke deep and utter fear in me when I saw the news. I pretty much went cold, and I wanted to cry.

I'm not the biggest fan of AKB48, we all know that, but these girls are innocent human beings who have been hurt, most likely mentally as well as the physical damage that has been inflicted upon them, and it's going to take a lot of time for them to heal in both ways. It's scary, and I honestly can't imagine what they went through or how much fear they felt, but from where I am sitting now, I remember feeling so upset and worried for these girls and the staff member who were hurt, as well as the other girls and the many fans who had to watch these events unfold before their eyes. No one should see that, nor should they go through that.

It sickens me too, and it just makes me feel so sad and scared for the girls. It doesn't matter if you don't like AKB48 or if you do, because no matter what you're going to feel shocked and saddened by these events, because like us these girls are humans who don't deserve to be hurt in any way possible, whether it is mentally or physically. It was such a horrible turn of events, and I know that so many fans around the world, both fans of AKB48 or even other groups, are feeling for the girls right now and sending out their well wishes.

Hopefully now the staff will take extra precautions with checking bags for weapons at the handshake events, because these girls, the members of the staff and the fans are all at risk here. Everyone's safety is a concern, and all of the people attending those events must be protected at all costs, because a life is important no matter how big or small that life is.

It shouldn't have happened to anyone, and no one deserves this. It's such a scary situation for anyone to be in, even the observers from other parts of the world. Hearing this news earlier from a friend and then seeing it all on Twitter was one of the most horrible things I have witnessed so far as an Idol fan. I'm still scared for them, but I know that right now all I can do is wish for their safety and well-being, and pray that they will be okay. Right now, Kawaei, Iriyama and the staff member are all in my thoughts, and I hope that they get better soon, though really, who knows how much damage this has really caused?

Get well soon everyone. You will be in all of our thoughts.