Okay, so this was announced quite a while back, buuuut given that I was away at the time it was announced, and clearly ignoring my blog as well I'M SORRY I'M SORRY I'M SORRY I really didn't comment on it, and honestly, as long as I'm not a year late in talking about this, I think I am okay to write about it now, regardless of how late it may seem. Right? RIGHT!!!

That said, did you guys hear? MORNING MUSUME ARE HOLDING AUDITIONS!!! I KNOW!!!! AMAZING!!!

I WANT TO CRY WITH HAPPY TEARS!!! YAAAAAY!!!

... Okay, so maybe that wasn't my reaction. In fact, my reaction was more along the lines of 'EEEEP Auditions! Yaaaaay!!!... Yeah, I had a feeling that would happen again' because let's be honest; it was expected, it was predictable, and it was going to happen regardless. If it didn't happen now, it would happen next year I'm sure. Maybe if I was a bit younger or rather new to Morning Musume, I would be a lot more ecstatic at the thought of auditions again (gasp!) however I've grown used to it now... STILL though, it is really freakin' exciting to think about, isn't it!? 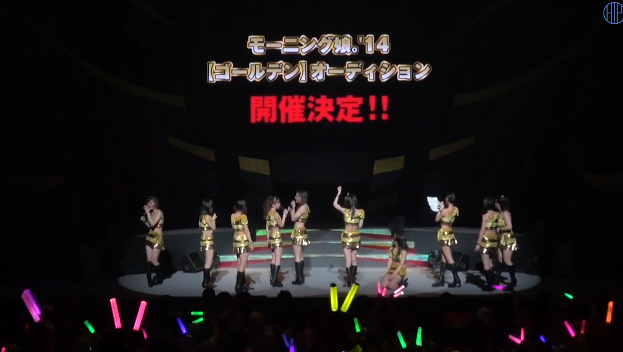 I mean, what is there not to be excited about this time around? Sure, we had the 12ki auditions last year, and thankfully that resulted in no one being chosen (I breathed a sigh of relief, I really did) because at that time, Morning Musume didn't need anyone new to drag along. The girls were great as they were and Sakura was still finding her footing in the group. Thanks to the fact that no one new came in, the girls are all comfortable with each other and mesh together really well - but now is a different time, and things need to be shaken up a bit. The girls are stronger and their bond is greater as a result of no new additions, yes, but I think that the challenge of a new girl or three will help to keep the current members in form and watching their backs; they will work hard and strive to prove to their peers that, despite the new girls coming in, they are still there and ready to fight to keep the positions they have created for themselves.

Yes, these auditions were predictable - it was obvious that Tsunku would announce a new round after a year, but it seems to be helping the current line-up as well in a way, and it has also helped to create build-up - build-up that will really help the recognition of Morning Musume, I think.

Think about it; during last years auditions, however unwarranted and premature they were, helped Morning Musume out before, during and after the process - girls wanted to join the group with these cool formation dances that were the talk of the town, figuratively speaking, and when it came to light that no one had made it despite the apparent high level (read: five year olds) talent involved, it caused on giant stir in the fandom - if no one had made it then, then how good did you have to be to get into Morning Musume the next time? What did you have to require to be able to become a member of this group, where the girls look cool during their dance formations?

For the girls auditioning, I think that this only made them more determined to try and get into Morning Musume as a 12ki member, and it has also caused Morning Musume to gain a bit more recognition; if they could get in, then they beat out the first set of hopefuls and succeeded in becoming a coveted 12ki member - they joined a troupe of girls known for their dance style. Who wouldn't want that? For once, deciding not to add a bunch of squeaking children to the line-up proved to be Tsunku's smartest move for Morning Musume, as it not only scared the group into working harder at first, but also made girls realise that they could become a part of it, but only if they could prove themselves. In a way the stakes have been raised for these auditions, and in the process Morning Musume has become a holy grail of sorts; get through the auditions and become a part of the group, and you basically beat the system.

But what makes this entire audition intriguing is not just the hype behind it thanks to some clever scheme by Tsunku or the UFP staff, but the idea behind it; instead of simply choosing a girl and placing her into Morning Musume for the next single, they are (for once) going to train the potential winners and then debut them in 2015 - 2015!!!

For once, it seems like the Heads of Hello! Project are using their heads, and I am actually really excited for this audition now! If anything, this is the most exciting prospect about the entire audition process. It seems like they actually care about the girls being even slightly talented in dancing or singing for the current vibe of Morning Musume (in this case, it will be dancing. Vocals can wait!) so I am rather hopeful that, when the girls do eventually debut, they will actually look like they fit with Morning Musume in terms of skill and capability.

That, and they would have probably had around 6 months of not just training, but also spending time with the other Morning Musume members, so they would possibly look like they are comfortable with the group too, as opposed to sticking out awkwardly or feeling like they have no clue what they are doing in PV's (hi, Sakura). 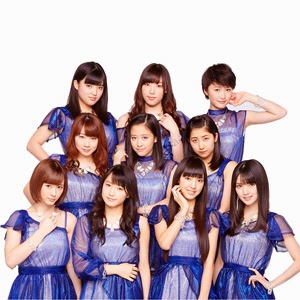 Yes, Tsunku has mentioned that he might not choose anyone and that they could possibly go to the Kenshuusei, but he would be a bit of an idiot to do that - it has worked this once, and that is mostly due to the fact that Morning Musume is currently on the up-rise instead of a decline, but to do it again would basically be stepping on hot coals; people will think that he is playing silly beggars with them and will not be happy, so I truly do think that this time around he will choose someone - in a way, I do think that it will only be one girl. But right now, who knows?

With the auditions open to 10-17 year olds, and open worldwide for that matter, I do find this to be one of the more interesting set of auditions for Morning Musume since 10ki came along. Hopefully Tsunku won't make any rash decisions and spoil the element of surprise with this one, though - when he announced Sakura without so much of a beat I was rather disappointed, so yeah... keep the element of surprise there, Tsunky!

Morning Musume auditions are predictable, yes, but you can't deny that this time the planned out process for the new 12ki generation is enticing to think about - its clever, the move is smart and it seems that Tsunku has realised he simply just can't stick a girl in the group and hope for the best; they need to be trained, and they need to have time to grow.

It's nice to know that, for the first time in a while, these auditions are being done right.