Note: All Translations are done by myself and may/will not be correct. I am NOT a Translator, but I do my best to give the general idea of what is being said. Thank you. 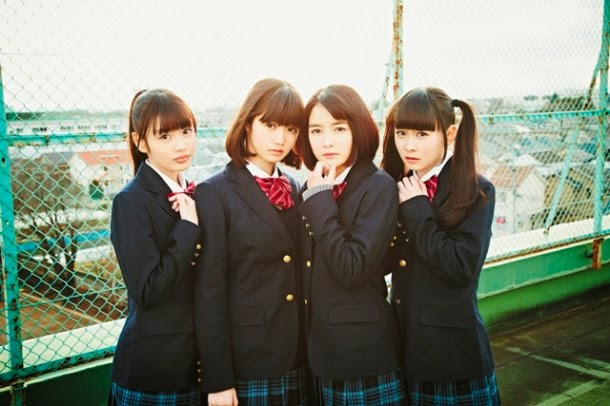 On March 23rd, the online music blog Natalie and J-Pop Idols reported that both Arakawa Chika and Aoi Wakana would graduate from the group in July. Due to the announcement, auditions will be held to find new members for the middle-school themed group.

With the sudden announcement, the two girls revealed that they would continue their activities as actresses. 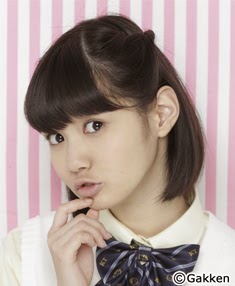 Arakawa Chika revealed that her reason behind the decision to graduate is due to poor physical health and chronic illness, and that she had reached her limit with her activities as an Idol.

"This year we have been working hard in our junior high school lives, as actresses and with our Idol activities, but recently I have been fighting chronic illness, and it has become worse than I thought. For the first time I felt limited in my physical strength, so I will not continue my activities as an Idol." 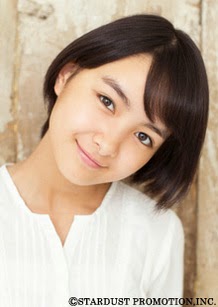 
"Thank you all for your support. I have learned a lot of things from Otome Shinto and hope to continue learning in the future so that my experience will make me stronger than before. Even after my graduation, I will do my best to pursue the image of 'Otome Shinto' and deliver my spirit through my work as an actress. challenging new things in the future through a variety of activities"


Both Arakawa and Aoi will graduate from Otome Shinto on July 5th at Roppongi Theatre in Tokyo during their Otome Shinto 3rd Live Sotsugyou Soshite Hajimari no Uta.

That would be a pretty accurate description of how I felt when I saw this news, except I actually just sat there, staring at the screen blankly with my mouth wide open, trying not to cry. I mean... I didn't expect it. I don't think that anyone expected it! Okay, so not many people I know follow the group, but seeing the news that two of the girls have made the decision to graduate is a rather big shock to the system.

... In fact, I think I'm more shocked now by this news than I was when YuiKaori announced their departure from StylipS - it was unexpected, and I want to cry! It's been a few days, sure, but I still want to CRY!!!

I mean, ever since I found out about Otome Shinto, these screaming children who I thought I wouldn't like, but ended up adoring after a few listens, I never once thought that two of the original members would leave. I thought that they would all go together, if anything, in one giant graduation the moment they finished Middle School. In fact, I would have preferred that in a sense, because these girls are Otome Shinto. I can't think of anyone else in the group, doing these hyper, weird songs filled with screams and cuteness galore! It's going to be weird to see the new girls in the group, to say the least, but I may get used to it...

If it's a case like S/mileage though, where they head down a road with no clue about their image, I'm not gonna be a happy bunny!!!

Otome Shinto were that weird, fun group that showed me the bright, happy, energetic and shrieking side to Idols that I never thought I would like, and I am deeply saddened that two of the original members are going, because they made this group what it is today, and the members are a part of the reason why I enjoy this group so much! I may not follow them as closely as I do Morning Musume, but I do adore them and think they are a great group. They had something special about them, so to see two of the shining girls of this sweet group leave is saddening.

For both Arakawa and Aoi, I do wish them all the success in the world as actresses, and for Arakawa I truly hope she gets better soon. Otome Shinto will not be the same without these sweet-faced girls and their amazing ability at dialogue in songs, but as long as they are happy, I think that is all we can ask for as fans.

Now, time to cry into my pillow as I listen to their graduation single, Sakura Countdown. WAAAAAH!!!!! ;______;