Fukuhara Kyoka to Withdraw from her Class in Houkago Princess

Houkago Princess is one of those indies groups that never stops changing. Much like AKB48 and its sibling groups, HouPri seems to lose more members than it gains, and once again another member has announced her withdrawal from my favourite indies unit. 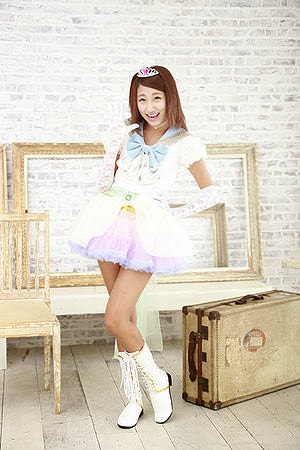 Fukuhara Kyoka, the girl who could not yet decide her position within the group, announced that she would be leaving the group after suspending her activities with the group back in December. The decision was made based on family circumstances after she took time away from the group.

Here is the English translation of Kyoka's blog post, kindly translated by Steve from Selective Hearing.

Long time no see, everyone.

I haven’t posted anything in a few months since I’ve been off from my activities, I’m sorry.

I’ve had this time away because of my family circumstances, but I’m afraid that now I have to withdraw from being a Houkago Princess cadet.

It was really hard to sort out my feelings and come to this decision, and it made me feel very uneasy about the future, but I didn’t want to say anything official about it without being completely sure that I wanted to quit. I’m really sorry for making everyone worry so much.

I really wanted to dance on many more stages and continue improving to become a full-fledged member faster than any of the other 5th gen cadets. I’m sorry I couldn’t uphold that promise to everyone.

However, I’m really happy to have met everyone! Even though it was a very short time, I’m thankful for all the support I got. I’ll remember you all for the rest of my life.

I can't say that I didn't expect this, because in all honesty I did. When I saw that Kyoka had stopped updating her blog in December, I actually thought she had already graduated, but to see the confirmation now, well... it's sad, but I am also a little happy to see that she wrote out the post for her fans so that they knew she was going, rather than keeping it quiet and letting the staff explain that she had left.

I am sad that Kyoka is leaving, I really am, because she is a beautiful girl who was cute to look at, but she wasn't my favourite. I didn't see enough of her or read too many of her blog posts to learn more about her, but knowing that she will leave the group this month is very sad and yet another giant loss to HouPri.

All we, as fans of Houkago Princess and Kyoka, can do right now is hope for the best for her. Who knows? Maybe she'll do what most other HouPri girls have done after leaving the group, and join a new Idol unit or possibly become a gravure Idol? Only time can tell... 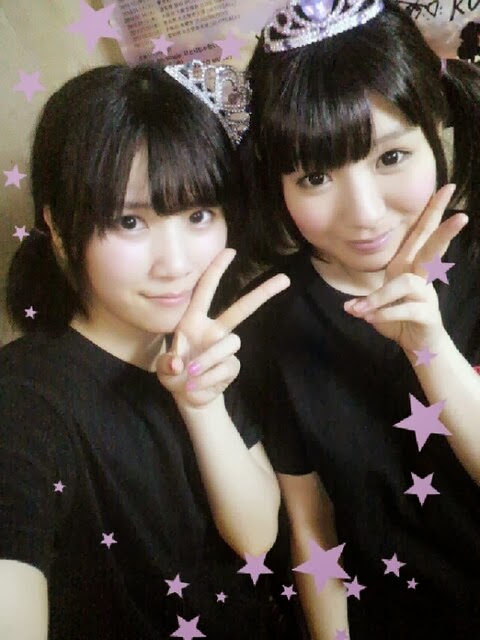 Below is a rough translation I took from Google Translate. Apologies for how bad the translation may be.

For personal reasons, the 6th stage Apprentice Candidate Kawamura Shiori proposed to withdraw from the group on February 15th. She was here for a short period of time, but we thank you warmly for your support.

This news was more surprising, as I actually didn't know about Kawamura Shiori until I found out that she had graduated. However, I have learned that she became a part of the group around February 2nd, making her tenure in HouPri one of the shortest at just 13 or so days within the group. Strange, I know.

I can't say I have many feelings towards the sudden withdrawal announcement other than that I wish I had known about her beforehand... however, knowing that she has graduated is still rather sad to think about, but given she left for her own personal reasons, she obviously knew that being a part of Houkago Princess was just not for her, and I would rather a member leave than be miserable within the group they are a part of.

Both of these announcements were rather surprising in their own ways, and of course we as fans do not want a member we adore to leave the group we like so much, but after reading that Kyoka would leave the group and confirming my own suspicions of her departure from Houkago Princess, I have come to realise that I have now gotten used to the fact that HouPri is one of those groups that loses members all the time, and always be like that. I know I follow groups like AKB48 who always lose members, but they are members I have no clue about most of the time, or a group like Morning Musume who have the graduation and addition roster where we always have new members coming in and old ladies going out, but typically these groups don't lose a member every 2-5 months like HouPri do. I find that it's sad for me as a fan that I have become so used to HouPri's alarming drop-out rate, but even if I don't like it, I know that in general no girl will stay an Idol forever, especially if you belong to an Indie Idol unit like Houkago Princess.

This is the way the Idol industry works sadly, and whilst I am unhappy to see Kyoka go after being in HouPri for such a short amount of time, I do feel that it's better if she leaves the group now when she knows she needs to leave, rather than later. It's also easier for her to leave the group now as they are still only indies, which is a positive for any member of a group leaving for whatever reason, but it's still sad to see that she won't be there any more.

Kyoka was such a sweet looking girl, and I was really looking forward to seeing her become a full-fledged HouPri member with Riho and Marina, but that day will never come, and that is one of the saddest parts about her departure from Houkago Princess...

Good luck Kyoka, may you find what you want to do in life, and may you be happy and healthy.