Morning Musume - The Ambassadors of the 2014 Japanese Olympic Team!

I was originally going to go to sleep, because I am currently fighting tiredness and illness right now, but I saw this news and I just had to write something... so here we go! KYAAA!!! 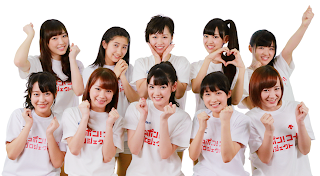 There is also a goal behind the idea of the Nippon! Call Project, where the team hope to collect the voice of the supporters. With the application, which you can find through iTunes Japan and for the Android as well, you can give our name and scream 'Nippon!!!' into your phone. The screams and cheers of the supporters will be collected like this, and transferred to the Japanese Sports Team. 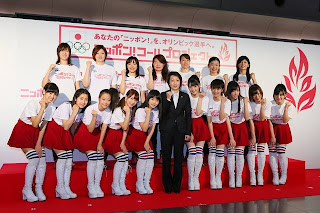 I am SERIOUSLY happy right now! This is amazing news, it's like... IT'S SO WONDERFUL AND HAPPY AND COKSNDKDNVJKNVJKNVJKD THIS IS AMAZING!!!

I didn't think this would happen... heck, I never even anticipated it! I know some people were hoping for it, and I thought it would be nice, but I didn't really put much thought towards it... AND YET IT HAS HAPPENED! Morning Musume, who have worked so hard to climb back up to the ranks of being recognised again and trying to make a new name for themselves, stepping away from their past and the shadows they have had to grow up in, have become the Official Ambassadors for the Winter 2014 Japanese Olympic Team! What's more, they are singing a song specifically for this event! This is amazing!

This is wonderful news, absolutely amazing! It makes me so happy! First they are able to commemorate 400 episodes with J-Melo, as well as sing a special song, and now this... it's so amazing! These girls have come so far now, and they are just continuing to prove themselves more and more, and it makes me so so happy as a fan... I am so glad that they got this, because Morning Musume do really deserve it. Any group deserves it, they really do, but Morning Musume, who have been around for around 16 years and are still going now, are as strong as ever! They are just continuing to prove that they are a phoenix rising from the flames, continuously coming back to life and showing us that they are here still, and just as bright and as amazing as ever...

And I hope that their son is amazing! And filled with cheers! AND AWESOME!!!!

... Morla of the post: Chiima is happy, and I bet many others are, too!

Now, it's time to go to my sister, see if she has heard the news, rejoice a bit, then sleep and try to get better...