The Issue With Berryz

All opinions within this post, and on this blog in general, are my own and no one else's. I know that my opinion is not favoured by most people, but it is my opinion and this is my blog, so please respect it, and I will in return respect yours. Thank you.

For a while now, I have wanted to write a post on Berryz Kobou and my feelings towards the group; You do not have to agree with what I say, you do not have to even read what I put, but if you do, just tolerate what I am writing. This will not be a favourable post with many people, but that is life, and honestly, I am not here to write what everyone else wants me to write, and that is that. 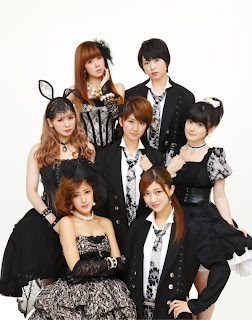 I think that it is pretty safe to say that I am not the biggest fan of Berryz Kobou, and honestly, I make it very obvious that I don't care about them. Whether it is in my Digests or other posts, I make it aware that this group is so low on my list when it comes to most idol groups, and that I really can't be bothered to follow them sometimes. In fact, the only reason why I seem to tolerate the group right now is because they are in Hello! Project. That, and I have been waiting for a while now for this group and management to get their act together and produce something great, and to possibly look like a group again.

It's not that I don't like songs by Berryz Kobou or the girls themselves, because I do. Individually, the girls are wonderful. I have a particular fondness for Chinami and Yurina as we all know, and I have recently started to enjoy Maasa and appreciate how beautiful she is. Risako has also started to appeal to me more once again as of late, which is... weird. Concerning the singles that the group has released, I think that there are a few stand-out A-sides that have been released, but as a whole, I find that the group is an utter and complete mess right now.

Actually, the group has been a mess for a while now, probably around the time Heroine ni Narou Ka! came out. For some reason, after all their Anime songs were finished and the group were once again being given music that wouldn't be promoted alongside an animation, the group seemed to go downhill for a while. The strange thing is, it wasn't the music that was going downhill, but the group itself. It seemed like the girls no longer connected with each other, as if they had all grown up suddenly and became bored with their group mates. Watching the PV's as of late, it has become painfully obvious to me that all of the girls have gone in different directions, and don't seem to care about Berryz Kobou any more. Heck, the only one who does seem to care about the group is Shimizu Saki, and possibly Kumai Yurina, but that's it. The rest of them are clearly bored and done with the group. 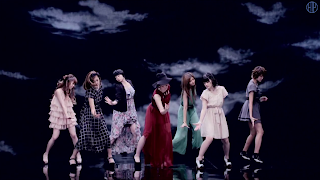 I mean, looking at the group now, it just looks like a bunch of girls have been shoved together and told to perform and look pretty, and it's very awkward watching them sometimes... especially when they are told to perform a song that is 'sexy' and 'mature'. Most of the time, the girls look bored and uninterested in what they are doing, and other times, it's horrible to watch them as they try and pull off a more mature and sexual look to appeal to the fans watching the videos. It's not just their images that don't fit with the theme they are going for, but also their emotional impact towards the song. There is no emotional impact if you ask me, and I don't think that the members being so disconnected from each other helps, either.

Also, I think that their images don't help them much either. Especially Tsugunaga Momoko. 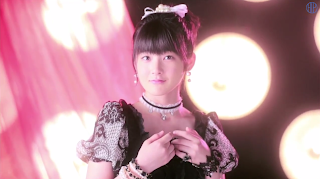 I think we know how I feel towards this girl by now, especially her character 'Momochi'. Now, I don't hate Momoko. In fact, she is a very good singer, one of the best in Berryz if you ask me, and she is very smart to take on such an annoying persona and make it popular, and also to be able to suffer through the torment she goes through from comedians and hosts. The thing is, it is very obvious that she does not suit Berryz Kobou... or at least, not now. Maybe a few years ago, back when they looked good together and were still young and genki, this persona would have still fit, but right now when the group is trying to promote a more mature and sexual Berryz Kobou, she sticks out like a sore thumb. Tsugunaga Momoko looks like a kid among women, to put it bluntly, and most of the time she ruins the serious nature or the mature tone of a PV with how she looks and acts, which isn't her fault, because you can't help how you look, but for me she ruins a PV because of what she is wearing or how she is acting in the video. Her voice fits the songs sometimes, (not all the time) but when it comes to her image, she really does spoil the mood of a video and makes it awkward to watch.

To be completely honest with you, Momoko is probably the only reason why Berryz is still around right now. She's the only one who has real popularity outside of the group, kind of like Sayumi when Morning Musume was still in its rut because promotion sucked and the group were boring and running dry, and Momoko is doing very well for herself I believe. I honestly think that Momoko, as she is now, should be given a solo career within Hello! Project. She's the only one in Berryz who has the talent and image to do it if you ask me. She also has the drive to promote herself which helps, so she should really just quit the group and become a soloist. That would honestly be the best thing for her, and I would possibly pay more attention to her if she did that, too, but as a member of this group... well, she annoys me, and she looks like she should be in S/mileage, not Berryz. 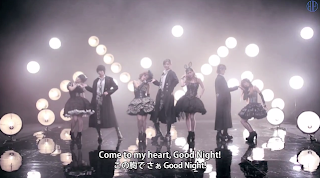 Other than Momoko though, the rest of the Berryz members don't seem to know where they want to go, whether it is in the PV or outside of the group. They don't mesh well together, and most of what they do looks awkward and forced. There is no group chemistry there at all, and whilst their songs sound pretty good (I swear, Motto Zutto is pretty much perfect for a Berryz song) the group itself is just one giant hot mess, and I don't see why Tsunku or UFP want to continue promoting them when the only thing that I (and others) can give them credit for is Momoko's great promotion of herself and Berryz, and some of their music. The group is on a very thin thread right now, one that is breaking ever so slowly, and I think that the promotion they are getting now is only there to try and salvage Berryz to see if they are still worth keeping together as a group, and not as individual members or singers.

In my opinion, I think that Berryz going to Budokan will probably be the deciding factor for whether or not UFP will keep them; I mean, I think the girls will have a good amount of fans come to see them, but I doubt they will sell out like C-ute did and gain a day two at Budokan. They aren't like C-ute, who undeniably came together so well after the graduation of Erika and proved to be a force in Hello! Project, and Berryz don't have that saving factor that Morning Musume and S/mileage have where they can add new members to revive the group - they are just one group with one set amount of girls, and it just so happens that those girls grew up and possibly lost interest in being idols, or lost interest in each other. It's sad, but it's true.

Unless Berryz comes together as a group again, one that meshes well together and where the other members genuinely like each other, I think that they should disband. Currently, they are in the spot Morning Musume were in a few years ago before the mass graduations and auditions happened, but like I said before, Berryz don't have auditions, but graduations are still an option, too; if the group happened to lose a member, possibly a lead vocalist, I think that it would refresh the group and probably be a good thing, but after being together for so long without any change in lead vocalists or line-up, it might also jeopardize the group. Who knows? Either way, Berryz is in need of a change, (and not a musical one) or they need to disband, and honestly, I don't even think that one member leaving will do much to save how the group works together, though it could possibly help their image a little.

I don't hate Berryz, I like their music enough to continue caring about them a little (being in Hello! Project also helps) but I think that they are past their sell by date... they need a wake up call, or they need to disband, and honestly, the latter would be the most preferable choice for me, because Berryz have truly become boring.

So, to summarise: Disband Berryz, make Momoko a soloist, and also, revive Buono! That's the logical step in my opinion, because damn, at least Momoko and Buono! would make money and be promoted for their talent and group chemistry.