Now, a year later, she has truly blossomed into one of Morning Musume's Star members, with an incredible voice, a growing personality, and better hair. Only a year has passed, but many more are to come for Oda Sakura. So, Sakuranbo... Happy 1st Anniversary! Keep on being incredible, and never stop singing! We love you <3 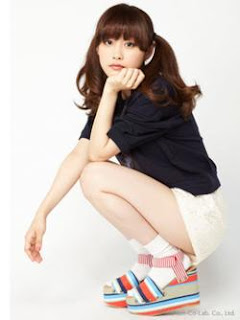 27 years ago today, Takahashi Ai was born. She became a fifth generation member of Morning Musume, and then went on to become the leader in 2007. For years she had become the face and voice of Morning Musume, leading the group with love and kindness, before graduating in 2011 when she finally felt that it was time to pass the baton to a new generation of Musume. Even now, she is an idol to many, and she still has many wonderful fans who love her voice and wish for her well-being.

It has been almost two years since Takahashi Ai graduated from Morning Musume, and it has truly evolved into a new, rather unrecognisable group, but Takahashi Ai herself has become a matre, strong young woman, and an amazing actress. Takahashi Ai, Happy Birthday! 27, but still an Idol and someone that everyone can look up to. Here is to many more Idol years!!! Kampai!!! 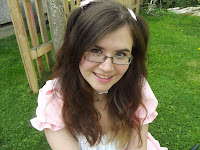 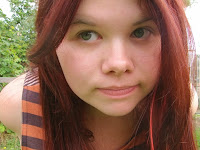 Of course, 21 years ago in September of 1992, I was born on the 14th. Then, a year later (20 years ago :p) my younger sister was born on my first birthday. She's my best friend, and I am her annoying older sister who acts like I am the baby of the family, not her. We have been together for a long time now, and we share a lot of interests with each other, such as a shared love of Hello! Project (It gets a bit annoying when you find you have the same Oshi's, though >____>) and we both enjoy Anime and Manga, and also we love Harry Potter <3 I know that, for some people, having an older or younger sibling, especially one who shares your birthday, is annoying, but I enjoy sharing my birthday with my sister. I love her a lot, and I would be lost without her.

September 14th is a great day for us. Sure, I don't want to 21, it scares me, and I have been in a foul mood today, but I am happy that I share it with my sister, with Oda Sakura, and with Takahashi Ai. My birthday is special to me, and whilst it may mark another year of growing older, it also marks another year with my sister, which is wonderful if you ask me.

So, omedetou Oda Sakura, Happy Birthday Takahashi Ai, and Happy Birthday to my sister and, of course, myself~ It's weird being 21, but hey... I can now legally drink in America ;) WHOOP WHOOP!!!!

Until next time though~