Please do not take my opinions to offence or take them seriously; my opinions are my own, not yours or anyone else's, and so you should only read if you have an open mind and can take on another persons opinions with a bit of humour, or knowing that it does not effect how you feel about the group, song and/or PV mentioned in this post... Or something like that. 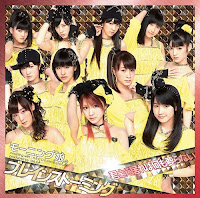 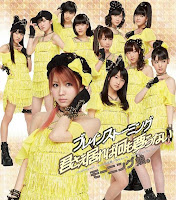 I was completely happy with Brainstorming as a PV, you know? So happy that I was actually anticipating how awesome a certain Kimi Sae Wah Wah would be despite the Flapper Pyoko dresses they were adorning. I mean I like the song, so with the epic PV that was Brainstorming, wouldn't this PV be just as epic? 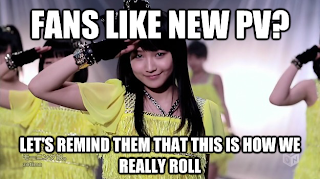 ... Yeah, fuck that shit, UFP are still the ass wipes we know and dislike greatly. 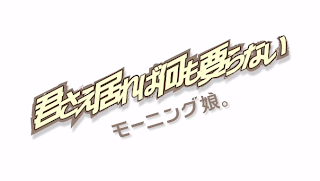 Now don't confuse my reaction to the video with how I feel about the song itself; I actually like the song and find it extremely enjoyable to listen to. In fact I love it, probably a lot more than Brainstorming. Why? Because it reminds me of rave music, and back in the day (when I was around 11, lol) I used to rock out too rave music at my computer desk, a few years before I found Jpop. I blame my brother entirely for this, of course; he loved rave music, and he got me and my younger sister into it, so hearing a smidgen of Rave-esque sounds in Kimi Sae Wah Wah is really nice. In a way, the song is subtly nostalgic.

It still has its problems, though.

One of my major issues with the song is something that you will either like or hate with a passion, and that has to be the harmonising lines. Really now? Why not just give the leading girl in these 'duets' the full-blown solo? Harmonising, when done right, can sound amazing, or extremely grating to the ears... and that was a problem I had with Riho and Sakura's duet from a Help Me!! b-side. Sadly, harmonising is used once again...

thankfully it's pretty tasteful here, though Sakura and Ayumi's harmonising duet sounds quite horrible to my ears. But seriously... if you're going to harmonise, do it with girls who have voices that compliment each other, and don't make it seem like one girl is singing the whole damn line. It pisses me off.

Other than that, though, I do like the song. It's catchy and quite pleasant to listen to in my opinion, and I love attempting to sing along to it. Note, I said attempt.


Taking a look at the PV itself, I'm not kidding when I said I was really looking forward to it. Brainstorming was basically the cherry on top of the cake for me, so my expectations for this after finding out that I enjoyed the full song were pretty high. I was ready to cast away my judgements of the original PV preview and prepare myself for more awesome, only to find that someone had stolen the cherry off the top of my cake and replaced it with marzipan.

I fee like I was a lot more disappointed with this PV when I first saw it than I am now when I take a look at it; there are things that I don't mind about it, but I also feel like this is a let down as well. In fact, when I first watched this I couldn't help but think 'Wow, this is just as disappointing as The Matenrou Show was', and at that point I also thought that this was pretty much what The Matenrou Show was around the time that the single came out.

Both PV's are essentially just dance shots with curtains in the background, however this single seems to have a better budget because the girls are wearing different dresses, and they managed to spruce up the set a bit in order to differentiate it from the Brainstorming set, thank the Lord.

... Actually no, wait. This is basically The Matenrou Show's successor. Both have curtains, a dance shot and lights behind said curtains. The only difference is the number of members and the change of costumes.

Another thing that irked me greatly with this PV, other than the lack of an interesting variety of scenes, was actually how bored and uninterested everyone seemed in this video. Granted, Riho, Ayumi and Reina sometimes looked like they were having a good amount of fun, but that only happened when they had solo lines. In the dance scenes where they didn't sing, they looked bored and uninterested like everyone else did.

Also, has anyone else noticed the daggers that some of the members are giving the camera's? Eripon especially. 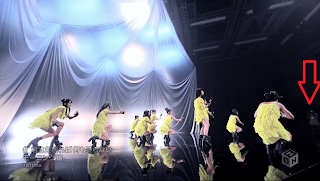 Just pointing out the editing fail present in this PV. Maybe once the video is up and running on Morning Musume's youtube channel, they will have removed it and possibly given this PV a bit more variety and maybe even a storyline?


That's another thing... what the fuck happened at UFP headquarters? I mean looking at Brainstorming all you see is this beautiful, glittering (thank fuck it doesn't actually glitter) beacon of awesome... and then there's this. You would think that they would pull out all the stops for Reina's goodbye single, right? RIGHT? I mean yeah, the costumes are pretty bad to look at if you aren't into flapper styled costumes, and even the set is a bit half-arsed, but you would think that they would give more to the PV.

Because let's be honest here, not even the dance is that good for this video. Brainstorming was quirky, and even The Matenrou Show had something fun about it that made you like it, regardless of how lazy the set and costumes happened to be. But this?

I would at least expect more because the dance isn't that great, and also: IT'S WINKY'S BYE BYE SINGLE!!!

I swear, this was all that was going through UFP's head at the time they were creating the video: 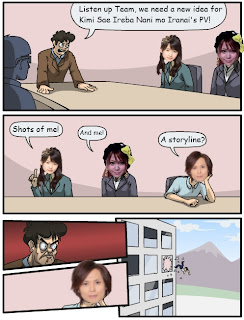 Or maybe Brainstorming was an early April Fools? Like HA BITCHES... we're not really that awesome.

They're probably watching me cry right now, guys, because this is an awful 'PV'.

Actually, thinking about how 'half-assed' this video is... maybe it's a tribute to Winky in all of her half-assed glory? I mean we all know that she half-asses the dance in any PV now, so maybe UFP decided to tribute the entire half-assed video to her half-assery. 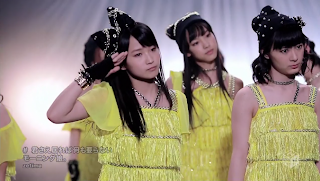 And this is how bored we feel watching this video right now. Thanks for showing me my exac expression as I sit here watching this, Spoony.


I can't get over how much of a Gremlin Reina looks here.

Okay so joking aside... this PV is basically a dance shot (and not even a very good one) with plenty of Reina and Riho shots thrown in there, and maybe a few others, but that is pretty much it. Of course we also have different ways of panning the shots which makes it a little more interesting... but it isn't enough to make me like it any more than the little I do right now.

This PV, overall, is boring. Downright boring and uninteresting to the core, and probably one of the more unflattering PV's that UFP have given MoMusu. I have no idea if it's the lighting or the costumes, but whenever I see some of these girls (Reina and Sakura especially), they do not look as pretty as they usually do. That is not me being a bitch or offensive or whatever... that is how I feel about the girls when I watch this PV, and whilst I applaud UFP for shoving Sakura down my throat a bit more in this video, I would rather they do it in a more universally flattering PV and not this video, because no... this is not a flattering video.

Bottom line, no, I don't like it. It's just a dance shot with zooming camera's, and it's so half-assed that even the girls don't like it unless they get a solo line somewhere in the video... and even then their happiness is half-assed. That is how bad this video is to me... and only me. But I do like the song, and listening to the song makes up for how crap this video is. 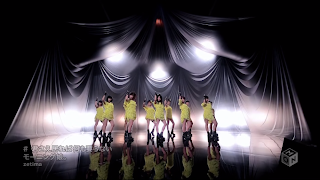 I have no idea how I managed to drag this post out, but yeah... this is the downfall of the Brainstorming/Kimi Sae Wah Wah single for me, and it is just the PV. The song is freakin' awesome, but the PV just ruined it. I have no idea what happened with UFP, maybe their budget was blown or something, but it seemed they went from awesome to absolutely... well, crap, in less than a day when the two PV's were released, and that makes me sad face a little.

But still... the song's good. I just wish that this PV had more than unflattering close-up shots (and not even everyone gets a close-up, it's pretty much just Sakura, Reina, Ayumi, Riho and probably someone else) and a dance shot.

Urrrgh... I need to shut up, or I will re-rant over this entire video.

Fuck you UFP... you dashed my dreams and stole my cake's cherry. Douche bags.