This is a pretty quick post, one that should really be in the Digest section of things but I want it here cos'... I just do. Anyways...

A preview for Morning Musume's song, which will be on their next single (sadly, I hope it isn't the effing A-side...) titled Kimi Sae Ireba nani mo Iranai has been leaked, so we can all watch and, er... enjoy I guess.

Now this is only a preview, so whatever I say you can totally ignore and pretend I never even said it, but from the preview I know this; the song bores the crap out of, those costumes are hideous and I pray that this is the second A-side to what we all think will be a double A-side, because so far, I feel that it sucks.

It's too high; I don't want the Winking Squirrel to literally go out on a High note with her graduation single; she sounds bad ass in Brainstorming, and I want to keep it that way... then again, that's just me. We all have different views on Winky.

Luckily enough (or not) this is only a preview, so hopefully the full song and PV will be better? Here's hoping.

Also, as many others have said; those costumes are from Pepper Keibu. I also had a strange Ambitious! Yashitenki de Ii Jan vibe when I first watched this preview. The thing is, Yashitenki is pretty good.

Really though, all I can do right now is hope, pray, cross my fingers and toes and possibly even meditate to the Gods and Lord Gaki herself that this PV will have a little bit of interest in it, and not just those eyesore dresses and Reina's Squirrel voice...

Hell, even Sakura sounds terrible in it; it is THAT BAD!!!

When I saw that the intro was posted to youtube for the CC concert, I was happy; I wanted to see how everyone was introduced and how they had done the opening scene. Despite the tacky costumes they had I did anticipate it.

Holy Gaki and Takahashi Ai as well, what the HELL was UFP thinking when they saw this pictures? I bet it was 'A hurr durr HUUUR YEAH SO GOOD, HUUR!' because seriously, if that picture came through my e-mail inbox and I was asked to evaluate it I would say 'FIRE this editor, they clearly do not know how to use Photoshop.' HELL, even I can do a better job than they can... In fact, all Idol bloggers can do a better job than professional editors (or as professional UFP can get) when it comes to photoshop, I mean come on... LOOK AT IT!!! 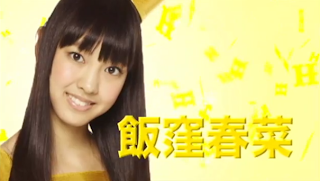 Haruna's fucking ear has been bitten off!!! Do you know what that is? That's a slip up on Photoshop, where you accidentally go astray and think 'fuck', then thank whoever made Photoshop or computers for providing the 'undo' button. Do you know what this editor did? They didn't do that, possibly because they had been doing the erasing all in one go. Well buddy, guess what I do when that happens? COPY AND PASTE THE EAR!!! 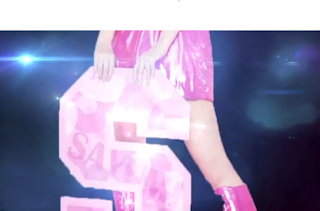 And it happened again, but to Sayu's leg/boot. WHAT. THE. HELL! Did Reina get hungry and start gnawing on her or something?

And look at the state of Eripon's HAIR!!! My God... Heck, I can even see white around her arms that was not erased properly,,,

Even in the video you can see how jagged the girls' bodies are from the terrible job that the editors have done. Seriously, we thought the covers were bad; this is worse.

This is shit. Please, fire these editors and get, oh I don't know... DECENT ONES!!!

... It's weird how this rant post is related to photoshop skills, but seriously, NO!!!! You do not do this to a group, no matter how cheap and/or dirt poor you are!!!! ARRRGH!!!

Right, where's my gun? I need to go and visit UFP and get rid of some editors...