Ripping into Berryz Kobou's 'Asian Celebration', or what I call OTT.2

Opinions make the world go round, I just vocalise mine more than others.

I haven't bitched in a while... Okay I have, but thanks to enjoying Nogizaka46's latest song and PV, I need to bitch! Say hello to Asian Celebration, my latest bitch-fest! YAAAY! 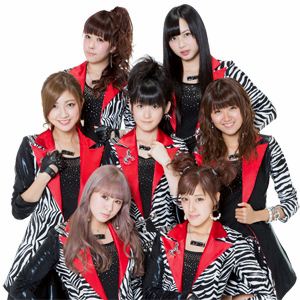 I have a feeling that, once again, I will be a part of the minority when it comes to my opinion on this PV; most of the time when people love something, I'm the indifferent one, the person who slanders it to high Heaven and never enjoys it. Maybe I just have a weird personal taste, but from the comments I have seen (This is the BEST BK PV EVAR!, YAAAAY BK etc etc) it seems that yeah, I'm going to be the one to stomp on everyone's parade. 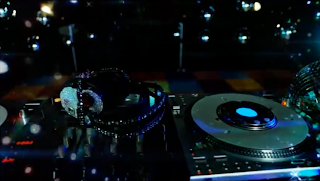 Now whenever I read the comments to a PV I don't necessarily like, I tend to think 'What are you guys on? How is THIS even remotely good?'... and then I remember that I am a minority compared to many others, and I will be the weird one in this situation, but it is how I genuinely feel and think at the time. Of course I have been thinking this about Asian Celebration because, whilst there is praise, I think that for a Berryz PV this is typically average and boring, so how can this be considered even a little good, or worst of all, the 'best' Berryz PV in H!P history? Please, tell me, in fact enlighten me on this one.

Okay, opinions are for everyone and all, but I actually wonder how this is any different from, oh I don't know... One Two Three? It has the same concept (close-ups, a different sort of close-up that sticks out (the model poses for OTT) dance shot... SPARKLES!) and the same feel as OTT in my opinion. The only difference is that Asian Celebration has a decent backdrop and uglier costumes. Actually, it feels just as cheap as OTT does, and that is not one of H!P's best music video's,  so really, how is this one the best? Is it because it shows off the girls and their maturity more or because the girls all actually get a good amount of screen time and lines and Momoko looks half-normal?

I have no idea, really I don't.

The saving graces of this entire music video

In fact, I find this video quite boring, give or take one or three girls in the entire video. I found quite a strong liking for Risako throughout this video actually, and of course Chinami, who became the two saving graces of their entire video. The way they looked and worked the entire song was wonderful, though sadly I was also blinded by stupid amounts of glitter and sparkles and disco balls... 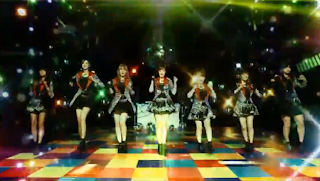 Speaking of Disco balls, I have another beef with this song as a whole (and the video). It's called Asian Celebration, but honestly where is the hint at Asian culture here? When I heard the title I half expected Kimono's, Yukata's, ninja costumes... anything to hint at celebrating Asian culture. I was hoping (praying, even) for modern day Kimono costumes that showed the modern day Idol and cuteness, but instead we get tacky Zebra patterns that would make PETA cry and a Disco theme to fit the tone of the song.

Okay, so maybe fitting the tune of the song with the PV was one of UFP's better moves, but still... this song would have made more sense if it was called Zebra Celebration or Berryz Party, because isn't that what the song basically represents? The Celebration of Berryz being together for so long and still being around in H!P even though they are the oldest group in H!P right now?

Urrgh, thinking about this song and why it's named this way is giving me a headache...

The song itself is actually all right; it has room for me to like it (thank goodness) and whilst it's like every other Berryz song in terms of how boring and uninteresting it sounds, to me at least, it's helluva catchy and pretty damn fun to listen to. It has that quirky, 90's, cheese disco sound to it that I am quite fond of and also seems to give everyone a good amount of screen time, especially Chinami and Maasa. I was quite happy with that.

Sadly, Shimizu still sounds like she sings through her nose and Momoko is infuriatingly terrible in some parts, though not as bad as other songs, I assure you. 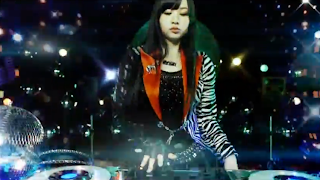 Speaking of Miyabi... fire her stylist, please. That is some ugly-ass hair. 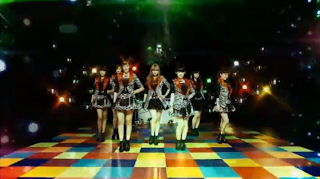 So reflection of the entire video;

It's okay, but it is certainly not one of the best H!P MV's in all of Hello! Project History. It's fine, but it's boring and just average. It has horrible costumes, a regular set-up, an okay dance, a catchy tune and a butt-load of stupid sparkles that remind me of One Two Three... in fact, this is OTT.2 by Berryz Kobou, if anything, because there is no way that this video celebrate being Asian or Asian culture. If anything, Cha Cha SING celebrated Asian culture better than this song and video did.

It's tacky, but it can be somewhat enjoyable... however I will continue to question how people can think this is the best BK video ever, because I have seen better. If anything, this is just a throwback to 90's Disco's and how tacky they were.