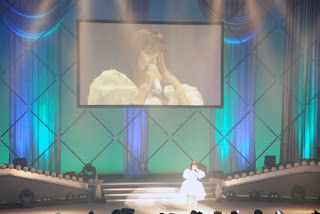 It kind of just hit me hard that today, February 23rd 2013, Mano Erina has officially graduated from Hello! Project as their sole soloist. I know that I've told myself a million times it was happening this February, but even now after she has graduated, it still feels like it hasn't happened.

I think that when it came around, I just put it to the back of my mind because I didn't want to upset myself, but after seeing the article on Tokyohive and hearing that the last song she sang was My Days for You, I really can't say much other than that I had finally realised that this was it, the graduation of Mano Erina, her grand Finale as a member of Hello! Project... and to be honest, I did not expect reality to hit me so hard because no matter how much I love her, Mano is not my Oshimem.

All I can say is that I feel like the Graduation itself was too sudden, too close to her improvement as a singer and performer. I wish she had stayed on a year longer, because there has already been so many departures already from great singers and performers in Hello! Project before her. I think that it's pretty overwhelming actually; so much has happened in the past 4/5 years in terms of graduations and change within Hello! Project, and Mano's departure only adds to that. I feel sad not only by this overwhelming amount of change, but also the loss of a great act within Hello! Project.

That said, I am happy that Mano was able to graduate successfully and bring her fans a great, final performance as a soloist of Hello! Project. Hopefully those who joined her in her graduation treasured the moment and dedicated themselves fully to being her fans in her final performance. Now all we can do is hope for a great future for Mano Erina as an actress and wish her luck in her future endeavours. 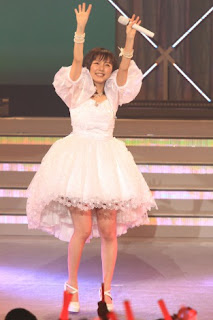 And now my darling Chimians, it is time for me to run away and cry as I allow the thoughts of Mano never appearing in a H!P PV again take over my brain... -sniffs-