Tolerate my opinion, and I will tolerate yours. Don't hate because people have their own minds, kay?

Guess what has returned? That's right, my unfinished Request Chronicles! They are back, and this time, it's getting a little bit steamy in here with my next PV... 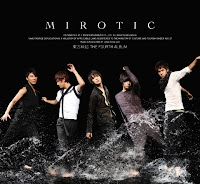 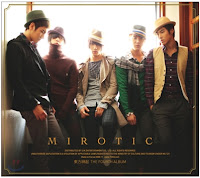 Here is some territory that I rarely venture into; K-pop and Boy bands. Yes, for the PV Request Chronicles I do happen to jump out of my comfort zone and venture into greener pastures, but even my own time I rarely look into other groups (not that others have tried to get me into a certain SHINee group...) that I have little to no interest in... but I'm trying, and the Request Chronicles do help me. A lot.

That aside, yes, I am once again taking a look at a K-pop boy band with NyNy's second request, a song which could not be any more different to what she first requested. This time she has requested that I take at DBSK and their 2008 song, Mirotic. I would also like you all to know that I am having a hard time trying to not say Milotic, because damn, they are scarily close!

PokeFreak aside, Mirotic is the PV that I will be taking a look at today, and let's be thankful that it's the PV I am reviewing and not the song, because let's be honest here, that song bores me, but the video totally saves it. Again, let's be thankful! 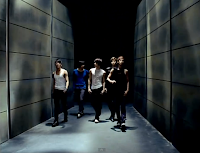 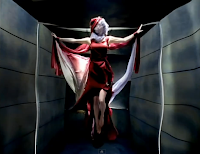 Now, it's pretty safe to say that Mirotic as a video is very sexual in how it is presented; not just by how the guys look, but by how everything is played out and organised. So, for those who aren't too keen on sexual video's or sexual references, please turn away now and blacklist this video, because it's full of them.

Again, I am glad that I am reviewing this PV for the video itself and not the song, because where the video lacks, I find the song does justice. For reference, just look at the above screen cap! Delicious torso's galore! I honestly was not expecting this when I started the video, but boy am I glad that it came up! Hello, men!

And thus, the sexual antics of this PV begin, and not just with the wonderful amount of un-buttoned, unzipped shirts or blazers, either... 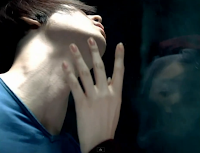 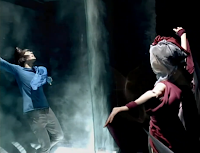 Of course by sexual, I mean in a 'safe' way, one where shirts aren't ripped off or body parts are shown. No, it's more like the video represents a darker side to a relationship, one where the woman is extremely dominating and has trapped her lovers in her own little web, toying with them like mere puppets that she can control... That sort of sexual relationship.

The more you watch Mirotic, the more you realise the meaning behind the video and the sexualisation it has, and honestly? This video reminds me of Goto Maki's Eyes. (Which is an epic PV, by the way.) 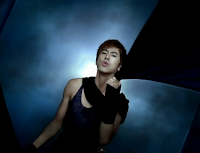 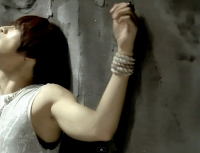 There are plenty of scenes in this video that hint at the woman being the dominant one in the relationship; ropes binding one poor man to the wall, lazers controlling another, the fabric holding onto one of the other members, and two of them being trapped in either a glass case or a immersed in the water. All of scenes show how dominating the woman is and the amount of control she has over these men, pretty much showing the viewers that she has these men trapped into doing her bidding like the puppets that they seem to be.

It's pretty dark if you think about it, but a really cool concept to toy with. 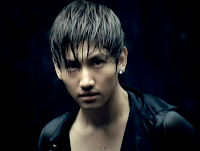 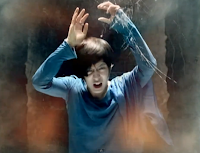 But the video does have what seems to be a happier ending; the end result is that the men break away from their binds, eventually teaming together to ultimately confront the woman who has been holding them captive and thwarting her afterwards, showing their strength and how they were able to overcome her dominating traits and basically controlling their own thoughts and desires.

Again, a really cool concept to toy with, and one that I think DBSK were able to capture really well without overly sexualising the situation by taking their clothes off... or at least, not all of their clothes if you think back to the dance scene... 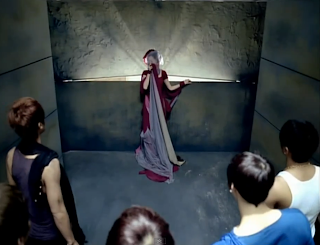 Wow, this is more like a breakdown of the video and now a review... but honestly, I really don't have much to say about it other than that I like it, and it entertains me so much more than the song does. I found that the sex-fueled scenes were well thought out and wonderfully done, and showed a darker side to a female-dominated relationship nicely. It's quite a dark video to watch and steps over a barrier that some people won't be confident with going over. Is it too sexual to watch? I don't think so, but I do think that it can make people feel uncomfortable if they realise what the scenes are hinting at, but really... what boy-crazy girl would care when there are topless men dancing in front of them on a computer screen?

Exactly.. none. But the sexual meanings are still there from the various shots shown of their arms, necks, torso's... the body parts that are seen as somewhat sexual or sexually invigorating (muscles, etc).

It's a good video, and it interested me. Too bad the song is pretty damn boring...

Now if you will excuse me, I need to go find the guy in the water and basically trap him in a relationship or something...