So Long to 6 Minutes of My Life. What a Waste

All I can ask for is that you at least tolerate my opinion and/or my negative views on this PV. You do not have to agree with me, and I do not expect you to think my opinion is the right one. Also I expect a lot of hate from AKB extremists for this post. Well my opinion is my own yaddy yada yada. Get over that hurdle and accept that people have their own minds and thoughts.

EDIT* I suggest that everyone wait for a higher quality version - you will get a better reaction than what I did by FAAAAR. 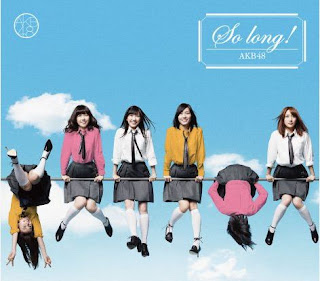 I like AKB; I actually like them a lot, believe it or not. I've recently come out of the phase where I feel guilty for liking them and whilst I may not care for their PV's or songs like others do or even criticise them to oblivion I do like them. It's just that some people who randomly come across my blog think that I don't or maybe I just don't express it enough. Who knows?

But I do have one problem with AKB48, and that is Aki-P; it seems that Aki-P has this mindset that right now he can do whatever he likes and he will still make money off of the group. Well that's actually true, but it annoys me to no end... especially when he comes out with half-arsed vanilla songs and a cheap-ass or sell-out PV to sit alongside that song. Luckily Aki-P very rarely does cheap PV's, and when he does he actually does them right.

Sadly I do think that So Long! falls into that category of a Vanilla song with a cheap-ass, sell-out PV. Then again I may be the only one who thinks this at all, because I know that quite a few people enjoyed this PV.

I want to be honest (always am) and say truthfully that this PV seems to bother me a lot. In fact it annoys me and I really can't stand to watch it a second time round because of how much it gets on my nerves. When I watch it I just see a video which is extremely flawed and poorly structured. Call me a bitch or cynical but that is what I see whenever I take a look at So Long!. Maybe if there had been a clear direction in the video or a better use of editing it may have appealed to me more. I can find so many things wrong with this video and that is really saddening because AKB48's PVs are usually so amazing and have a great quality which really sets their video's apart from others. 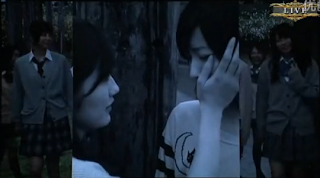 The first thing that I noticed about this video when I watched it was the lip-synching and how poor the girls were at it, especially Watanabe Mayu. I didn't expect the video to be out of synch like it was and it completely shocked me. Some parts were synched well, others weren't. I truly hoped that it was more to do with the video lagging but it's clear that it wasn't a lag; if this is the real MV, then that poor use of lip synching is truly there. It looks really messy and unprofessional.

Another thing that I thought was wrong with the PV was the storyline or direction it tried to take on; the video is all about the friendship towards Mayu and Jurina in school and what happens afterwards. In the end Jurina is married off and Mayu is pretty happy for her. Did I get that feeling when I first watched the video? No. I honestly thought that this video was portraying a deep, emotional relationship between Mayu and Jurina as a couple and not friends. I thought that they were lesbians. I actually wonder why I am so confused by it, but I guess the direction the video leads us in is a pretty poor one. I didn't expect Jurina to get married, either, and seeing her in the wedding dress was as random as could be. It made no sense to me at all. 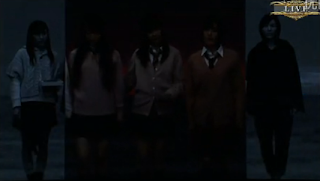 Another thing that I did not like about this video was the filter used and the obvious green screen; the filter made the whole video too dark and dull, and with the lack of emotion on the AKB48 members parts and with how tired Tomomi and Minagishi looked I really felt that this video lacked emotion and just felt completely lonely and extremely empty to the point where I got extremely bored watching it because nothing went on, each seem was the same in tone and feeling and the video itself made me feel sleepy and depressed. I understand that the filter is there to set the mood, but it set the mood poorly and only made me think the PV was flawed even more.

And then there's the use of green screen; when used correctly it is done well, but when used in the wrong way... well, just look at some of the scenes in this PV. The blankets the girls are running around with are clearly green screen sheets because the colours are too vibrant and do not match the filter or tone of the image they are used in. They stand out like a sore thumb and just look very cheap and tacky. 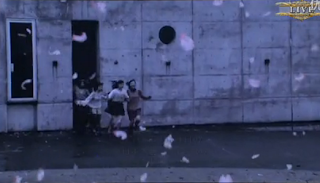 And don't even get me started on the falling Sakura petals that someone stole from the H!P effects vault. 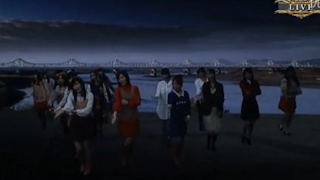 I actually noticed the green screen straight away, and when I say this I say this seriously; this is cheaper and tackier than Hello! Project's green screened productions. At least in Help Me!! they tried hard, here it's extremely clear that the girls were put in front of a screen and forced to dance. Sadly nearly half of this PV is green screened, and it's all so very obvious as if the editors didn't even try to blend the girls into their backgrounds at all. I swear I can even see little parts of their legs disappear into the background sometimes, that's how bad the green screen really is.

Hell even Kono Machi's green screen is better than this! 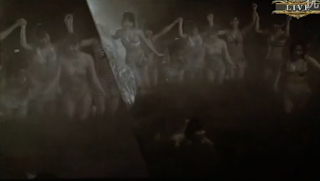 Going back to the unclear direction aspect of this PV; why is there this scene here? I'm going to guess that it's for the sell-out point of the PV I was talking about somewhere in the beginning of this review, because I really can not see a point to the scenes existence other than for the purpose of fan-service. This scene is as pointless as the Manatsu no Sounds GOOD! bikini shots. Really, why? It's useless and even if it is there for the purpose of fan-service, it's too dark to really see it! 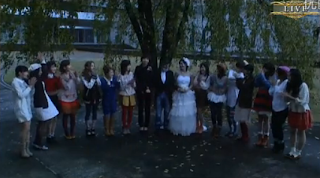 I may have to wait for a better quality PV to come out, but from what I have seen this looks to be a very poorly directed, messy and boring PV. It lacks in personality and is devoid of effort. I am sure that when the entire 64 minute movie (urgh) comes out I will get a better indication to whatever the storyline is in this video, but right now the PV really does not give a clear message about what So Long! is about.

I understand that this is a Sakura song and is based on graduations and departing from friends and your life as a teenager or child, but really, must you make it so depressing that even your viewers want to become devoid of emotion like the video? I watched this and I honestly felt like I had wasted 6 precious minutes of my life for no good reason, that's how bad I think it is. In fact, guess what? GIVE ME FIVE is better than this. I actually might have to go watch it to remind myself that AKB48 have a decent PV that's both cheap but seriously good in editing to keep some faith in the group for 2013.

It's a poor PV; the structure, direction, editing, style... it's all bad. It depresses me, the girls lack emotion and passion and the green screen is atrocious. This video makes me wonder how and why Aki-P green-lighted it for release to the public because it is just so terrible. The song itself is fine, very Vanilla and safe, but it's fine - the rest of it? No. It's bland, boring and just plain terrible. I don't like it at all and it really makes me wonder what 2013 will bring for AKB48 now.

I was really expecting something interesting at least, or maybe even cute. But no. All I get is a story that made me think Mayu and Jurina were in a secret relationship that never really happened and a whole lot of terrible green screen and shitty editing.

Thanks, Aki-P. Way to crush my hopes.


So Long! 6 Minutes of my life I will never get back... I regret losing you to this.