This is a post that I wanted to write for a while, however my motivation to write it has been spurred on by a topic created by Ray on Idolminded. As always, please do not take offence at my opinion; take it with a grain of salt, rice... whatever you want to take it with, and let it broaden your views on things. Do not take my word for everything I say; I only want to share my opinion with you all and let you know what I think about this subject. Thank you.

In a recent Idol Thought For the Day on Idolminded, Ray touched on the subject of changing the public's perceptions of Idols to make their careers easier. One of the topics he brought up was Idols and Boyfriends, a topic which is a bit taboo in the Japanese Idol society that we all know about. Of course Ray has said that this is not likely to happen but I wanted to share some of my own opinion and insight on the subject. 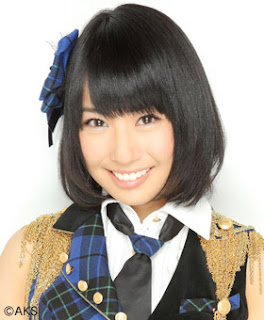 It is safe to say that the Idol industry in Japan is different to any other; if an Idol, especially one who is from a highly acclaimed group, is found dating despite what the guidelines say, then she will either be kicked out of the group or withdraw because she has 'done something unforgivable to her fans'. Either way an Idol dating will most likely result in her departure from the group unless she is very popular and can get away with it or another Sashihara Rino case shows up.

But is it right? I don't think it is, but I'm a Westerner, and as one commenter on the Idol Thoughts post said, we Westerners don't understand, or at least (to me) we don't understand it as much as the Japanese do. In Japan the system is a bit more strict, and for an idol - a female Idol especially - to date is risky business. Even having an ex-boyfriend can be risky, because it ultimately destroys that 'pure image' that has been created for the Idol who has dated, ultimately destroying the hopes of their fans who think that they have a chance with the Idol.
I would like to note that this system does tend to lax a little when it comes to male Idols though, with the males generally getting away with dating, but I do put this down to how Japan views certain things; after all, Japan is still quite a male dominated society, or at least it seems that way, hence why it may seem easier for a male idol to get away with certain things like dating. But this is just my view, so don't take my word for it. 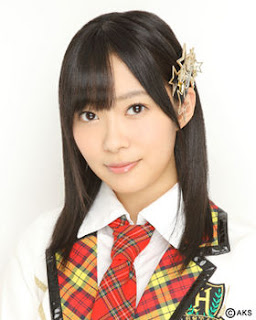 Again, the system is strict - but it isn't completely different to the system in America or Britain, either. Most singers or Idols now in the Western entertainment industry are free to date who they like, but that doesn't mean that their agencies don't try to stop them. The 'no-dating' rule, or a rule that they were not to get caught, was a little more prominent in the 90's when boy bands were big. Why? So that the fans could feel like they had a chance with a member of the band that they liked. It's the same with Idols in Japan now - it's that sense of availability and the 'chance' that the Idol might like the fan that fantasises about them one day. Of course when that Idol does eventually date, it ultimately breaks that fantasy and brings you back into reality, making you realise that you may not have a chance with the Idol or singer you have adored for so long.

This is the reason why many of the younger singers in America or Britain don't date in the early points of their career; it's to create the illusion that they are there for everyone, and that they are available to their fans and only their fans, giving their hearts and souls to the girls and boys who support them adoringly.

I want to use Justin Bieber as an example here of a modern day Western Idol. Why Idol? Because whilst he is technically a singer, he also sells more so on his looks and merchandise than anything else and what used to be that 'everyday boy next-door' image that everyone absolutely adored. It's also interesting to note that for the first two years of his career he was single. Why? To create the image of being available to his fans and only his fans of course. If he had begun his career with a girlfriend on his arm, I doubt it would have helped him as much as being single did because his tween fans adored him and liked the fact that they could think they one day had a chance with him.

Of course upon getting a girlfriend his popularity didn't waver at all, but there was a clear backlash; Selena Gomez, despite being pretty popular herself thanks to her Disney contract, received a good amount of abuse from female fans of Justin over the internet because she was his girlfriend. It doesn't sound right, but it happens still, and it's because Justin Bieber broke the fantasy of his availability for his own fans.

Not to say that all fans are like this, because not all of them are. There are actually a few British boy band groups out there now who have girlfriends and are readily accepted by their fans despite this, but for someone as big as Justin Bieber is in today's society, his availability played a huge part in how he was seen by his fans; he was a single young boy who all the girls could pretend would one day become theirs and no one else's. Once that fantasy was broken, the girls went to the internet to abuse Justin's girlfriend because they felt that she had done something unforgivable and probably thought that she had corrupted him in a way. 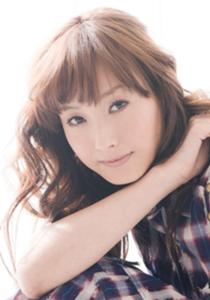 It may just be me who thinks this way, but I do see similarities between all societies and cultures in how we view our Idols and the ideals we have for them; Idols and singers are there for us to not just enjoy, but to also fantasise about and pretend that we have a chance with all of these Idols. Yes, the Western culture is a little more laid back in how we view things and we certainly don't kick out our Idols or singers for coming out and dating - if we did, then singers like Taylor Swift would probably be in debt by now - but there are similarities with how we like to see our Idols available and there for only us and staying pure for the sake of the fans.

When the commenter for Ray's post said that we Westerners don't understand that if AKB48 Idols date then they won't sell, I do think that they were wrong. To a certain degree we do understand; we're just a little more laid back about it and accept what comes, however we also use a different method of backlash if we are the sort of fan who takes our obsessive love to the next level; we threaten and rant about the person that our Idol is dating, not the Idol themselves dating. Unlike Japan, we Westerners tend to either take it out on the person who is dating our beloved singer or we sit back and don't care - it all depends on our maturity and/or obsessive levels, really. 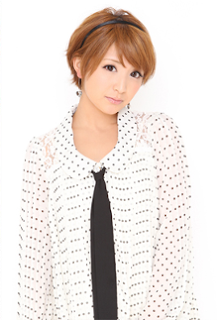 We all know that the dating rule for Idols in Japan won't end any time soon, but it doesn't stop us from dreaming that it will go, does it? Maybe it's because of how laid back Westerners are that we wish the rule was gone, because whilst the rule itself applies to our own Idols it is applied very loosely and only stays around for a few years or so.

And I love my Idols, but I do think that the way Japan see's things can be a little sexist at times - especially where it concerns female Idols and their purity - and with a vast amount of the fans being made up of middle-aged male wota, the no-dating rule is currently impregnable. Will it ever go away? Possibly, but not until Japan becomes more aware of the fact that their Idols also need love and care from people outside of their fanbase. You really can't expect these girls to stay virgins forever, and you can't expect them to stay true to a persona they created for the sake of society. Girls can only act like dolls for so long, really.

Until then though, the no-dating rule still applies. Of course this is only what I think; take my opinions with a grain of salt, and think about what the no-dating rule in Japan's Idol society means to you. Would you keep it or not?