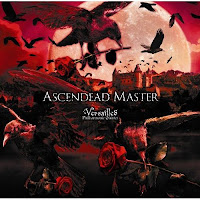 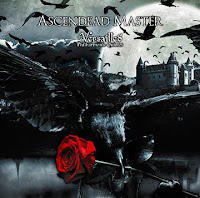 I know, I know; I haven't updated my Request week, and I am sorry guys, but my school work needs to come first sometimes, but apologies are in order. Forgive me...?

So apologies aside, I am back with Anni's third and what I will call 'final' request, which is by the group Versaille's. Yes, my dears, this is another Visual Kei PV review, and once again I feel like I am truly out of my element; I very rarely listen to this type of music, though I did go through a faze of enjoying mostly everything the group An Cafe produced, but I digress! Versailles is actually 'new' for me, as in I have heard of them, but I have not listened to them.

So I basically went into this song unarmed and unprepared, but did I come out wounded or greatly enlightened?

Who knows, though with a title like Ascendead Master, you can clearly tell that I went head-on into this PV with positive, happy thoughts about how pretty and sparkling this video would be, and what joins it would bring upon watching it... like Ponies and rainbows or something puke-worthy like that...

Nah, I actually went into this without looking at the title - no joke. I realised what the title said after about two listens of the song (no looking at the PV, weirdly enough) and thought 'attractive... reminds me of Burial Applicant and how positive that title was...'. It seems that these artists like violent titles, or at least titles that bring dread upon the viewers and listeners, because they aren't very fluffy like most Idol titles...

Oh well... who am I to judge the title of a song? As long as I enjoy it, that's all that matters right?

Well, we shall see, but for now, let's take a look at what Ascendead Master has to offer us... 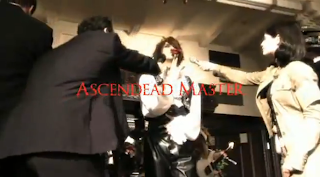 Okay, so I want to be bluntly honest here - this song and this PV bore me so much, and of course, I feel really bad for saying that, but it honestly does. It actually took a lot to motivate me to actually write this review because I found little to no inspiration from Ascendead Master. Unlike Burial Applicant and it's cool PV, or Namonaki Mori no Yumegatari and it's visual beauty or musical appeal, this song fell flat, and so did the PV.

It's not that it's bad, it's just that I find it rather unappealing in both how the music is structured and the video itself - none of it actually appeals to what I like, and it just gets to a point where I find the song annoying because of how little interest I have in it, which honestly sucks, but I guess I know what I like, and this song is not what I enjoy. 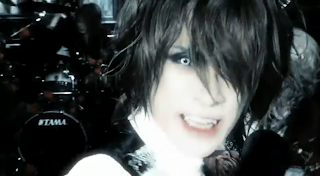 I guess that it doesn't help that this song is a little over 6 minutes long, either - and honestly, it does stretch on for me, and not in a good way; it sounds continuous, as if it's been on for longer and can last a great amount of time. I don't mind when songs do that... as long as those songs appeal to me, and this song certainly does not appeal to me in any way possible.

And it never helps when the PV stretches as well, and this PV bored me greatly. Now, I feel incredibly bad that I feel this way because this is a request PV, and I am also a massive people pleaser. However, I can't please everyone, as this blog clearly indicates.

Not to say that the PV is one of the most boring I have seen - I just find that it lacks what I enjoy, that and I find no appeal in Vampires of any sort. Okay, so the lead singer is quite the attractive man (actually, the drummer is sexy as hell too) but other than that, this PV left no lasting impression on me, and I put that down to the fact that there was too much going on with the band, and not enough on the story aspect of the video. 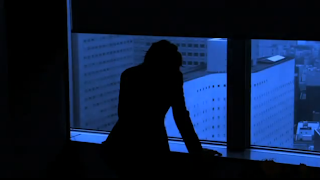 I don't think that there was enough to carry off the story aspect of this video when it came to the scenes; we had plenty of the performance and lead singer clips, but when it came to the additional scenes that seemed to lead somewhere, there was barely anything, and for me that ruined the PV quite a bit, because I was honestly interested in where everything was going.

Again, it's where the PV fell for me; the lack of additional scenes and how little the story itself progressed disinterested me greatly, and I quickly became bored of the the performance clips because there was so many of them which seemed so similar and uninspired - even the pretty get-up of the other members didn't interest me, even though the blonde guitarist looked very cute and menacing with the way he looked at the camera. Other than that, I found no interest in the performance - even the paparazzi/press annoyed me a little.

I do wish that there was more going on in the storyline of this video; there was either too little, or it became too confusing to follow during certain points, and that just bored me. Maybe I'm spoilt a little by how incredible the video's were for the other two requests that Anni sent me, but with this one... it really can not compare. 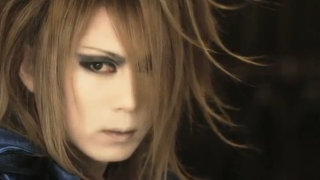 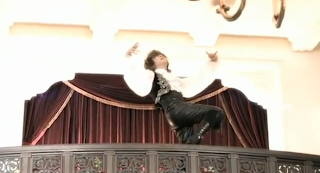 As I have already said, I find both equally boring. I get tired of the song easily and hope for something different, something a lot more appealing to me, and I find the video lacks a good, strong storyline that it could have had. Whilst vampires are not to my taste, I do think that vampires make for a good storyline. Sadly, the use of vampires in this video was very weak and unsatisfying, and it fell harder than I would have liked it to, because this video started off so promising. 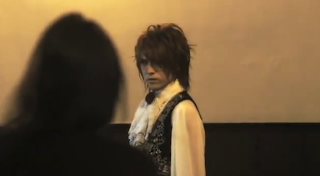 I would have loved to have seen more development, especially for a song this long, but instead I have a song and PV that I am clearly disinterested in. If the PV had been better, then listening to an entire 6 minutes of this song would have been much more bearable, and I would have tolerated it a lot more than I do now, but there is nothing that can really appeal to me in this PV. Not the members, the music or the visuals. It all bores me, and I can not stretch that any more than I already have.


Let's just say that I am glad I will never have to listen to this song ever again, because it truly does bore me.