Let's Take a Look at Nogizaka46's 'Seifuku no Mannequin'

Hate all you want, my opinion will still exist~ 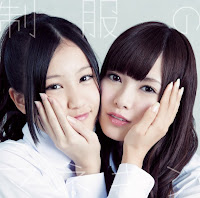 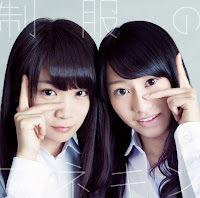 You all know how I feel towards Nogizaka46 as a group, right? If you don't, then I will be blunt but honest here: I think that, as a group, they fail in what they were made to do, and that is to be a rival group to AKB48. In my opinion, a rival group is a group which produces the same amount of quality as another group, and battles in sales with that other group by selling a single on the same day, not selling singles separately. That is why I view this group as a giant failure in what they are meant to represent.

Unless Nogizaka-Forty-Fail's management begins to schedule the release for singles on the same dates as AKB48, I will never consider this group a rival of AKB48. In my eyes they are simply the cheaper ad tackier little sister unit who is attempting to reflect the greatness of AKB48.

That all said and done, I would like to quickly point out that I am here to take a look at Nogizaka46's latest release, Seifuku no Mannequin. More so, the A-side. I generally neglect their singles because their vocals are pretty poor (or at least the front girls, yikes she sucks!) and they genuinely disinterest me in both their music and video's. At some point I may just give up on this group, but currently I find interest in how epically fail worthy this group is.

But surprisingly, Seifuku no Mannequin is actually decent!? I was taken aback when I first heard it, because despite the generic tone it has, it's actually one of their better A-side songs and is a lot catchier and cooler than the other crap they have released so far, other than Hashire Bicycle, that is.

When the information for this song first came out, and I saw the words 'cool' and 'dance' in there, I snorted and then proceeded to roll my eyes. I've come to a certain point with this group where nearly everything sounds like bullshit when I look at it, because as a group rivalling AKB48 they have not lived up to or met certain expectations. So I was actually shocked that, for once, the information surrounding the song and dance were actually pretty accurate.

But Nogizaka46 still have a long way to go in order to impress me, and because of my disinterest in dance heavy and dark video's, this isn't exactly the right way to go, but it's a pretty okay start, and this has to be the best video (especially in the wardrobe department) by the group since their début.

The video and song are actually pretty basic the more I listen to and look at the two, but they aren't unpleasant or infuriating, either. Hashire Bicycle, whilst a good song, was destroyed by an ugly PV in my eyes, but Seifuku no Mannequin does pretty well with a simple layout. No, this isn't the most interesting of simplistic PV's, but it isn't the worst, either. Actually, a lot of the complexity is within the dance itself, and for dance-hard fans, this will be a pretty good video to watch. There are good moves there, and it shows how much this group has progressed in the past year, though these are not the most complex moves I have ever seen, to be honest.

Still, it shows how good Nogizaka46 have become in terms of dance. Vocals wise I'm unsure, but that's what auto-tune is for.

Sadly the video is pretty dark, something I don't like in video's unless there's some form of contrast. This PV is all dark though, and that does nothing for me. I would have liked it more if there was a lot more light to it, because this song does not sound like it would fit a dance-heavy video. It isn't a disco song, either, like the strobe lights would suggest, so I think that a lot more light would be fitting, which would in turn make the video so much more attractive and appealing to watch. Actually, it's the atrocious amount of darkness and strobe lights which put me off of watching this video.

It's a good release from Nogizaka46, but I still think that for a group who rivals such a big act like AKB48, they produce poor quality stuff that is out-shined by other groups. The reason they sell is because of the act they are tied with.

Hopefully in 2013 this group will have high quality video's, costumes (PLEASE) and songs, and not the crap that they currently produce. Luckily this song is a good start to a better future... I hope.