2012 has been a busy year for many fans; Hello! Project's finally getting some decent promotion, songs are getting better, and AKB48 are still ruling the world with their generic million-seller singles (Manatsu no Sounds Good is the awesome exception).

But I think that we can all agree that this year has been the year where Graduations have overruled all. Disbandments, kick-outs, scandals, withdrawals... all of these relate to the loss of a member in a group, whether or not that member has left with dignity or humiliation. There is, of course, one group which has suffered the most from loss, whether or not the member is a Kenkyuusei or not. 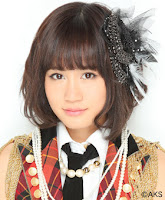 I can't stretch enough at how shocked I am with the amount of graduations and departures the '48 family have experienced this year. Not only did SDN48 disband earlier this year, but the group has faced many withdrawals or girls being kicked out. Adding salt to the wound, this was also the year where AKB lost their most popular and profitable member, Maeda Atsuko. No, sales have not gone down, but the amount of girls leaving (or announcing their departure) this year has been an astonishing amount.

Now, I was actually going to leave this article until a later date, because I had planned on writing something concerning the massive amount of graduations a while ago, but I wasn't sure if there would be more graduation announcements after Masuda Yuka and Sato Natsuki announced that they would be leaving the group. Well, if you're wondering what has kicked me up the arse to write this, it's mostly because of Kasai Tomomi's graduation announcement.

Firstly, I'm shocked by this - some people aren't shocked by the news, but others are, and that's only because she recently had her solo début  However, many speculate that this sudden graduation announcement is due to her unprofessional behaviour during her time on the Ougon Densetsu, a show which she left without warning and didn't apologise for. After reading about that (I forgot that she was the one who jilted the show, actually) I do think that it is one of the main reasons why she is leaving the group, because her behaviour reflects not just herself, but AKB48 as a whole.

But it isn't just Kasai's graduation which has made me want to write this article; it is everyone's graduation, including the Kenkyuusei, who have made me want to write about the graduations and my thoughts on them, and whilst many people may not count the graduations of the trainee members, as I have found out through my facebook, I do, because each one of these girls are an important member of a team and they each contribute something to their respective groups, and each girl has a fan who adores them and hopes for their début  So yes, I will be including the Kenkyuusei members, because they are just as important as the members that we see up-front. 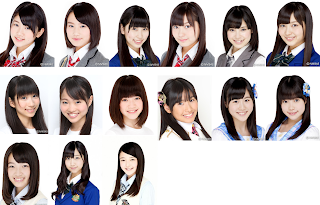 The reason why I actually wanted to begin this post is actually because of NMB48; reading an article on Tokyohive, there was a post which announced a graduation of one of the Kenkyuusei members, as well as a total of the amount of girls who had left the group. 13 NMB48 members at that time had either graduated or announced their departure, and that shocked me. It also made me wonder just how any girls had graduated from AKB48 itself, as well as the other sister groups. It didn't help that I already knew of a few other graduations within the surrounding sister groups, either, but my interest hadn't peaked so high until the umber of NMB graduations had totalled.

Right now, NM have actually lost 15 members, making NMB the group with the most member losses of the year as of right now.  Yes, most of the girls that have left or dropped out are Kenkyuusei here, the girls that some people don't regard as members, but they are still members and they still play a huge role in the group, no matter how many people seem to forget that they exist or fail to acknowledge their existence. These girls are still a part of an important group, and their departures have affected their friends within NMB48 as well as the people who support them. 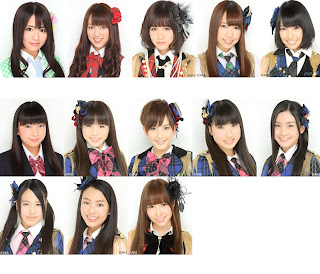 Next up is AKB48, who have lost, or will lose, 13 members from 2012, the most notable being the departure of Maeda Atsuko. Masuda Yuka and Sato Natsuki have also proven to be members who have affected the fandom with their graduation announcements, apparently being two of the better singers of the group. That's three girls who are pretty important to AKB48 and the fandom who have left or will leave. I'm also pretty sure that these three were a part of the original line-up (Gen 1-2), so many fans will know these girls well and will have grown with them.

And with Kasai's recent graduation announcement, that makes four original members of AKB48 who have graduated or will graduate. It's pretty shocking that many original members are backing out, but AKB48 has been going for a good 7 years now, and it seems that the girls are all old enough to decide what they want to do with their lives that doesn't revolve around being an Idol.

Again, Kenkyuusei here outweigh the amount of members lost, but it's pretty apparent that the main members who have graduated or announced their leave of the group outweighs the Kenkyuusei, because some of these girls are a pretty big deal for the fans. 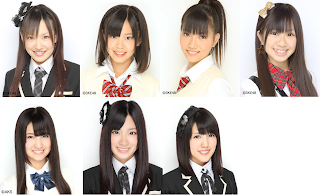 SKE48, thankfully, have not lost as many members as her sister groups have. There have been seven announcements and/or graduations from the group, with an equal amount of main members and Kenkyuusei departing from SKE. Even though 7 is fewer than the 15 and 13 we have experienced so far, it's still sad to know that the girls have graduated. I know that one of the girls, Yagami I think, was a member whom many liked, and her graduation announcement was certainly a shocking one for everyone. There was quite the outburst, actually, even causing quite a blow to Greg from Selective Hearing. His article concerning the graduation actually made me realise how much of an impact Yagami's graduation was having on people.

Even though very few have left SKE or will leave, the impact of Yagami's graduation alone is pretty big for the fans, and will possibly change how fans view the group now. Who knows? Either way, her graduation announcement was a shock for everyone, and actually overshadows all the other five graduations from SKE this year, I'm not going to lie. 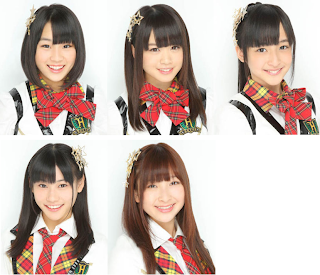 HKT48 have been a little luckier this year in terms of losing members, though it isn't deniable that they still lost members, though these girls left in a less than admirable way; i.e.  they were kicked out due to fraternising with boys.

Three out of five of these members are girls who became 1st generation members, and only two were Kenkyuusei, and whilst HKT have yet to officially début, the loss of girls is still saddening for their fans and members who have grown close to them. I'm glad that a small number have graduated for one of the youngest groups of the '48 family, but it's still sad that these girls had to leave with the knowledge that they had been outed for doing something they should not have done.

Finally, we're onto the last group; JKT48. I know that many people won't really bother with this group at all, me being one of those people, but JKT are one of the more promoted International groups out of the three sister groups who were created internationally. So far, they have only lost five members this year, much like HKT, but the reasons behind it are a little fuzzier than the rest of the 48 groups who have lost members. Actually, I only know of the graduations because one of these graduation announcements was posted on Arama they didn't.

I'm not really a big follower of JKT, but the graduations still shocked me a little because that's more girls leaving the '48 family tree, and despite the fact that the groups themselves are quite big and have plenty of members left, the amount of girls leaving is still pretty astonishing.

So far this 2012, 45 girls have left the '48 family groups. That may not be a lot for some people, especially those who don't take Kenkyuusei into account, but it's a lot for me, and the loss of certain members will impact the fans greatly.

Some of these girls have graduated for reasons which are questionable, such as going back to school to study or to find another career path. Some speculate that many of the girls are tired of getting nowhere in their respective groups, such as Sato Natsuki or any of the Kenkyuusei members, whilst some girls have left because of a scandal like Masuda Yuka or the HKT girls. They may just be getting older and realising that they want to try new things in life despite their importance to the group, like Maeda Atsuko or Yagami. Others may have been pressured into graduating, whilst some are genuinely ill and withdraw from the group to improve on their health instead of suffering within their respective group and constantly having others worry about them.

No matter what it is, these graduations are shocking. The amount of girls who have left for any given reason is astounding and I really can not believe the amount of graduations or withdrawals that the '48 family has experienced this year. Whether they are main members or Kenkyuusei, each girl is important and plays a role in the group, and their graduation, no matter how big or small, has affected the other members and their fans.

*Edited - 45 members are graduating, I missed one out DX