Okay guys, it is that magical time of the week again... Digest Time! Get ready to Digest~

So this week has been pretty good for H!P news I think, with a few other bits and pieces on the side that I randomly picked up. Thank goodness the week wasn't a total dud! Anyway, other than gathering news, I have been pretty busy + really really tired too, so I haven't been spending much time here DX Have yet to spend a lot of time online at all, really! Oh me, oh my DX

Also, this would have been up earlier if not for distractions... DX

SO, what is the picture of the week my dears? Let's take a looksy, shall we?

Anyway, poll time. Wanna know what it is, and yes, I actually have a poll question! My sister actually gave me the poll idea, so thank you, Mamba Pon!!!!

Who is Your Favourite Sexy Zone Member?

Haven't had enough Sexy Zone in a while, so hey, why not? So pick your fave member, or members, and have fun! So, who is your Sexy Zone fave/ Mine is Marius, of course! Such a sweety <3

... I swear I have done this poll before?

Anyway, I think that it's time for the... 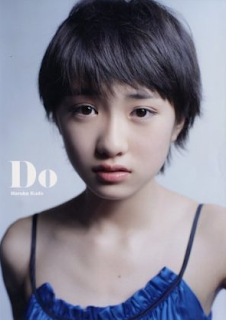 The cover to Kudo Haruka's first photobook, titled Do, has been revealed!

The Queen of Lollipops and Gum drops has once again graced us, this time in the form of her all natural beauty. Seriously, she looks so innocent and sweet here, nothing like her usual bossy attitude, am I right?

This girl will be a real looker when she's older. Damn, she is awesome... <3

A short PV or Sashihara Rino's up-coming single, titled Ikujinashi Masquerade! has been revealed. This version is the Muse no Kagami version, which shows scenes from Sasshi's single.

Shall I be honest? Yes, I will, because to be blunt, this short PV was hard to watch because of how bad the acting in it is. Oh boy Sasshi can not act... or at least that's what I think? But it killed me, I can't even watch the entire 2 minutes because I find Sasshi to be such a crappy little actress.

However, nice to see PV's appearing. Nice to see Sasshi only, actually. Yay.

Morning Musume have released a Sakura Oda version of Wakuteka Take a Chance, showing off Sakura as she dances to Wakuteka.

I wasn't expecting this... wait, was anyone expecting this at all? Well, regardless, it's pretty damn good I think that UFA are doing this in order to promote not only Sakura, but also the single. Okay, so her dancing looks stiff and lacking in refinement, but that doesn't matter. This is what will tide over the hungry Oda fans until the next single, I think, and honestly? Damn clever of UFA to do this.

Oh crap, I meant UFP. Promotion seems to be their aim now, DAMN!!! 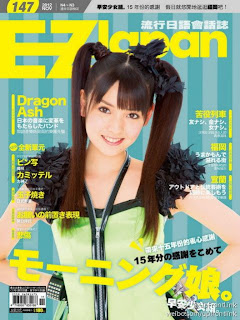 Promotion! Oh man, it seems UFP really are serious about this name change thing and it not being a joke... until next year, of course, when they begin to suck again, but that is not the point right now! PROMOTION! Of Sayu, no less, the one who is just awesome in a cute way~

Morning Musume have appeared on Thailand's TV show, Japan Bravo where the girls performed One Two Three and talk to the hosts as well as meet their fans.

Seeing this is really great because it shows just how loved MoMusu are in Thailand, and allows the girls to see their fans from another country and to realise just how much they are loved. It was great to see scenes of the fans who support the girls waving and smiling, and to also see the girls (Iikubo mostly) waving back! It's really nice.

Hopefully promotion like this keeps up! It's getting good!

The covers to Hello! Project's 2012 Summer concerts, KtKr and Wkwk have been released, showing the girls in off-shots during performances.

The covers are your standard affair, showing off the groups and the girls either individually or together. It's a nice little cover for each concert, and whilst not overly complex or well thought out, the covers are nice to look at. 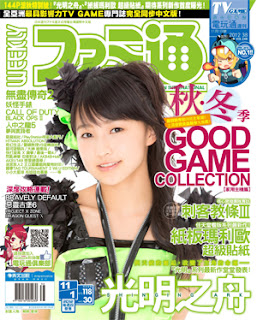 The Queen of Smug and Auto Tune (kinda) has graced the cover of Weekly Famitsu Taiwan.

Promotion! All hail promotion, even if it is for Smugleaf (haha Pokemon fan-name reference) and her ability to pop up everywhere even when you don't want her to. But, it is promotion, and promotion makes me incredibly happy because it means that Morning Musume get more of a push. YIPEE!!

Go UFP, you really are putting the promotion in your name, aren't you?

A full length preview for S/mileage's Samui Ne has been released for everyone to listen to, so check it out!

The song is quite a cool song, one which follows a similar feel to it that Suki yo delivered. It's different from the usual we get from S/mileage, but the song sounds nice and has a slight sad, Christmas feel to it, bringing on thoughts of a sad, lonely Christmas.

I'm not used to this new sound that S/mileage are producing, but the girls seem to get more and more diverse the older they get. Also, is it just me, or does this sound somewhat familiar? I can't quite put my finger on it, but I swear I have heard this tune somewhere else before... 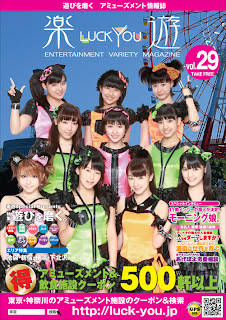 Morning Musume grace the cover of Luck You magazine.

1) Nice photoshop, I seriously can tell you have no idea what you're doing. It looks choppy.
2) PROMOTION WIN!!! 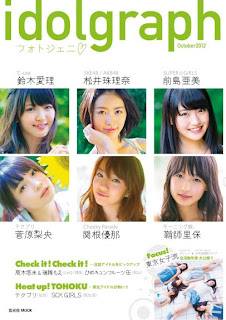 Suzuki Airi and Sayashi Riho both grace the cover of Idolgraph with some random SKE, Cheeky Parade, SUPER GiRLS and other chicks.

Promotion, again? Well, it's good, especially if two Hello! Project chickies are put on the cover! That, and the girls are being promoted alongside other Idols from big-name groups, so this makes me a very happy Winking Wota.

Promotion is key, guys~ No matter who it is, I guess~ 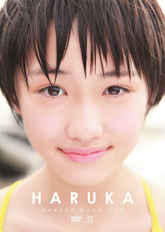 Our sweet little Lollipop Idol's image DVD release has a cover! It has been titled HARUKA and will contain absolute sweetness, you will get cavities! Check it out and enjoy, guys!

Let's just say I am happy that she's getting a photo book and image DVD. This girl totally deserves it, even though I know that I won't read it because she is loli bait DX 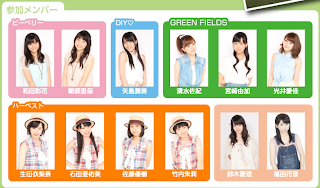 On November 11th, there will be a female-only Satoyama one day Bus tour in Hitachi Oota.

Sadly, it looks like only Maimi from DIY♡ will be going, which sucks because I don't like her, she is one of my least fave H!P members - the others in DIY♡ I actually really like. Sucks the one who is urgh is there DX

Anyway, bitchiness aside, it's great to see that the Satoyama units (plus the randomness of Airi and Kanyon, new duo?) are able to have their own bus tour and promote themselves to the female fans of Hello! Project, whilst also promoting agriculture life, DIY and other experiences to do with the country. It will be a great learning experience for the women and will hopefully give these girls more promotion and exposure! 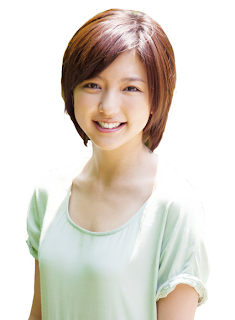 On December 23rd, there will be a Mano Erina fanclub event held.

Considering she will be leaving soon, this will be a great chance for fans to go and see their Idol before she officially graduates from Hello! Project as a solo singer. This probably won't be her last FC event, but if it is, definitely try to get there! 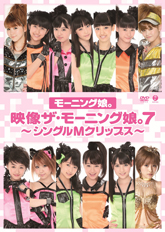 ... Looking a lil crowded there, ain'cha?

To be quite honest with you all, I am not overly impressed with this PV or the song. There's nothing outstanding about it, nothing which makes me think 'Omg wow, cute, pretty, fun, colourful...' like KuneKune Bravo did. It seemed like there was a lot more personality in her last single, but here there is less of that personality and more of a robotic like girl... no, I am not liking it so much.

It sounds... okay? But I am not psyched on it. I'll wait till the full song and PV comes out, though, but definitely check it out if you're interested.

A preview to Morning Musume's up-coming 2012 Hawaii Fanclub Tour DVD has been released, so check it out!

Now, not to be a bitch, but I swear Riho sounds really shit live compared to when she first joined Morning Musume. 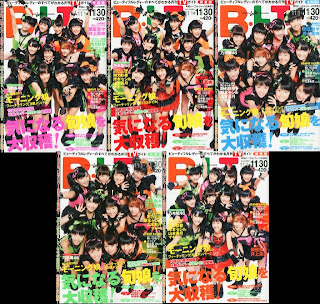 ... Aaaaand that is all for this eek! Plenty of H!P news, not enough of other news, but I keep ignoring everything on the internet right now.

Anyway, I hope that you all have a good weak ahead of you, and keep smiling and winking!