Another week over means another day of News Digest! Okay! DIGEST TAIMU!

I finally have a day off, from work and life, which means that I have actually had a nice day of paying attention to my blog as opposed to coming home tired and wanting sleep... Actually, I am also ill with Chiima Flu, but that came about on Sunday and it seems the worst of it was through Monday. Tomorrow, I go back to life by helping out on a small production by helping with call sheets, and then Thursday is College again. Whee...

I hate having a life xD Actually, I don't, but it hinders my time with my blog and you guys, so it can get frustrating... D;

Anyway, life problems out of the way, how have you all been? I've been good, so good I made a new banner...

It's far from great, but I really wanted something which showed my preference for Dream5 as of late xD One song and I am hooked! These guys are so refreshing, and I love the energy in Shekimeki as well as the group chemistry. When you get a chance, go and check it out guys. It's worth the watch, and worth the banner and background change.

... Though Haruna love is still there, and if Zukkini and Eripon had different poses, they would have been on there too xD

Also, picture of The Week!

Epic Zukkini is epic... so, what animal is this? The worm, the Catipllar? Who knows! xD

Let's see if Blogger is still a douche. It hasn't allowed my gifs to work lately );

ALSO, POLL TIME! And it's to do with Dream5, of course ;D

Question of the Week is this...

Who is your Dream5 Oshi?

And now, onto more important matters, such as the much anticipated (lol whut?)...


This weeks Hello! SATOYMAMA Life is brought to you by Dailymotion!

Late audition footage is finally here! You know, the footage we all wanted to see, but never got to see? Yeah, well, it's here. Nice way to bring it forth, UFP - you guys reallllly know how to amp up the anticipation, don't you?

... And that's all! Other than little clips of the recent Morning Musume concert tour, we get the much-anticipated audition footage that we never were able to see before the 11th gen winner was announced! So HURRAH! Great timing, UFP. You suck xD

Anyway, guys, watch it for the sake of the auditions! Obviously this is UFP promoting the heck out of Oda Sakura now, because she won't be active until who knows when XD 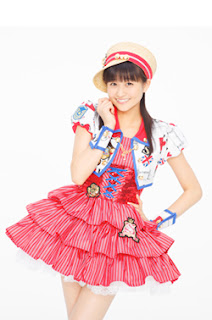 Wada Ayaka has sprained her right ankle during a concert, and will be required to rest for 2-3 weeks. During concerts she will take part in singing and MC's, but will not be a part of the dances.

It seems that a lot of Hello! Project members are injuring themselves as of late, and it's sad news when the girls hurt themselves and can't take part fully in a concert. I was quite sad at this news, regardless of how I feel towards Dawa, and I hope that she gets better soon and will be back to dancing for her group and her fans!

Fukumura Mizuki and Iikubo Haruna will hold a birthday FC event on November 9th. Ishida Ayumi will also be present.

FC events, especially for birthdays, are quite common, but it's exciting when you hear about them regardless. I am quite excited by these two being put together, especially since the FC event is titled High school Students. NIGHT! because the two of them are currently the oldest in Morning Musume out of all the new members. Also, these two birthdays mark special ages, with Fukumura turning 16 and Iikubo turning 18 (which is important for us Brits!). It's also great to know that Ishida, also a high school student, will be present during the event to celebrate with Mizupon and Chokubo.

Hopefully the event will be filled with plenty of games and songs and lots of ChokuPon love! 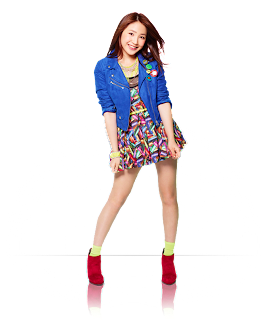 ... I already thought she had one? Well, either way, this is good news because websites = ways to get information on any events or updates that may appear that we don't know of. Anyway, I really don't have anything to say other than... YAY WEBSITES! -does Wota dance-

Speaking of websites and having nothing to say...
-coughIwillhavestufftosay,cosIactuallycareaboutthisone-

Morning Musume have opened up a website for their 51st single, Wakuteke Taka a chance!. The website includes Oda Sakura's profile, information on the girls, CD versions and even the youtube videos.

Oh lord, are UFA PROMOTING AGAIN? The world is really going to end in 2012, isn't it, because UFA seem to give a shit about Hello! Project now and their popularity ranks in the Idol world. But yeah... promotion, guys, more promotion! And a new website, which is always cool, and I am liking the cool look, and they used the Limited A type style cover as the header which happened to be my favourite, though Reg. edition is cool too. 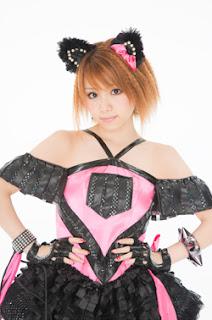 One Question: ... Will it include a ritual burning of those horrible cat ears? 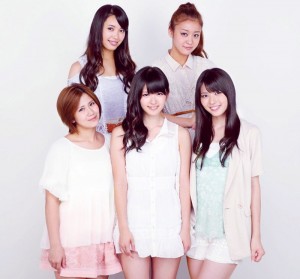 C-ute's up-coming Best of Album, ② C-ute Shinsei Naru Best Album, will be available in three editions, a Regular, Limited A and Limited B. Limited A + B include a PV (LA) or Documentary/Interview (LB), whilst the Regular will include a random trading card.


Seeing the track list for this album makes me excited, because I can see favourites in there already which everyone will know and love, including my favourite C-ute song JUMP. We have happy, genki songs and new cool songs which show the maturity of C-ute. It's an album filled with old and new songs which show the gradual change within the group from a youthful, fresh group who were childish and carefree, to a group which is mature and cool. I'm also liking the 'new arrangement' that we will get to hear with these songs, it will be great to see how they differ with different leads!

PLEASE give Sakura Chirari to Mai and Nakky, considering their voices will suit the squeak...

Anyway, I am looking forward to the album! 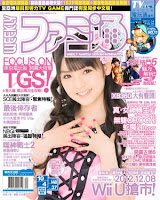 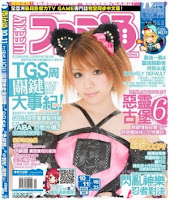 Michishige Sayumi and Tanaka Reina have been individually featured on of Taiwan's Weekly Famitsu!

Magazine covers are always great ways to promote a certain group or girl, but I haven't yet seen a magazine produce two copies with different members on the front... well, until now that is. It's great to see that the older girls of MoMusu are gracing covers together in a different way, promoting themselves and their group. Easily the most recognisable and more popular members, it's a given that these two would be chosen.

Looking good, girls, though the cat ears need to be burned during that ritual, Reinyan... 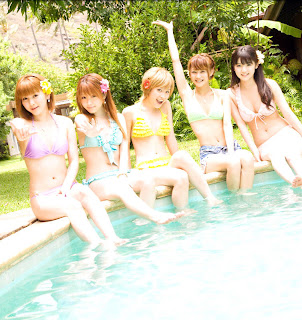 A 'Type 0' of The Matenrou Show (Song and MV) will be included on Petit Best 13, released December 5th and will feature Takahashi Ai, Niigaki Risa, Michishige Sayumi, Tanaka Reina and Mitsui Aika.

Now all it needs is EPIC line distribution and we are all set! OMGURD this is great news, I didn't think that we would get an OG version of this when I saw it on that Pachinko advert, but we are! Oh lord Gaki, guys, this is amazing news!

Who else is excited?

This song is the complete opposite to the A-side, which is energetic and happy and a little crazy in its own way, whilst this is quite cool and pretty calming to listen to. It allows the girls to use soft voices and express themselves differently. The song is actually really pretty, and will probably become my favourite out of the two songs present. It's really nice to listen to, and it's great to hear it in good quality!

Hopefully everyone can check it out and see what they think of the song! 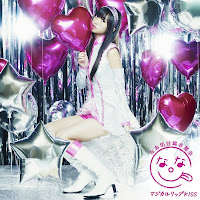 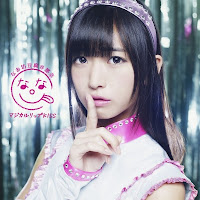 Naaboudoufu@Nana will be releasing her second single, titled Magical Lip KISS on November 7th. The jacket covers of the single as well as additional information has also been released. Tsunku, creator of Morning Musume and various other Hello! Project groups, has come back to write both the title and coupling track for the single!

Okay, so I'm happy! This is incredible news for me because I enjoyed Nana's first single, so to know that she will get a second single (with cute covers, too) makes me even more excited! Big chance the single will have that usual Tsunku flair to it, but I am more so excited for the DVD, which will contain a PV, a dance version and a cosplay version... COSPLAY VERSION, GUYS! The cosplay version includes a Maid costumes (FUCK YEAH, MAID COSTUMES), A swimsuit, a Santa outfit and a police uniform...

The song is really calm and slightly Christmassy from what I can hear. It's a gentle song, one which really compliments the voices of both Yui and Kaori (screw you, RAISE!) . It's simple and sweet, and really fits the image of a calm Christmas. The song is cute, and I like it. What more can I say? x3

Up-Front Agency have changed their name to Up-Front Promotion.

... Excuse me whilst I go bust out laughing and die from this joke. Thanks~ 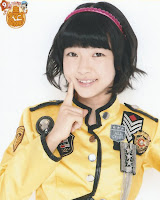 Hello! Project Kenshyuusei member Otsuka Aina will be absent from the S/mileage concert tour until November 10th due to left knee ligament damage.

Another injury? UFP, what do you do to these girls, seriously? The amount of causalities that these poor idols go through is a lot right now, it seems, and with one S/mileage down and Aina out of the same tour, it's a little worrying... Okay, I kid, UFP do nothing, but this news is always sad because you never want your Idol to get injured.

All we can do is hope that the poor girl gets better soon and is ready to dance and sing again! Get well soon Aina-chuu!

And that will be all for this week my lovelies! Another week of news rounded up and turned into a digest, all for your convenience! I hope the week has been pleasant for you all, and don't catch the Chiima Flu! Advice done and dusted x3