This is bloody surprising, to say the least. And you can bet your socks that I was expecting this as much as you guys were...

HouPri have a had a site change!? Say what? And updates on the members? And, what is that I see? EDGY COSTUMES!? A single update!? FREAKIN' EDGY ASS COSTUMES!?

I mean, I'm surprised... like, really surprised! I just went to look at the site for the off chance that there may be any updates, and I saw that there was a new screen in place stating 'PC' or 'Mobile', meaning that the site has gone under a new change where anyone can operate it, whether they are at home or on the go. Wow. I was not expecting that.

Well, I certainly wasn't expecting a whole lot of cool, either. UZA has some competition in the kick-ass costume department, I think. Holy... 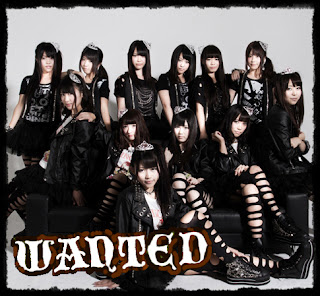 But I am not done! Why, you may ask? Because oh my lord Gaki and Takahashi rolled together, HouPri are holding auditions... Again! I swear, at this rate these girls'll be popping out new members like AKB48 does, which is the equivalent to rabbits. But still... auditions? What? Why? Graduation?

By lord, if Hitomin graduates, I might kick someone in the teeth. That girl finally got centre (Look at her in the picture, my GAWD!) and just look at how awesome everyone looks! Damn, I hope their new single is an edgy one...

Oh, and they're looking for a costume designer I think. I'm sorry if I am vague, but I am still digesting the awesome. 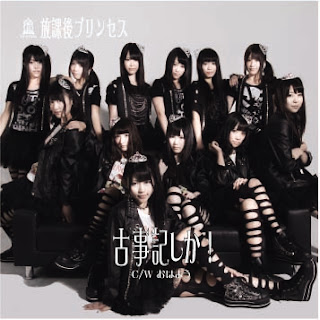 Insanity aside for the epicness of the group looks wise, let's talk about the single. Oh by lord, a new single! 3rd single, even! I swear, I thought that we wouldn't get to the third single until next year, with the rate these girls go. But holy cow, we're getting somewhere!

The single is titled Kojiki Shika, which translated to Only Kojiki through the google translator. The song may be about love, who knows, who cares? Those costumes, the girls... Amazing. I really want to listen to this single now, I really do! Too bad the translator (however crappy it may be) tells me that it is an event only release.

F**k you, HouPri staff. You killed my dreams.

There better be a PV. Don't allow those costumes to go to waste, okay?

Oh... the C/W is titled Ohayou, and the single was released on October 7th, by the way guys. Sorry if I am skimming details, but I am so effing stoked! You know?

Seriously... I am so happy. So. Damn. Happy. HouPri are actually doing something! Other than rehearsals, lives and springing up new members every few months, that is. 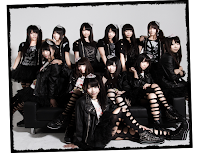 I'm ecstatic, guys, I really am. So much that I decided to make one entire post on these updates instead of adding them to Okay! Musume Digest, because I am just so freakin' happy and excited, I can't even... Yeah, you get me. You probably got me the first time, what with my idiotic happiness and the amount of time I caps lock the hell out of this post.

It's just been too long. Really long.

And bring out a PV, too <3 For good measure, love and cookies.

Oh, and if you hadn't figured it out yet, Chiba revoked her audition. Weird, I know, but I am happy. At least we get to see her look kick ass in this new outfit, and get to support her still! Thank you, Chiba, for wanting to stay! <3 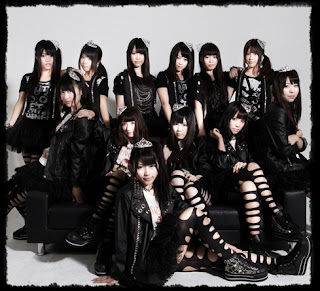